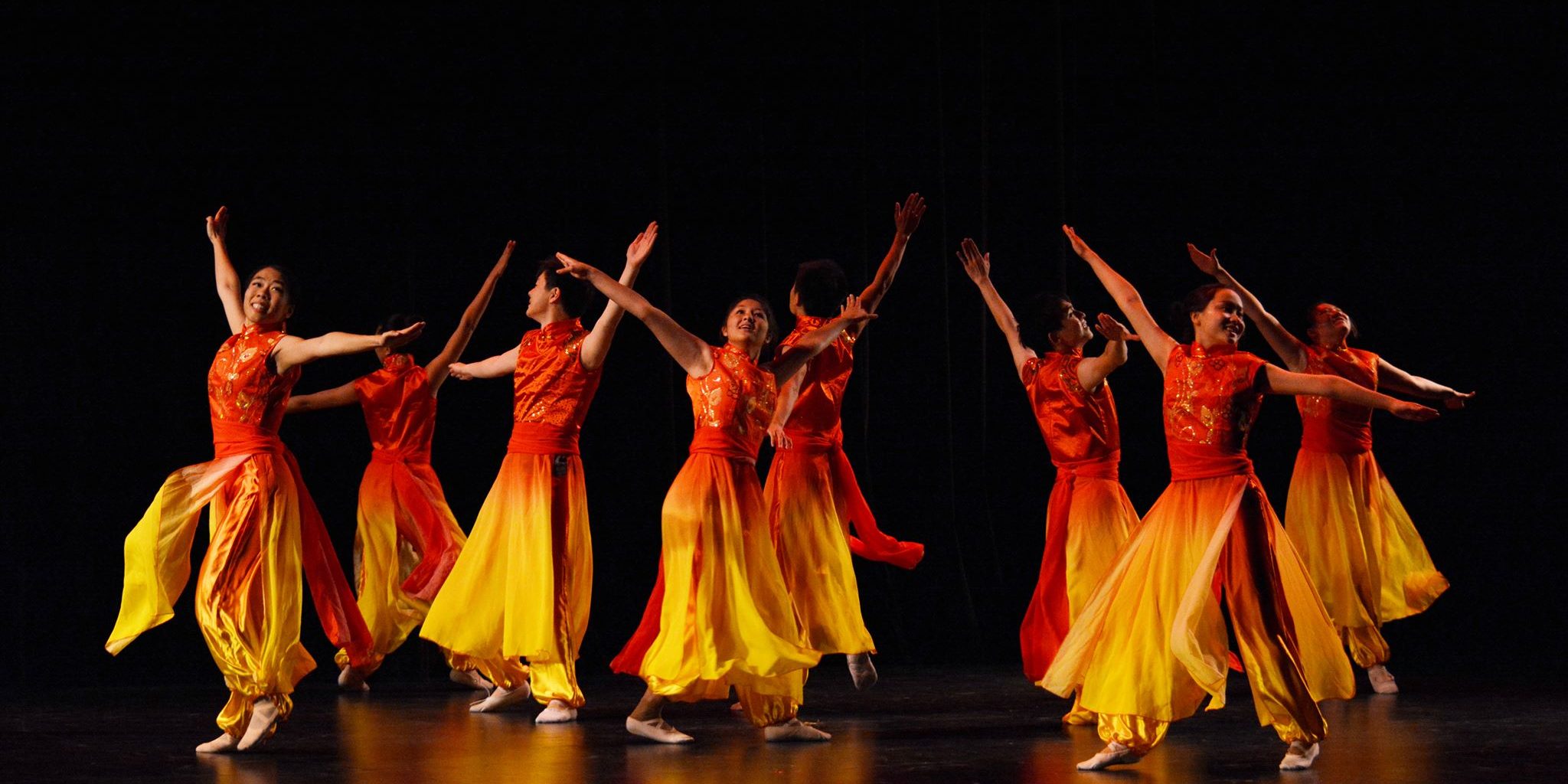 Seven water maidens in the Student Activity Center basement scooped water from the ground while people in meetings and study groups chattered on the sides. The maidens were in fact students and an instructor from UCLA Chinese Cultural Dance Club practicing a traditional Miao dance.

On Sunday, the water maidens, along with 32 other dancers, showcased their performances in the club’s annual show “Lotus Steps 2017: Fragments of Time.” In its 17th iteration, the show aimed to highlight the diverse ethnic dances found in China. This year, “Fragments of Time” emphasized the continuation of time, but with it the good (and bad) memories.

“‘Fragments of Time’ is about just seeing the year, remeasuring the year and the moments that happened because you don’t really go day by day like, ‘Oh, this is what happened.’ You remember your memories – they’re like specific moments. … That’s why I want this year’s show to bring back all the good memories that happened this past year and reflect and look back on that,” said Gigi Cheng, a fourth-year neuroscience student and artistic director of the show.

Preparing for the annual showcase is no easy task for CCDC staff, dance instructors, and the dancers. Practice begins fall quarter of the year and ends with the conclusion of the show. Instructors learn the dances themselves and adapt them to the number of dancers they have and the dancers’ skill level. In turn, the dancers practice the movements at home and come prepared for weekly group rehearsals.

One of the greater challenges in dancing is performing as a group, according to Calvin Liu, a fourth-year financial actuarial mathematics student who performed. The individual movements can be easily committed to memory at home, but each dancer’s individual motions have to all be in sync, especially in “Rings,” a dance about togetherness.

“We have to all stay in the same tempo because if … one of us turns the wrong time, it’s like very obvious. I mean, I guess that stands (for) most dances but this one more so because we’re all connected too,” said Liu who danced in “Rings.”

“Honestly, it’s just a lot of practice. We just run it through a lot and then towards the end is when we try to start to get a feel for the dance and you know when you’re in sync,” said Cindy Mach, a third-year psychology student who also performed in the show. “As dancing (as) an entire group, you start getting that feeling together more so than when you’re just running the movements by yourself.”

Despite the countless hours of practice, the diligence from the CCDC dancers paid off, as the audience members were transported to different moments and emotions throughout the year. From the daily routine of waking up and attending class in the dance “Twilight,” the happiness associated with “Strolling Through Spring Blossoms” and the feelings of “Nostalgia” when away from home and family, the CCDC dancers conveyed the flurry of feelings and moments that could occur throughout the year, enabling the audience members to reflect on their own similar memories and emotions.

Ending with “Winter’s Curtain,” the show leaves the viewers with a final thought: Whether one’s year has been stormy, or sunny, there is always a calm after the storm and a future worth looking forward to.