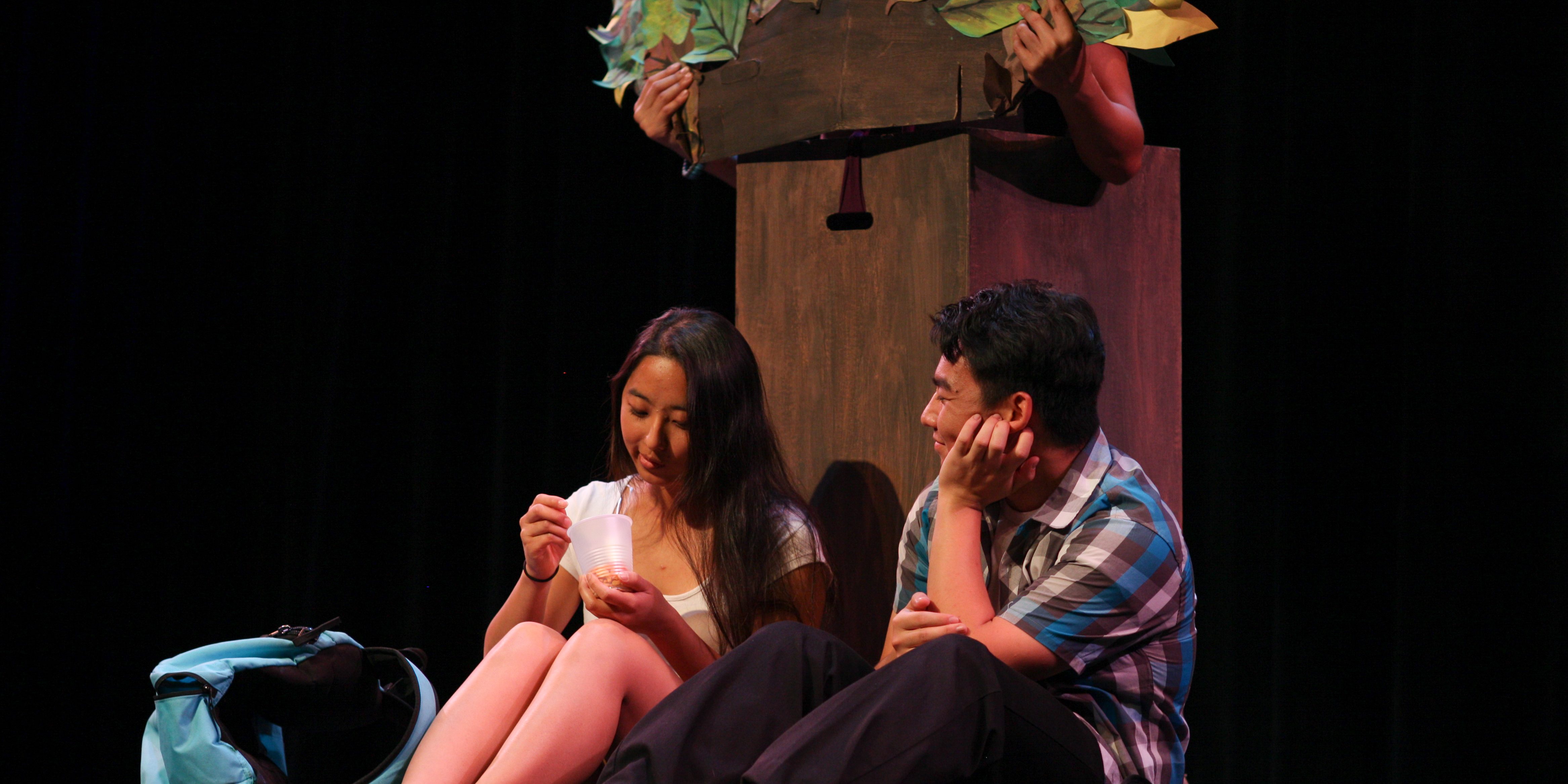 The UCLA Association of Hmong Students (AHS) held their culture night, “Boiled Chicken for the Hmong Soul” at 7pm in Jan Popper Theater May 26.

“Boiled Chicken for the Hmong Soul” starred Emily Chue as Chia, a Hmong woman who is unable to have children due to her disbelief in traditional practices. Including Chia are other characters such as Jim (Teddy Vang) , Zong Cha (Lovee Yang) and Xai (Jonathan Mouavangsou). “Boiled Chicken for the Hmong Soul” also entails Hmong shamanistic beliefs and shows how it plays in life.

“As AHS’s first culture night in a long time, it came out better than expected. The transition was pretty on point, and there were a good amount of performances. It’s clear everyone worked really hard on it. But my belief of the true purpose of culture show isn’t external—it’s internal!” exclaimed UCR alum Kyle Yang.

Attending Culture Night, like many other huge events such as High School Conference, which invites high schoolers to learn about Hmong Culture, and Friendship Games, which is a gathering of Hmong college students, are a few ways to gain rewarding experiences. Even though it takes a lot of commitment to make these events happen for others, we have to understand that those who make it happen also do it for themselves. For Culture Night in this case, the audience enjoyed the show, and AHS’s members were proud of themselves for producing the show.

“AHS Culture Night for me was an amazing experience that allowed for me to bond with AHS members in a way that I didn’t expect,” stated Isaac Nguyen, who performed for Traditional Dance. “We stayed up many late nights, had a lot of laughs, and overall left with indelible memories that I will carry in my heart.”

Like many other culture nights, Hmong Culture Night incorporated Traditional Hmong Dance, Contemporary Dance, and Hmodern, which is pronounced with a silent ‘h.’ For example, Hmong is pronounced as ‘mong’. In addition to dance performances, there was also the singing crew called Hmusic.

Co-director April Lor has a few takeaways for the Hmong community and attendees of the culture night. She said: “I want AHS to know that history is integral to creating meaningful art and that it is possible to work with a group of inexperienced people and create something out of it so long as there is passion and purpose.

“I also wanted those watching the show to get a sense of the complexity of Hmong American experiences. The contents of Hmong Culture Night are just pieces of the multiple refugee experiences of the community. I really wanted to highlight the importance of spiritual healing and wellness in the Hmong culture. I hope the audience was able to see how the Hmong understands that all life is connected, all the things that you do, past, present, and future, will and does affect you and all those around you.”