(Photo above via Wikimedia Commons)

Coachella is a time for music, friends, and the ultimate escape from the humdrum of endless priorities.

Coachella is also a time for young people to set and follow trends, to stick out and blend in, a mixture of hippie culture and international fashion trends. But this experimentation leads to one of the most striking issues facing the South Asian community—cultural appropriation.

Across the lawn and stadiums of the Coachella, Bonnaroo, Lollapalooza and SXSW music festivals, there is an ocean of sparkling foreheads and intricately designed patterns tracing the backs and arms of concert goers.

Unfortunately, these individuals have to realize that these so-called “trends” are not trends because they have been established thousands of years ago by a culture that has found symbolism within them.

The colorful little crystal and plastic pieces that are placed on their foreheads are part of the ancient Hindu South Asian culture, and it is often referred to as the bindi.

The bindi can symbolize many aspects of the Hindu culture, but from the beginning it has always been a red dot worn on the forehead, most commonly to represent a married woman. The bindi is also said to be the third eye in the Hindu religion, and it can be used to ward off bad luck.

Moreover, the henna tattoos that have become so prominent in the American culture are also a symbol for South Asian women during their weddings. Brides decorate their hands with plant-based paste, signifying the beautification of the bride before her wedding day.

Henna tattoos are not an everyday trend for people to sport when they do not understand its cultural significance. 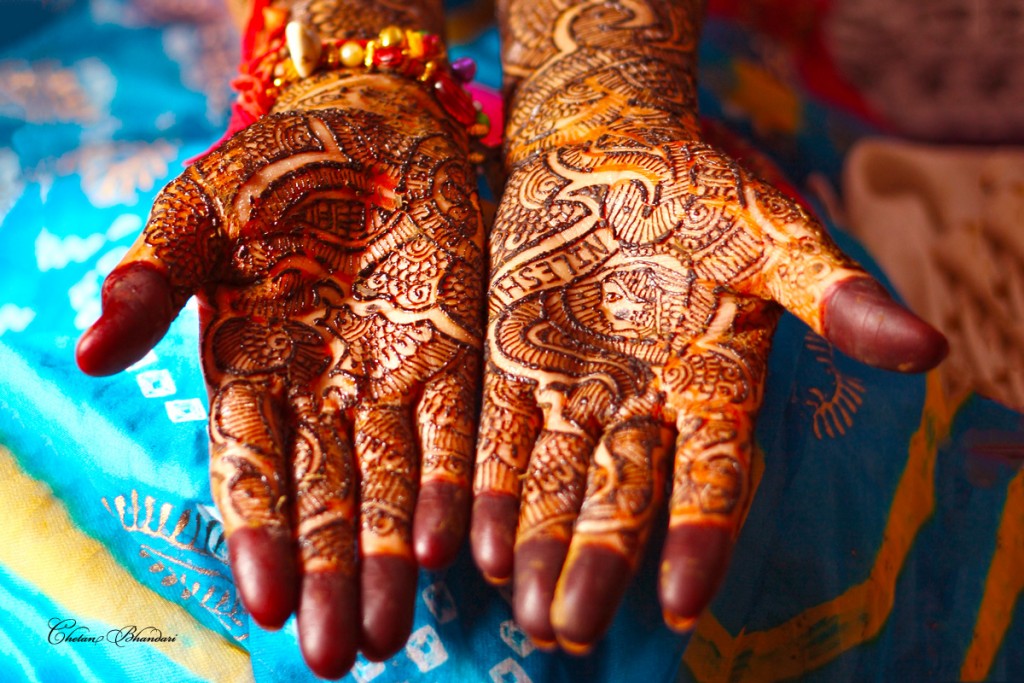 (Photo above by 6tann via Wikimedia Commons)

People have referred to the bindi as the “red dot.” They have often joked that those who have the “red dot” must belong to a Native American tribe.

Women wore headscarves and niqabs as a fashion statement at Coachella. The niqab is worn such that only the eyes are revealed, and the hijab (or head scarf) covers the hair.

Throughout the South Asian community, the hijab is a symbol for Muslim women to act as the flag bearers for the religion of Islam. You will never be able to tell if a man is of the Muslim faith, but you will immediately be able to tell if a woman is Muslim by the headscarf covering her hair.

It is frustrating when people who do not belong to this community wear it as an accessory to beautify themselves when in fact, it represents the concealment of one’s beauty from the eyes of those who are not given a right to see it.

(Photo above by anuarsalleh via Wikimedia Commons)

Much like the bindi, the headscarf was originally mocked as a symbol of oppression and terrorism, leading to cases of Islamophobia. Later, people outside of the Muslim community began to wear the headscarf as a fashion accessory and an icon of “beauty.” They did not receive the same backlash as the women who originally wore it.

The South Asian community is not happy with mainstream culture’s hypocrisy when people make fun of the bindi yet use it as an accessory.

If other communities wear something that belongs to the South Asian culture, they should wear it in the context of what it has symbolized for their culture for thousands of years.

Criticizing dominant groups for appropriating cultures is not an argument against an exchange of ideas and traditions.

In fact, dominant groups should be in solidarity with marginalized groups, especially when their cultures and freedoms are threatened by outside communities that choose to oppress them.

The basic foundation of  cultural exchange must be based on appreciation and respect.

The Reality of Disney’s Diversity

Westernization of the Gua Sha