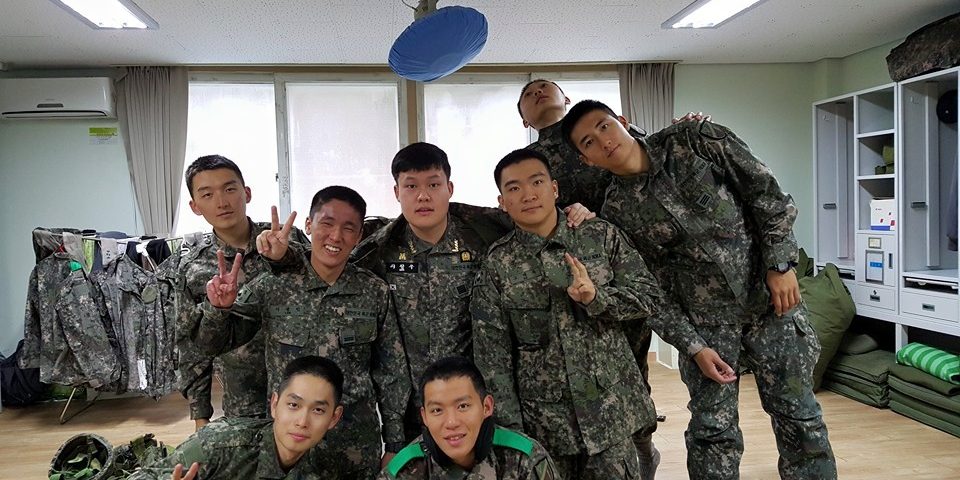 One year and nine months or 21 months. If you are a man born in South Korea, you need to join the Korean army for 21 months. Whenever I hear about missile attack from North Korea, I realize that Korea is still at war. The Korean Peninsula is divided into two halves with the dividing line at the middle of the peninsula. The majority of my friends, mostly the college students, are in the Korean army to be trained for the possibility of war in the future.

I see my friends becoming frustrated before they join the service. They want to get away from it. Imaging college students forced to stop studying for two years and have highly limited community. There is no freedom but all the regulations to follow and all the physical labors to do.

When I first entered UCLA in 2014, I met a very caring friend Sean Suhwan Choi. He was a junior during that time. Sharing common interests, we became good friends; however, he had to go back to South Korea in order to serve as a soldier. He mentioned, he was very upset with the fact that he had to drop everything he had and “forced” to join the army for almost two years. He seemed like he was hopeless.

It has been almost five months since he joined the Korean army. Whenever he has the chance, we call each other and update each other on our lives. I tell him about how awesome UCLA still is and also how wonderful the food in LA is. He always says, “I miss the everything in LA so badly.”

Sean also shared his life in the army.

When did you first entered to the Korean military?

What are your major jobs as a soldier?

I am a “sapper” or a combat engineer. Although we are described as “combatants”, we are not to fight the enemies face-to-face. As our motto “First in; Last Out” says, we enter the battlefront before our forces in order to slow down the advances of enemy or facilitate our teams’ advances. To carry out such missions during the actual war, I have to be trained in dealing with demolition, explosives, mines, and constructions.

What are the types of trainings are you working on?

Basically, I work on three types of trainings. As a sapper, I work on developing the skills and knowledge necessary for my battlefront missions. As a combatant, I do all the basic military trainings on a regular basis: gunnery exercise, physical trainings like push-ups and sit-ups, and loaded marches. As a soldier, I also learn to the appropriate methods to respond to North’s actions – provocation, spy infiltration, all-out war, etc.

What are the values you’ve got to learn from the practices?

I would say you get to learn how to sacrifice yourself for the country. Well, we are basically serving as a soldier for the security of South Korea. It is not easy for us to give up on my interests, study, friends, and others for almost two years. But, I get to learn what it means to be a South Korean and work to build the country’s security. I also get to learn how to sacrifice and work for a team. Under the strict censorship in the army base, I have to be with my “co-workers” 24/7. To derive the better productivity while maintaining the good relationships, I have to compromise my personal interests and my lifestyle according to expectations of others. Having served in the army for only 5 months, I am still struggling with this environment, but I still appreciate this challenge.

If there is one, what would be the advantage of the army service?

Well, I get to learn how to appreciate what I had before I came here: my family, friends, study, food, and so much more. In the Korean army, we don’t get to have lots of the opportunities to leave the army base that many leaves; on average, we can leave the base and visit our family once every two months. Living in isolated, strict environments makes me to think about what I have taken for granted. I realized that I’ve been really blessed.

Oh, I also get to have time to think about myself too. I spend time thinking about what I am going to do with my life in general like plans for future career, development of personal characteristics, and so on.

Lastly, the army makes me strong both physically and mentally. My life in the army constantly challenges me in many ways, and I had to learn how to overcome those with my friends here.

Lastly, what is your plan after you come out from the army base?

I am definitely going back to UCLA. I will go back and study really hard. I am not certain what I would really want to study in the future. But I would say, I could think about it for the rest of my time while serving as a soldier. Once I am out from the army, I expect to have clearer future plans.