Review: Spiraling Down the Rabbit Hole, ‘The World of Kanako’ 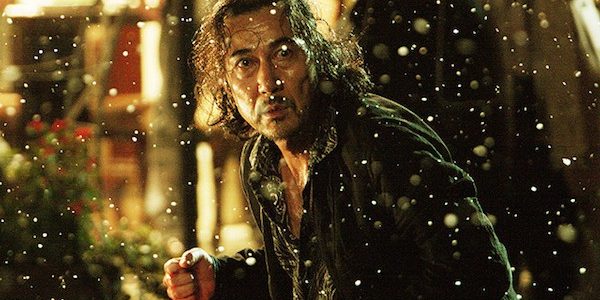 Advertised as “shock therapy entertainment” in the trailer, “The World of Kanako” is certainly not a film for the faint of heart (or stomach for the matter). This film can best be described as a darker version of the “Taken” storyline with Tarantino’s over-the-top violence. Yet, if one can look past the spurting fountains of blood and disturbing use of household appliances, the story itself takes viewers on an intriguing exploration of the human psyche.

The original Japanese title, “Kawaki,” literally means thirst. The film is driven by an unquenchable thirst—for love, dreams, revenge, and a great deal of blood. Each of the characters has a desire that drives them further and further down the rabbit hole. As the film peels away layer after layer of the mystery, each character also reveals an even darker and more twisted part of their nature. No one is exempt—everyone has something to hide in this story.

The film opens with a visceral close-up of two characters’ mouths, one spitting out, “I hate you!” and the other whispering, “I love you.” Though these lines do not reappear in the film until much later, they set the tone for the jarring imagery and oscillating emotions that define the movie.

The main lead, Akikazu Fujishima, was once a detective and married man, but now divorced and teetering on the brink of madness due to his schizophrenia and alcoholism. Despite his frenzied and violent personality, he somehow remains a sympathetic character to the very end. Fujishima is just a father searching for his lost daughter—albeit one that will shoot, stab, and torture anyone who stands between him and the truth about his daughter. 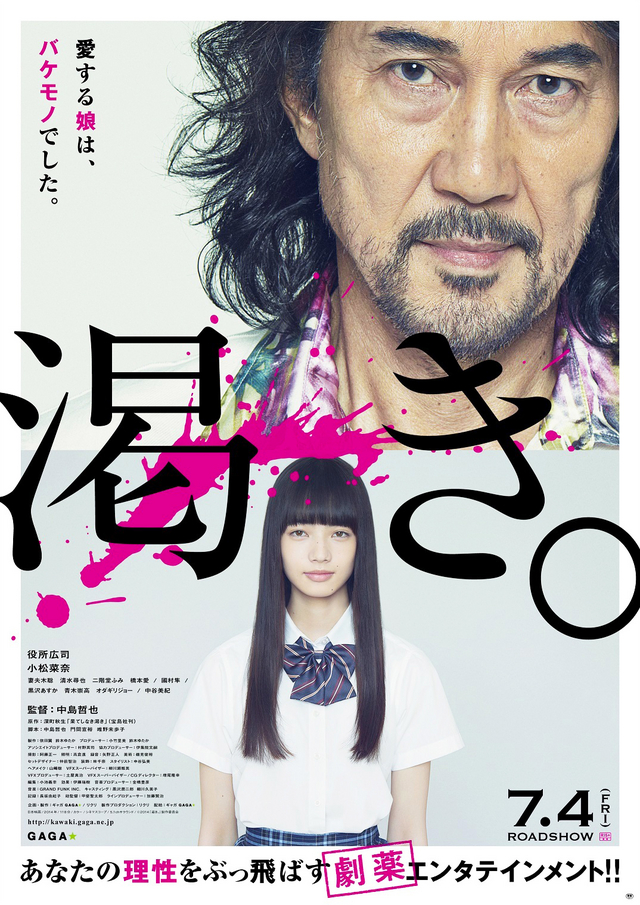 The film’s namesake, Kanako Fujishima, wears the mask of a sweet girl, smart and well-liked by her classmates. As her story is revealed in a series of flashbacks, however, it becomes obvious that Kanako utilized her innocent persona to manipulate those around her into fulfilling much darker purposes.

One iconic sound that repeats throughout the film is Kanako’s laugh. While the sound itself never changes, its meaning transforms from something lighthearted and pure into a terrifying symbol of her insanity, echoing through an increasingly sinister flashbacks. Kanako is frightening because she displays these human emotions, yet acts with the nonchalance of a true psychopath.

This film captures the audience’s attention with its arresting storyline and intentionally over-the-top visual effects which director Tetsuya Nakashima is known for. One can only watch with a sort of morbid fascination as each character runs further from humanity and closer to their eventual demise (whether mental or physical).

There is no real resolution to this story, only a frantic chase that twists and turns until it becomes metaphorically buried in the same blizzard the surviving characters face at the end.