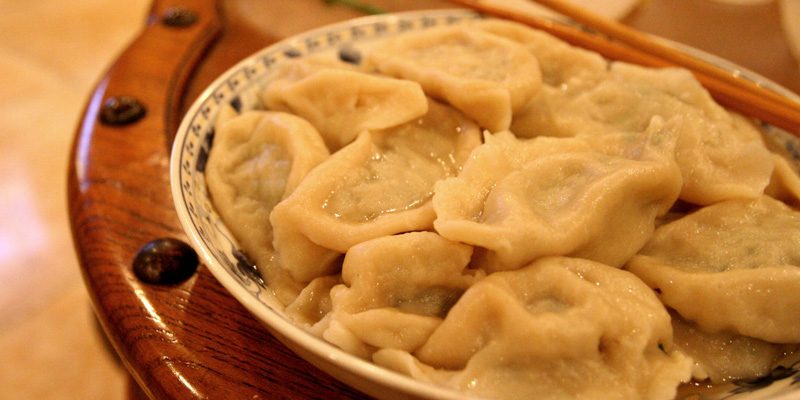 Lunar New Year, which fell on February 8 of this year, does not rely on the Gregorian calendar, but rather follows the cycles of the moon. Thus, its date varies each year.

I interviewed newsmagazine staff members, who are UCLA undergraduates, to learn more about the different ways people celebrate Lunar New Year. They all happened to identify as Chinese Americans.

Find out how committed they were in celebrating the new year below:

How do you celebrate Lunar New Year?

Serena Siu: I celebrate in two weekends. Weekend one consists of going to my aunt’s house on my father’s side and weekend two is at my grandmother’s house on my mother’s side. We usually arrive at 10 a.m. and leave around 2 a.m. the next morning.

Lucy Ma: In Guam, I celebrate with my immediate family because most of my extended family is in China. We usually order a lot of food from the caterers. Beforehand though, I have to clean my room because cleaning the first few days of Chinese New Year is symbolically cleaning away the good luck. In China, I celebrate with my extended family and the celebration is usually at my grandma’s house. We stay up the night before to watch the annual show that is shown by the government. We also light firecrackers and sparklers that I can’t normally do in Guam.

What do you look forward to?

Serena Siu: Seeing my aunt’s dogs, the food, and seeing all my relatives.

Karin Chan: The festivals in my hometown, Alhambra. There’s a higher concentration of Chinese people there and so the festivals to me represent the changing times. The fact that Alhambra now reflects the residents in the area through Lunar New Year festivals makes me happy.

What kind of food did you include in this celebration?

Serena Siu: Fish, meat, vegetables. A lot of food and different types. We also eat noodles because it represents longevity.

Lucy Ma: We have all types of food, ranging from vegetables to meat. We also have fish that my family intentionally does not finish, in order to create leftovers. It goes behind the idea that every year there should be a surplus of food.

Vivian Giang: Our food in the past has been intense. We have eight different dishes, some that consist of dumplings, fish, noodles, and soup with seaweed. The dumplings resemble money and the fish represents prosperity.

Vivian Giang: The capitalist in me says the envelopes. But I like the concept of Chinese New Year as a time to spend with my family.

May Zeng: I like that it’s an ancient tradition that still survives in modern-day America.

What are some traditions that you and your family practice for Lunar New Year?

Karin Chan: My mom told me that I can’t buy shoes in the first month of Chinese New Year because in Cantonese the word sounds like “coarse” or “rough” and no one wants to have a rough year. Haircuts! Even though I didn’t this year, I was told to cut my hair before Chinese New Year begins.

May Zeng: We honestly observe Chinese New Year when it’s convenient for us so it varies year to year, but we always make sure to call my grandparents.

What’s your favorite memory from the holiday?

May Zeng: One time, in my sophomore year of high school, I tried to surprise my mom by making dumplings and 8-layer rice cake (黏糕／年糕, “nian gao”) with fruits and seeds. The water boiled dry when I was steaming the nian gao, so I poured cold water into the pot and cracked the bowl in half, so my mom came home to this burnt, sticky mess of broken glass instead of tasty, plump rice cake. I did make dumplings from scratch from what limited ingredients we had in the fridge, and my mom was really impressed by those. She was so touched by my efforts at making some semblance of Chinese New Year dinner, that she wasn’t even mad about the broken bowl and burnt pot.