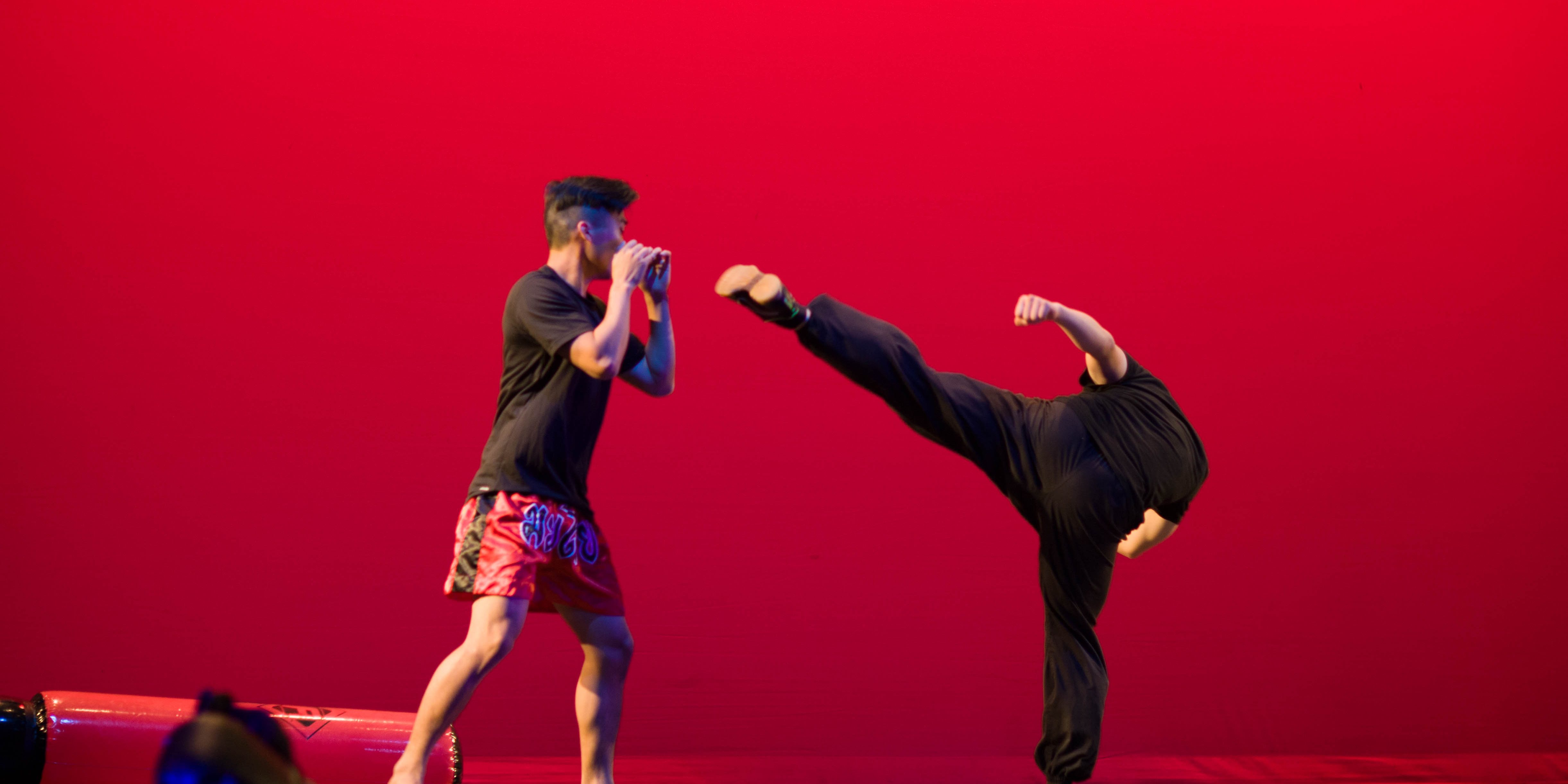 Despite some ups and downs along the way, the Sunday production of UCLA Thai Culture Night, “Just My Luck,” had no trouble bringing smiles to the audience’s faces on show day.

This lighthearted romantic comedy follows Andy and Kip, two Americans who set off to Thailand for a relaxing vacation. Things quickly take a turn when they realize Kip had accidentally booked tickets for two separate tours – thus, Andy is roped in to the Thai Historical and Cultural Extravaganza with the overly enthusiastic and slightly possessive tour group leader, P’Nice.

Along the way, Andy encounters Dao, a Bangkok native, and the two begin an unlikely friendship that slowly develops into something more. In between drama scenes, various performance groups such as traditional dance, modern hip hop, Look Toong (country pop), and Muay Thai (boxing) gave the audience a glimpse into the makings of Thai culture.

“Each year’s show has been representative of the director,” said Thai Culture Night director and fourth-year Jackie Phuekhunthod. “Thus, this year’s show had a very classic Thai entertainment style I wanted TCN 2015 to have the same warmth and Thai charm that I feel whenever I visit family in Bangkok or watch cheesy Thai romantic comedies with my mother.”

The TCN cast began working in September to assemble the production, putting in weekend “hell nights” and extra rehearsals as the show day drew closer. Additionally, cast members made extra effort this year to promote the show due to the coincidence of multiple events occurring on campus that day.

By the morning of April 25, all the pieces of the show were seemingly in place, but fate determined that an unexpected disaster would land in the midst of final rehearsals.

While on break from rehearsals, the cast returned to the green room to find a number of their electronics missing. After a frantic search, they came to realize that someone had walked in when the room was empty and stolen the valuables.

“The police had to conduct an investigation and our show day schedule was pushed back to the point where we had to cut out an entire run-through of practice,” Phuekhunthod said. Staying true to that oft-heard theater adage, however, Phuekhunthod decided that the show simply must go on. Fortunately for the cast, their 7 months of preparation clearly paid off, and the show ran smoothly with no further mishaps.

“[The theft incident] was demoralizing for all our efforts and hard work, but I was so deeply touched to find that everyone pulled together and worked even harder to push through despite the circumstances,” Phuekhunthod said. “The perseverance really defined TCN 2015 and made our show that much more special and meaningful to us.”