Not Just a Love Story 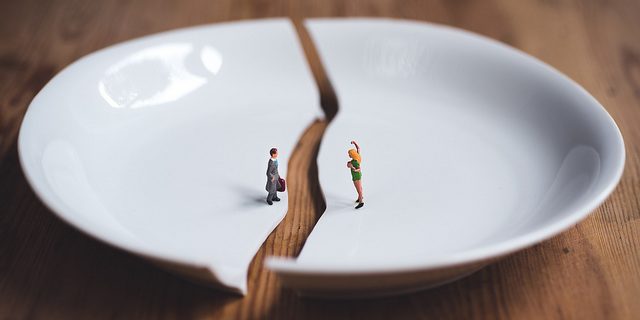 When I was doing a reading log for my Japanese class, I was attracted by the story about a Japanese traditional festival — tanabata (七夕), or the Double Seventh Festival. This story caught my attention because this festival is also celebrated in China, and its names have exactly the same form in Chinese characters as  in Japanese kanji.

Proceeding with the story, I realized that the setting and the plot are nearly identical to the Chinese version; both tell a love story of a cowherd and a weaving girl who married each other but were forcefully separated by a god. On the other hand, there are some interesting differences between the two versions of this story that make it not just a love story.

For example, the cowherd and the weaving girl are both human in the Japanese version, but one is a human and another is a celestial being in the Chinese version. More importantly, in the Japanese version, the god separates the couple as a punishment for slacking at work after being married; in the Chinese version, the god sets them apart because of their different natures or “class,” as one is mundane and another divine. Looking at these differences, I began to wonder, why did the story for the same festival transform into distinct versions in different countries?  Did these differences reflect something about the values or social norms in each society?

The most unique difference between these two versions, I believe, is the cause of the couple’s separation. In the Japanese version, the couple enjoyed their married life but neglected their duties. The cowherd failed to take care of his cows, leaving many of them dead because of sickness; the weaving girl produced shabby clothes, which bothered those who wore them. Besides explaining the origins of the Double Seventh Festival, I think the story parallels Japanese society’s emphasis on work and duty.

By giving a tragic ending to the couple who prioritized personal life before their roles in  society, this allegory sends the message that people should carry out their duties and be responsible to others, or there will be consequences. This coincides with Japanese culture and work ethics, where collectivism is always prioritized, compared to individualism. Perhaps, this value attributed to Japan’s current competitive job market, where only 60% of people have a “job for life”. Those who procure this status would “rather die at work” than giving it up. This expectation creates an intense work culture, and imposes harm on the young generation as many of them found themselves facing long working hours, low wages, and pro-business laws.

The Chinese version sends a quite different message. The couple ended up with a tragic life because they violated a heavenly rule, which prohibited marriage between a mundane and a divine creature. Although their marriage did not impose harm on anyone — their separation would actually deprive two innocent children of their mother — the cowherd and the weaving girl were eventually parted by a god. This ending also reflects one of the most important social norms in Chinese culture — “matching doors and windows”, which means one should marry someone from the same socioeconomic class. Traditionally, marriage in China were usually arranged by parents or elders in the family, and were used to strengthen connections between two families.

In 1950, although the Marriage Law banned arranged marriages, young people often found themselves marrying someone who were recommended by families or friends. It seems to me that the story portrays the couple as victims under this outdated norm, and uses the god as a representation of parents or elders in the family who prohibits their sons and daughters from marrying someone in a lower socioeconomic status. At the end of the story, the couple’s love touched the magpies, which form a bridge once a year for them to reunite. In my opinion, the story implicitly suggests people resented the arranged marriages.

Would the the cowherd and the weaving girl live a happy life in current Chinese society? The reality is no less discouraging than this tragic love story, because even  now, the norm of “matching doors and windows” when finding a spouse is still commonly practiced. Because more and more young people in China choose to marry at a late age, their parents eventually start to pick a match for their children. Anxious parents print out their children’s information which usually includes education level, age, income, and property, and take it to the “marriage corner” where they exchange information with other parents. Moreover, the young generation also follows this norm of entering their location, age, income, and other information  on dating websites to seek relationships with those who come from the same socioeconomic status, and filter out those who are not.

The cowherd and the weaving girl may not even have the chance to meet if they were in modern society!