CSSA showcased a variety of performances, which included musical performances with traditional Chinese Instruments, modern and traditional dances, songs from popular Chinese/Taiwanese movies, a cappella performances (in Chinese, of course), crosstalk (a popular type of comedic show in China), and a brilliant play as the finale.

However, the Chinese New Year Culture Night still had some letdowns. Prior to the show, CSSA had promised to have English subtitles for those who do not speak Mandarin Chinese, but for many of the performances, such as the singing and comedy performance, no translations were included for non-Chinese speakers.

Moreover, the play, Home Coming, had minimal subtitles projected on a screen in the background. The translation would have enough for the audience to understand the general plot, but many details, humorous punch lines, and character development dialogues were abbreviated with “…” or not translated at all. The lack of quality subtitles negatively impacted the play’s potential to effectively communicate to people of other heritages about the problems and hopes people in China face today.

In the play, five very different people – the owner of a restaurant, a young man who works there, a young woman, a driver, and a young girl – happen to meet in a restaurant on the Chinese Lunar New Year’s Eve. At a time when people should be at home with their families, these characters, with their own ambitions, struggles, and background stories, represent a minority who does not have a warm home to return to on New Year’s.

These characters also represent archetypal struggles in Chinese society today. For example, the young woman, who was originally from the countryside, was enthralled by the lives of the people living luxuriously in the city. So she left her home and childhood friend (young man) to marry a rich guy

However, before New Year’s, her rich husband divorced her and she laments about her life to the others in the restaurant. The young woman’s experience is not unheard of in China and is a good representation of how materialism has become more dominant in the Chinese society today.

Despite the inadequate subtitles, CSSA was able to create a nostalgic show, especially for Chinese students away from home. With the entire night’s performances spoken in Chinese, the sentimental longing for home was enhanced.

The mannerisms and atmosphere of the show were reminiscent to those of the annual Chinese Lunar New Year show, New Year’s Gala, also known as the Spring Festival Gala or Chun Wan (春晚: literal translation “Spring Night.”) 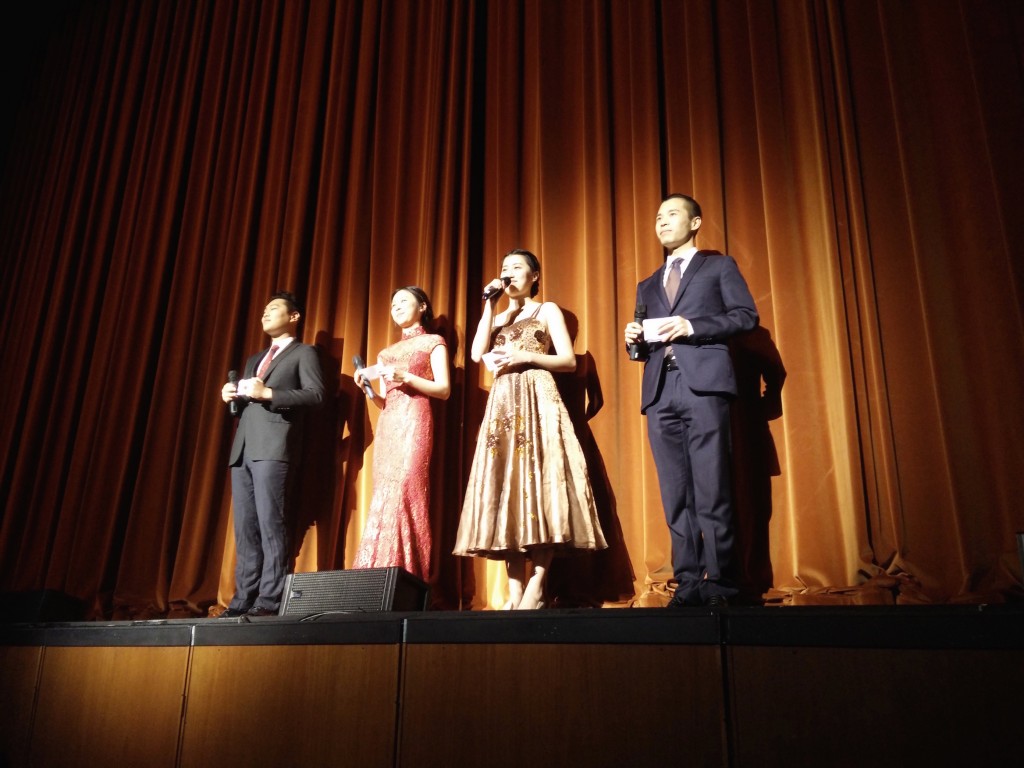 The show, which airs on Chinese Central Television (CCTV) channels, had, in 2012, 700 million viewers, six times the Super Bowl’s audience. In fact, watching Chun Wan has become as much of a Lunar New Year Tradition as eating jiao zi (dumplings) and receiving money-filled red envelopes.

However, what is best about the Chinese New Year Culture Night was the visible effort to make the event inclusive of people of other cultures.

Not only is the culture night free admission for everyone, the program also gives special recognition to performers who are not full Chinese but is nonetheless involved. For instance, on the opening performance by UCLA Modern Orchestra, the conductor gestured to let those performers have the opportunity to bow first.

While the messages in the different performances were not delivered to all audiences, the Culture Night was overall successful. Natalie Alonso, a first year UCLA student, and her cousin Michelle Alonso, both enjoyed the Culture Night a great deal, even though they do not understand Chinese.

“I couldn’t understand half of what was being said, but I still find it fulfilling to have come to the culture night,” said Michelle.