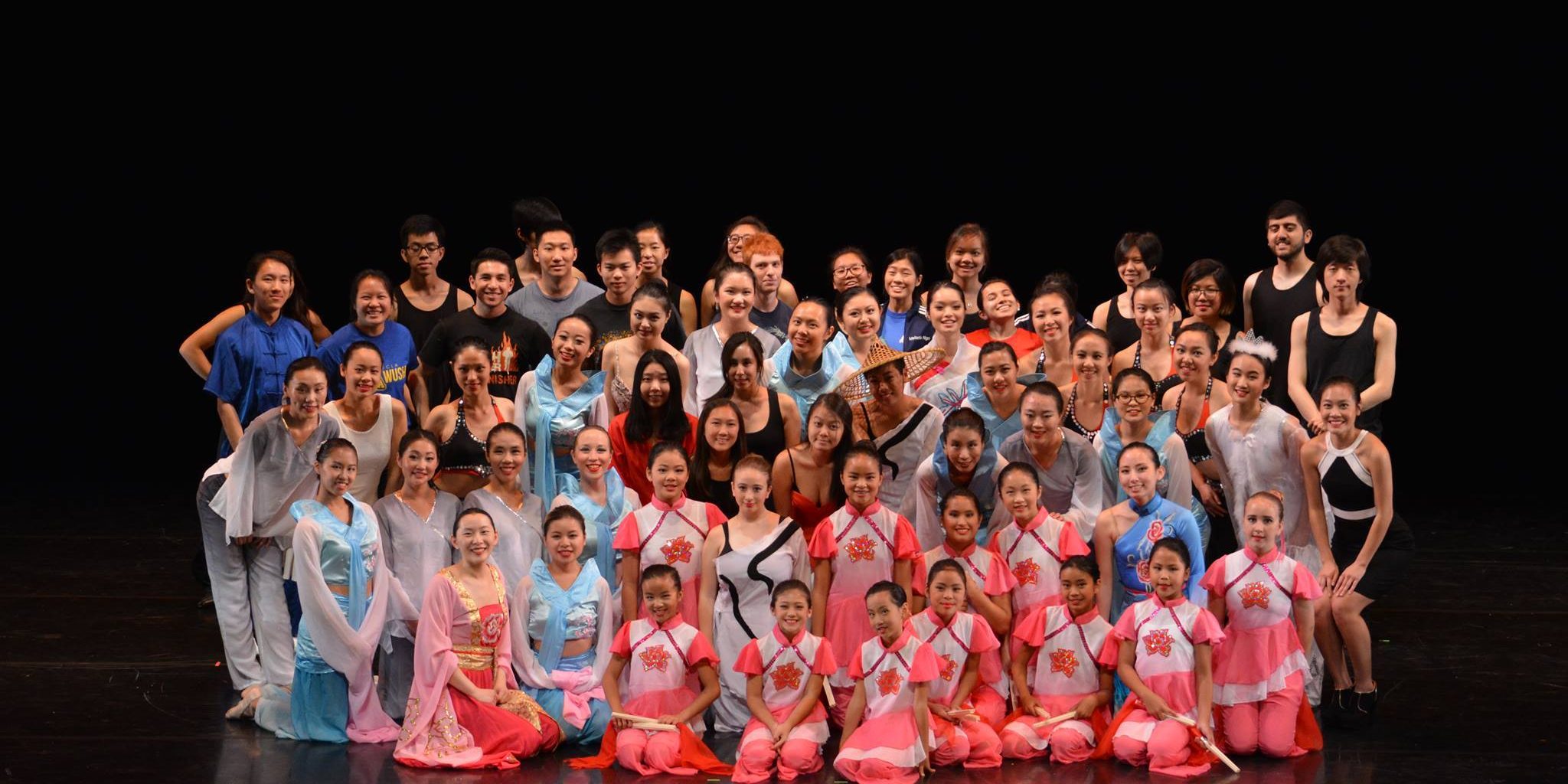 CCDC is both a dance and a cultural club. It is an “organization that aims to show and promote Chinese culture through dance,” said Gigi Cheng, the artistic director for this year’s Lotus Steps. Cheng added that the club recognizes there are many ethnic groups in China with their own subcultures and dances, so the dance instructors tried to find those dances and incorporate them into the performances. Most importantly, Cheng said that the club aims to debunk media depictions of Asians and Asian culture and to “bring awareness that there’s a lot more.”

Besides presenting its annual show Lotus Steps, CCDC also engages with the community by hosting free dance workshops in different communities. Every now and then, wedding receptions and Chinese New Year festivals even invite CCDC to perform.

For this year’s Lotus Steps, Cheng directed the event, organizing it with Royce Hall staff members, coordinating with the lighting crew, backstage crew, dance members, etc., and creating the event program itself. She also oversaw the dance instructors and made sure they were helping the dancers progress with each rehearsal.

The theme for Lotus Steps was harmony. CCDC emphasized finding balance in life – balance between school, extracurricular activities, friends, etc. – and prioritizing mental health. Starting zero week, the club already began practicing every week for an hour until the day of the event. Despite the number of practices, Cheng felt the dance rehearsals served as outlets for the dance members’ stress and frustration. It was a time for performers to not think about school and just think about dance.

Lotus Steps opened with “Words of the Wind,” a calm and relaxing dance in which the performers, portraying as stalks of bamboo, swayed with the motions of wind. Waves of wind came and went, but the bamboo stalks remained unperturbed.

Energy soon invaded the stage with “Joy on the Grasslands.” Junior dancers captured the festivities of a Mongolian lifestyle on grassy prairies.

UCLA Wushu took the stage next with fire and ferocity. Although wushu is a martial art and not a dance, it is still considered an art form, said Cheng. It requires “a certain mentality when performing these acts,” she added. Each movement from the wushu performers emanated power and even intimidation, which may have veered away slightly from the theme of harmony, but Cheng explained that the “practice of wushu harmonizes [the] mind and body.” When going through the movements, the sensation is fluid and calming, remarked Cheng.

Cheng walked across the stage alone in “A Passing Cloud.” She interpreted the piece as a woman reflecting on her past while on a night stroll. When walking, the woman notices clouds in the night sky. Cheng commented that the piece is very introspective and reflective. The woman analyzes her past experiences and how they have culminated into the woman she is at the moment. By the end of the dance, the woman learns to accept who she is based on her experiences. Introspection overall is important for mental health, said Cheng, and people should be checking up on themselves regularly.

A flock of performers covered the stage when Cheng finished her nightly stroll. In “Flight of the Swan Geese,” performers acted as Mongolian geese and their migration to the north. “Everyone’s together, like a flock of geese,” said Cheng. Not one is left behind in the migration, preserving the harmonious relationships in the flock.

“Whirlwind,”a solo dance performance, decimated the stage soon after. Rachel Floyd, a second-year student and a dance instructor for CCDC, fan danced to “juxtapose the fight and freedom encountered amid the fluidity of a breeze and the elegant strength of a fierce wind,” according to the event program.

The first act ended with “Raindrops in the Village.” In this poignant piece, collegiate dancers danced in the rain with umbrellas. The dancers twirled about in sophistication and elegance, but the dancers eventually passed off their umbrellas to the junior dancers. The junior dancers took the stage, and youthful energy replaced elegance.

At the opening of the second act, “Flower Daughters” gracefully glided across the stage. In the Dai ethnic style, “Flower Daughters” explores “the deep love of life that grows from the earth and strengthens its people,” according to the program. Cheng said that the dance describes harmony very well. It is specific in movements and requires fluidity in the placement of the body and arms. A performer cannot have intermittent stops, added Cheng. Each movement simply flows from one to the other.

Another solo piece, “The Empress” explored a concubine’s ascension to the throne. The concubine suffers from inner turmoil, debating between her motherly duties of caring for her child or taking over the throne but killing her child in the process. At the end of the dance, the concubine kills her child and sits on the throne. Though the story is dramatic, the piece still gives a very important message, applicable even to a UCLA student: whatever decisions you make, you have to face the consequences. “There are so many things pulling you in different directions,” said Cheng, but the ability to make a decision and to accept the aftermath is an important part of becoming an adult.

In the dance “Swaying Willows,” a weary traveler stops along a road to rest under a willow tree. The traveler notices the willow branches swaying back and forth, creating a peaceful atmosphere. The willow provides shelter, and the traveler feels at ease.

UCLA Yukai Daiko then drummed the stage. Yukai Daiko is not a dance either, but it is still a beautiful art form, said Cheng. It requires certain bodily forms and movements the drummers have to go through. Otherwise, the drums will be unable to create the deep, grand reverberations. Cheng added that the drum, not the performer, is the center focus since it is a “symbol of unity in the culture.”

Under a cascade of white snow, Amy Yu, a CCDC dance instructor, danced alone in “Snow Frolic.” Symbolically, the snow is washing away all of the bad and dirty experiences the dancer has experienced.

Lotus Steps ended with the finale “Together.” Instructed by Cheng herself, the performance blended contemporary dance and tai chi movements. The finale aimed to bring the mind and body to work together in order to bring harmony to the individual.

Though the event was very successful, Cheng, along with CCDC, had to overcome many hardships. Cheng said the classroom had to be tailored to dancers of varying skill levels. Step by step, the dance instructors clearly and slowly went through specific motions and started with basic dance movements with some of the dancers. An hour a week was not enough, reflected Cheng, as there was always a struggle between balancing the choreography itself and teaching the actual movements.

Seeing as this was Cheng’s first year directing Lotus Steps, it was a new experience full of new responsibilities for her.

“It was a great learning experience,” comments Cheng, “and I’m doing it again.”