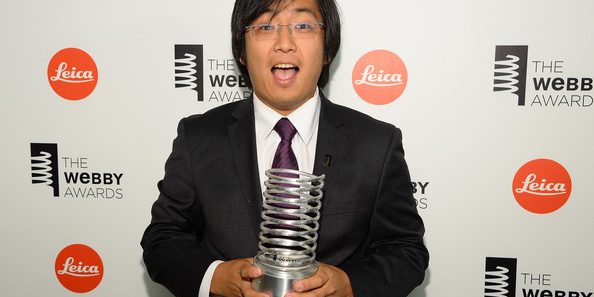 On April 24, the UCLA Film and Photography Society hosted Freddie Wong, a Youtuber from the popular YouTube channel RocketJump and a co-director for the series Video Game High School. Wong discussed his early days, how he got into filmmaking and various video projects.

A USC film school graduate, Wong first got into filmmaking in high school. He describes his high school experience as opportune for filmmaking because the iMac had just been released, along with FireWire and those iMacs and DV cameras were readily available at school. Wong was able to take advantage of these resources throughout ninth grade. “I was very lucky because (of) all that technology available at that time,” says Wong.

At the same time, Wong was creating montages of his family vacations and experiences and setting various musical scores to them. He felt at that point creating was what he wanted to do.

Filmmaking as a career was not the original plan, despite Wong’s interest in the subject. The goal was to graduate high school and enter college as a computer science major. Making videos was more of a fun hobby. However, Wong’s high school video projects and weekly visits to Blockbuster to rent two or three movies greatly influenced his career plans.

When college applications came around, Wong applied to numerous film schools including NYU, USC and UCLA. He matriculated at USC as a film major.

At USC, Wong learned and developed cinematography techniques and, most importantly, established his filmmaking philosophy.

“The most interesting movies came from people who have different life experiences,” Wong asserts. “(You need) something to say. If you don’t have that, your art is just technique without substance,” says Wong.

After college, most aspiring filmmakers follow the conventional path: make a film, show it at a festival, hope a distributor sees it and signs you as a director. But, in 2008, when Wong graduated, the path became too difficult and near impossible, according to him. As it was free, YouTube became the most viable option.

YouTube “was a different sort of environment,” says Wong. At his time, he describes YouTube as being more music-based and having more creativity. Creative people were throwing ideas around and seeing what worked and what did not.

As Wong’s viewership increased, his projects began to expand. He recalls a project, “Beach Justice,” which was filmed in Georgia. Someone offered a haunted house at an inn to Wong and his team. Wong was not interested in a horror themed video, but when the team got onto the “hilariously long” rooftops, ideas started spewing. In an hour, there was a video.

When Wong started tackling bigger projects, particularly the three seasons of “Video Game High School,” the process in making them was relatively similar to making short videos, says Wong. “The difference was the big crew. It was working with a larger apparatus. … It was about learning how to delegate. … It was more complex. There was lot more stuff going on: more actors that we’ve never worked before, more extras, more stunts, safety, pyrotechnics.”

Although he has reached a certain level of acclaim with just his YouTube channel, Wong still regards film school as essential.

“The number one thing I got out from [film] school was the group of people I graduated with. You can’t network up. It’s just not happening. … What you can get though is you can network with the people at your level and you grow up together because that’s where everybody else is. All the directors and producers [work with] people they knew when they were growing up. That’s the biggest thing,” says Wong.

“At the end of the day, filmmaking is not [songwriting] — it’s not anything — you need other people to make a movie: actors. You need more than just yourself. It’s a group endeavor. That’s why it’s an interesting art form because it’s an art form that requires the voice of a lot of people.”

Wong and his team are still making videos for the RocketJump channel, but, in addition, they are collaborating with Lions Gate Entertainment to make a movie.

For more Freddie Wong, check out the website RocketJump.