Why the Wong Fu’s May Be the Wrong Fools 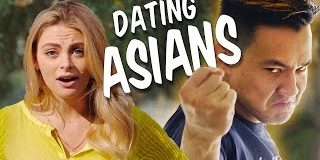 The reboot, as Wesley Chan, a member of the Wong Fu Productions, stated, “[is] more of a reboot, updated video that talks about a lot of new perspectives that weren’t touched on in the original, right?”

“Yellow Fever” involves a young Asian American male college student named Phil, who continues to ponder about a question that he deems, “a social issue that has been kept under the rug, for far too long.”

That question is: “Why are all the white guys taking our girls?”

The answer to this question is what Phil calls “Yellow Fever.” However, he never really addresses the definition of “Yellow Fever,” or why that is a problem.

The main point the film should have brought up is why most interracial couples involve Asian women dating white men?

Could this “popular” interracial couple, where Asian women prefer white men, be the result of many years of European beauty standards dominating our culture on both national and global levels in our capitalist society that condition non-white folks to deem white people as the default beauty?

But let’s just avoid these pressing questions and continue on with Phil’s much more important dilemma: his lack of action with the ladies.

While Phil continues his quest to find the solution, he decides to take lessons from someone with experience with the ladies: his white friend, Andrew, gets all the Asian ladies with his use of not-so-fluent Mandarin and his white charms.

Yet, these lessons come to no avail as Phil continues to face rejection. He meets up with his friend, Richard, who tells him the reason so many Asian American women are dating white men. The problem originates from Asian American men themselves. Richard blames Phil for being “too chicken” and that “the majority of Asian guys are too pansy.” For one to challenge that, one must “be. more. assertive.”

This may not be the answer at all.

As the film nears its end, it leads to another fever, the “Jungle Fever” as the Asian girl that Andrew brings home is captivated by Phil’s black friend.

These so-called “fevers,” in a sense, are social and racial issues. They are built upon racial stereotypes that invade minority communities. Constantly viewing them as something deviant, exotic, and most certainly not natural. To view these people based on racial preferences and stereotypes is to dehumanize their own individualities.

That is a problem–a problem that hasn’t been considered in their recently rebooted version of “Yellow Fever 2.”

The reboot takes a look at different issues and other options that have been concerns after the release of “Yellow Fever.” One of these issues revolves around white men immersing themselves in “Asian culture” while implying that they are more “knowledgeable” than the Asian women that they are dating.

Another is the idea that if an Asian man dates a non-Asian woman, it is because he lives in a world that is color-blind to race. These issues are problematic by nature.

Yet, the question: “Why are the white guys taking all of our girls?” never fully examines why white men continue to target Asian women.

To center “Yellow Fever” as only an Asian male problem is to devalue the experiences that Asian women face in a society that continues to homogenize and limit them.

However, to inspect the man’s problem as if it were more important than the woman’s is detrimental, especially when there is a platform to educate millions of YouTube views and subscribers.

Rather than addressing both problems, “Yellow Fever” and “Yellow Fever 2” have perpetuated long-held ideas that have been swept under the rug for far too long.