Why The LA Riots Matter Today 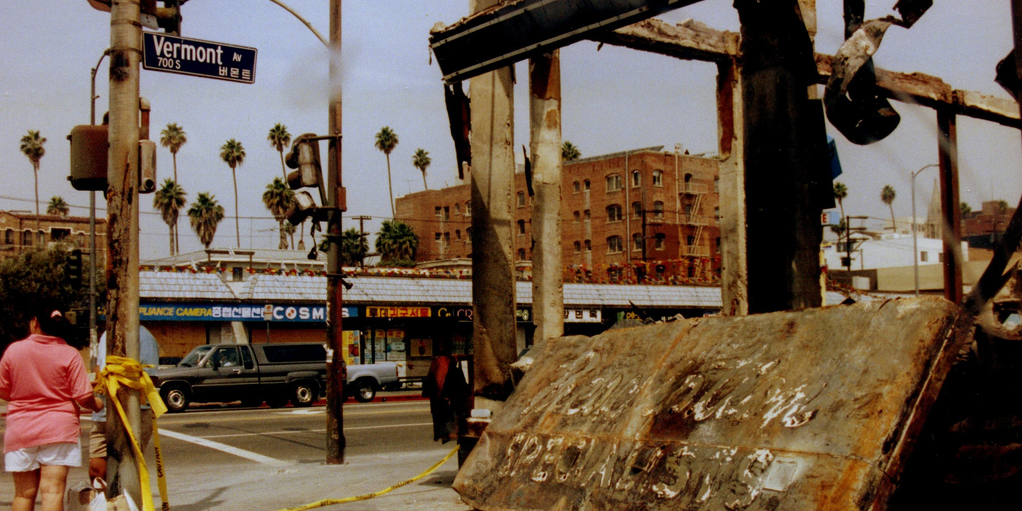 What do Baltimore, Ferguson, and Los Angeles have in common? These cities have all been sites of civil unrest, largely due to the layers of distrust formed between law enforcement and the disenfranchised communities they served. With the passing of the 23rd anniversary of the Los Angeles Riots on April 29, it is important to recall that these protests are not isolated instances, but rather examples of how race relations, socioeconomic conditions, and systematic oppression intersect in a way that allows urban communities to become the breeding ground for repeated protests against police brutality since the 1960s.

13 days after the Rodney King video was released, Korean store owner Soon Ja Du shot 15-year-old African American girl named Latasha Harlins. Harlins had put a carton of orange juice in her backpack while holding $2 in her hands. Du suspected that Harlins was shoplifting and confronted her, leading to a physical altercation. Du was convicted of voluntary manslaughter. Racial tensions between Korean merchants and African American residents of South Central had been brewing for years, but Du’s case only exacerbated the inequities felt by the African American community, such as racial profiling and poor economic conditions.

One year later, the police officers who beat Rodney King were acquitted. Once the news broke, the intersection of Florence and Normandie became the site of protest. African Americans believed they had been discriminated by Korean businesses over the years and targeted Asian and Korean-owned stores in South Central. LA Mayor Tom Bradley’s office estimated that 65% of the arson took place at Korean-owned stores. In order to guard their stores, members of the Korean community began arming themselves with guns. They felt that the police were inadequately protecting them and, instead, decided to take the law into their own hands.

Knowing this historical context, we must ask why Asian and Black communities have such a history of conflict with each other. This instance of scapegoating Korean merchants as the problem is not an isolated incident. Those in power have pitted minority groups against each other as a means of oppression. By dividing communities of color, the oppressed have less power because they are devoting efforts to fighting each other instead of the oppressor. The presence of Anti-Blackness in Asian communities can be linked to the model minority stereotype, where Asian Americans are placed in opposition to other communities of color. It insinuates the idea that Asians have been able to succeed despite difficulties as a minority.

Therefore, the excuse that racial groups are faring poorly because of low work ethic is simply a method for blaming other communities of color. Consequently, Asians are placed in a difficult position because their “model minority” status in society is built upon the racial stereotypes surrounding the African American community.

If we want to work on helping these communities, then we must understand why they protest beyond the fight against police brutality. In a recent Slate piece about the burning of a CVS Pharmacy, Columbia University assistant professor Louis Hyman argues that poor African Americans burn their own neighborhoods because they do not believe those places to be their own. This echoes what happened in the LA riots, where business owners were mainly Koreans and perceived to be an outside group. Thus, rioters felt justified in looting and burning places that were not part of their community. Police brutality was a cause for protesting, but Hyman argues that “it was the long-term experience of the indignities of the ghetto that gave shape to the riots.”

Although the racial tensions in Los Angeles then differ from those in Baltimore now, we can draw some broader issues from these protests. In both the LA and Baltimore riots, the protesting community felt like they had nothing to lose. If we provide tools to communities to overcome poverty and recognize that prejudice against disadvantaged groups still exist, then we can begin to break the cycle of police brutality, scapegoating, and protests.