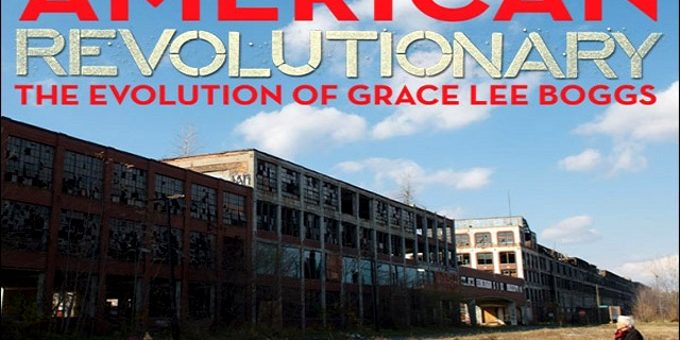 UCLA alum Grace Lee explores the life and development of her namesake, the Chinese American activist Grace Lee Boggs, through her 2014 documentary film.

The film, American Revolutionary: The Evolution of Grace Lee Boggs, introduces Grace Lee Boggs at the incredible age of 95 in the midst of Detroit and its abandoned buildings. There she mentions how the constant desire for a massive growth in size and consumption will lead to a downfall.

The Korean American filmmaker focuses on Boggs’s experiences as an activist and a philosopher. It highlights her influence by Georg Wilhelm Friedrich Hegel, her first involvement with the tenant rights movement in Chicago, her work with C.L.R. James, and her experience in Detroit, where she was an editor for Correspondence, a local radical newspaper.

In Detroit, where she was an editor for local radical newspaper Correspondence, Grace meets James Boggs. They eventually marry, continue to work together on advocating for the black community and push for an American Revolution.

Yet, during that time, the push for the American Revolution led to many protests and riots, which Grace Lee Boggs called rebellions. But she later reflects in the film that a revolution doesn’t necessarily mean rebellion.

Grace Lee Boggs believed in the importance of continuing to actively challenge existing knowledge, which could be achieved through dialogue.

At one point in life, Boggs recorded the conversations that she had with her peers and stressed the importance of conversing in order to develop a more critical consciousness.

Throughout the film, Grace Lee Boggs mentions why ideas should never remain stagnant and the importance of evolving one’s mind throughout the ever-changing times. This is what kept Boggs ahead of her times.

Boggs’s activism and work developed over time because of her willingness to re-evaluate the cultural shifts around her. According to Boggs, this was important to acknowledge for the next American Revolution.

Living in Detroit, Boggs continued to work on repairing the community in Detroit by building schools and recreational facilities for the youth because she believed in being “people-oriented” rather than “thing-oriented.”

During times when injustices persist to invade and marginalize oppressed folks, Grace Lee Boggs managed to challenge the minds of those who care and continue to look for the change, because as she has always mentioned, “we are the leaders we’ve been waiting for.”