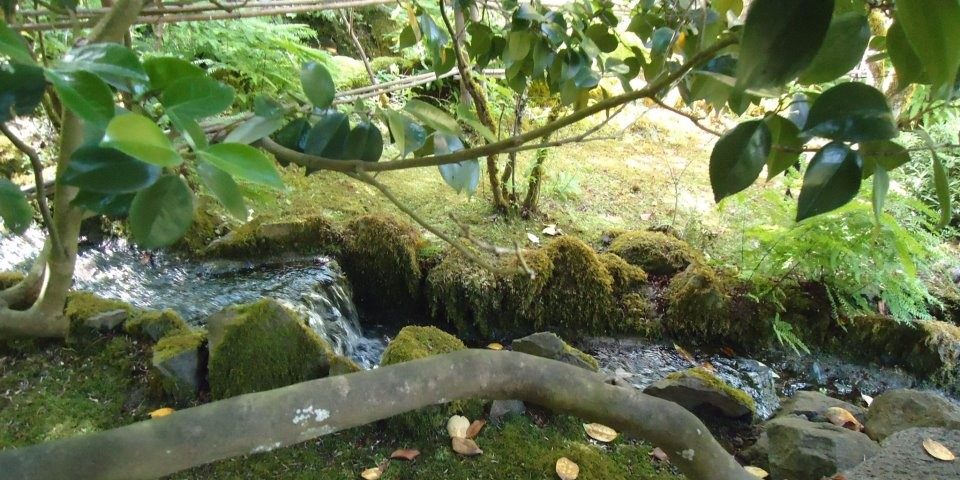 A beautiful Saturday afternoon during the summer two years ago was always a fantastic time for me to sit on a long chair in the balcony and read a book. With the joyful sunshine and gentle breeze, my thoughts often encompassed me like some shining water drops, floating and leaping in the midst of the warm air. In my adolescence, I started a habit of reading and thinking, which overtime has formulated my interest in discovering further inquiries, mostly in the aspect of Philosophy. As a young and ambitious adult who wants to get control of her life, I told my dad that I wanted to major in Philosophy in college.

“Are you REALLY going to major in Philosophy? You are kidding me, right?” my dad questioned me.  Feeling ashamed and puzzled, I stared at the book that I was reading and could not enjoy the lovely sunshine anymore. This is probably the worst answer I’ve gotten from my dad. If he and I had agreed on the same point, I would have been the first international student accepted by the Philosophy Department at Chinese University of Hong Kong (CUHK). However, that is not the case.

I currently attend UCLA, with Economics as my major and Philosophy as a minor. When I search for other Chinese students who major or minor in Philosophy, unfortunately I do not find any. Many of my friends have science or business-related (South campus) majors and only a few of them are in Humanities and Arts (North Campus) majors. I even overheard someone telling his friend that South Campus gains its reputation for “International Students Campus.” No matter whether it sounds like an accolade for intelligence or hard work or a bitter remark of our lack of ability to understand the aesthetic and literal nature, I discover that most of my international student friends have chosen a South Campus major rather than a North Campus major. The reasons of which they want to stay in the South Campus and aim for a South Campus job seem obvious to me since I grew up from a similar background as most of them.

When I was in Junior High School in China, my parents and teachers often taught me that in order to pursue whatever we want to do in the future, we had to proceed with a concrete capability of Mathematics, Physics, and Chemistry. Mathematics and Science thus are the most important courses that we must learn during the nine-year compulsory education. The reasoning was that these studies could bring us practical and useful benefits when we looked for a job with high salaries. As a teenager, I thought as long as I had a good command of Mathematics and Science, I would be able to become a great scientist, doctor, or business professional. Actually, this typical dream seems ordinary to children growing up in China since our schools placed a great emphasis on practical science over Humanities and Arts.

Given the discrepancies in the education of Science and Arts in Chinese educational institutions, I want to address an interesting phenomenon here. Since Chinese is my native language, I often need translations to understand some ideas and theories of many famous philosophers who come from a world or a civilization unlike mine. The history of Philosophy starts with Socrates, Plato, and Aristotle, three ancient Greek philosophers who mark the epic era of foregone philosophical inquiries, and later Kant, Schopenhauer, and Nietzsche, three German philosophers whose thoughts are much related to the ancient thinkers and influence contemporary Philosophy — a grand feast of Western Philosophy.

On the other hand, when I track the history of Chinese philosophy, I find that the Hundreds School of Thoughts might be the sole remarkable evidence. I feel sad. I cannot name any contemporary Chinese philosophers or any prominent philosophers after the era of Confucius and the Taoists. Somehow I think Asians are reluctant to use the term “philosopher” to define a person with great thoughts and wisdom since in some sense, calling someone a philosopher means that he or she is old and didactic, often perplexing people and not fitting in the mainstream society.

Though I came from an academic environment that focuses on Mathematics and Science, my dream changed after I fell in love with Philosophy. Once I happened to really think about things and the people surrounding me, I found that Philosophy gives me the power to do that. Unlike the studies of Mathematics and Science, which teach us how to utilize quantitative methods and apply theories to practical problems, Philosophy enables me to think critically in my daily life. In other words, anyone can be a philosopher of herself as long as she guides her opinions as her way of life.

By the power of Philosophy, life becomes meaningful with thinking. Could you imagine what the ancient Greeks did at night thousands of years ago when there was no light and electricity? They watched the sky and inquired numerous questions about the nature of the universe. Philosophy thus begins from inquiries. I started asking myself at an early age what death was when I watched a film in which a young solider passed away in the Vietnam War. Feeling intensively the dread of my death and the deaths of the people I care about, I wondered whether there was an afterlife that could save them from deaths. During my junior year in high school, I was curious about whether true love was obtainable in reality or was an ideal dream when I read the book The Great Gatsby. Moreover, in recent five years when I left my home and came to study in the U.S., I incessantly struggled to find out the best way for me to grow up and adapt to the new environment.

These inquiries, although none of them has been completely solved by now, have recorded what I thought my world would be. By asking myself constantly of what-is and what-is not, I gradually establish my own philosophy of life – Philosophy is the highest art and knowledge collected from everyday experience.

I love Philosophy because it brings me to think critically. I like what I am doing now, writing down my thoughts here as a way of philosophical thinking. That being said, I still have to study Economics and Mathematics in school since in some sense my parents and the society push me towards the direction to learn practical knowledge. However, I start wondering – since Philosophy is a way of my life and might be a way of life for anyone who likes thinking and querying, does it mean that on the basis of philosophical values, there is no boundaries among what we learn in school? If that is the case, it is possible to find philosophical values in not only Humanities and Arts but also the field of practical Science.