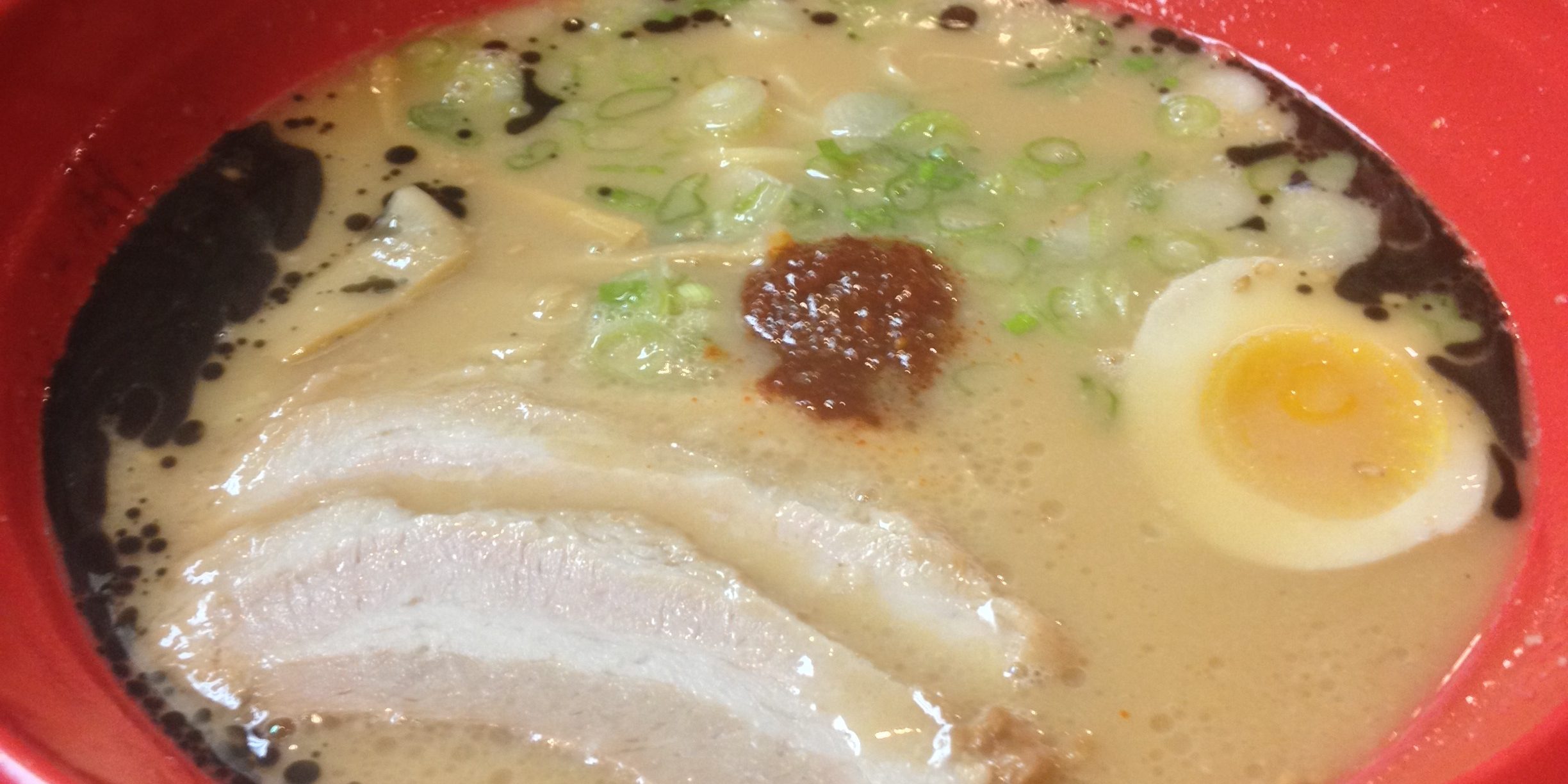 Between wrapping up my breathtaking summer at Startup UCLA and the launch of SelfWe, moving, and diving into the deep end of the LSAT pool, it’s been a while. For that I am sorry. But while I was away, I did not stop eating ramen. After all, ramen is a perfect antidote to the anxiety produced by applying to law school. So without further ado, today we’ll be telling the story of What’s Up Men, a ramen restaurant that’s only one-year-old near in Fullerton, CA.

The location is barely a year old so much of the furniture was unblemished. The two issues I had were the floor layout of the tables and the staff’s work area.

With regards to the tables, their layout did not appear to have any rhyme or reason thereby inefficiently using space. The ratio of tables for two and tables for four disproportionately favored the latter. This would force patrons on a date to sit at the bar, which no way to be having a date.

The staff’s work area and by this I mean, the area with which utensils, napkins, etc. are stored is at the end of the bar, facing the patrons. This should really be hidden in the back because it was like throbbing eyesore that also limited seating.

Fixing those two things would strongly improve the aesthetics of the place.

Service was satisfactory and friendly. It was at times a bit slow, though was probably caused by a large weekend dinner crowd than by inattentiveness.

I loved that the ramen was presented in a red bowl. The black garlic oil floating on the surface, the mound of chili paste, and the red bowl all made of a visually stimulating presenting. It was almost as if it were warning the diner that it was not to be trifled with.

This is a new section I’m adding to my Rameter. It essentially, Accoutrements are those ingredients in a bowl of ramen that aren’t the noodles or the broth. For example, ingredients in this category are the slices of pork in your bowl or the kernels of corn.

My dish at What’s Up Men had one slide of pork that was delicious. The pork was so soft that it immediately disintegrated once it landed on my tongue. It was a potent package of umami and salt. The hard-boiled egg in this dish was also delicious. It was firm but not overcooked.

The noodles were the best part of this dish. They had a firm texture that allowed just enough chewing without tiring my mouth. Furthermore, I thought the noodles did a decent job of allowing the broth to coat its surface. I actually found myself wishing for more noodles.