What Is It Like to Be Young and Undocumented For Those Who DREAM? 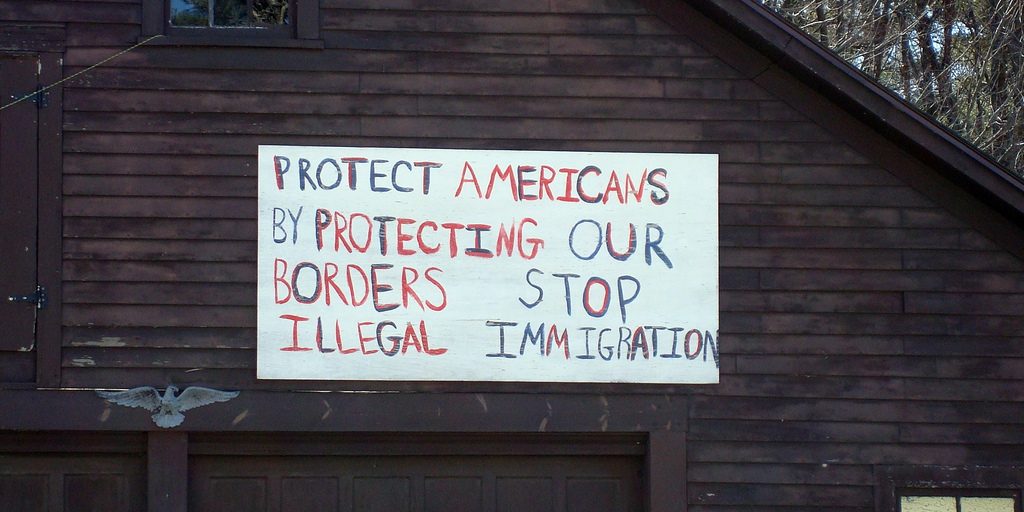 I identify as an Asian American. But there are thousands of people living in the United States who are not afforded this same privilege.

It was easy for me to ignore this privilege. The privilege of knowing that I never faced the nightmare of one day coming home to an empty house. I was born and raised in the suburbs of the San Gabriel Valley, which is comprised of predominantly working class and upper middle class Chinese and Taiwanese Americans.

I grew up in a community where interracial relationships were stereotyped as “green card marriages,” but other forms of immigration documentation were rarely discussed.

The subject of undocumented immigration was pushed off as a “Latina/o” problem. My local community never discussed it. God forbid that the media would ever put an Asian face to the deportation issue.

During my first quarter at UCLA, I received a glimpse of what it means to be an undocumented Asian Pacific Islander Desi American (APIDA) in my Asian American law class.

I use the term, undocumented, as an ally because the undocumented community at UCLA identifies this way. The immigration status of being undocumented means that one has immigrated to the United States and outstayed the permitted allotment of time agreed upon.

Using the term “illegal” is derogatory because there is no human being that ever resides in a country illegally.

The cultural concept of various Asian families of bringing shame to the family and keeping private matters within the family may pose a problem for individuals who may be hesitant about telling their story.

It is rare to find an individual who is willing to share their story, but, I had the chance to speak with an amazing advocate for the undocumented community at UCLA.

Fifth year student Denise Panaligan started sharing her story to help her peers gain more of an insight on the lived experiences of  an undocumented Asian Pacific Islander during her second year at UCLA.

Panaligan spoke about the lack of APIDAs in student organizations that support and empower undocumented students.

“Given that one out of 10 undocumented folks in the nation identify as API, I feel that the organization is a reflection of what we see nationwide,” Panaligan said. “Nevertheless, there are things we can do to be more inclusive of all identities.”

But the federal DREAM act never passed, and as of now there does not exist any policy that can eventually offer undocumented individuals a pathway to U.S. citizenship.

Although the federal DREAM Act did not pass, many states created their own versions of the DREAM Act. But none of the policies allow a pathway to citizenship.

There are several policies that benefit some undocumented youth to an extent. The California DREAM Act, passed in 2011, allows undocumented students to qualify for state-funded financial aid.

President Obama signed DACA (Deferred Action for Childhood Arrival) into action as an executive order in June 2012. It allows certain undocumented youth to apply for two-year work permits and exemption from deportation given strict guidelines.

Before the California DREAM Act and DACA were passed, California Assembly Bill AB 540 allowed for undocumented students to pay in-state-tuition since 2001.

In November 2014, the Obama administration introduced DAPA (Deferred Action for Parents of Americans) as part of their immigration reform, in hopes of providing deferred statuses for parents of American citizens along with other guidelines.

If passed, DAPA would prevent the separation of thousands of families with undocumented parents.

DAPA still has yet to be implemented. Although DAPA was introduced in attempts to “keep families together,” it does not protect parents whose children qualify for DACA.

All of these proposed and implemented policies have very strict guidelines meaning that folks who do not qualify still face deportation.

Furthermore, Obama’s executive action might not continue through the next presidential term. “I do worry about DACA being repealed in the next term, or worse that deportations become more of a priority for the new administration instead of a comprehensive immigration reform that keeps families together and dignify the right to work and travel,” Panaligan said.

A recent presentation by several members of IDEAS at the Asian Pacific Coalition’s Board of Representatives meeting last week pointed out that the deportation of undocumented immigrants is so often portrayed as a “Latina/o problem,” that it disregards the fact that approximately 12 percent of undocumented immigrants in this nation are APIDA, and over 400,000 of them reside in California.

Strictly identifying immigration as a “Latina/o problem” is certainly an issue in terms of representation among student organizations and services for undocumented students. There are approximately 600 undergraduates and 30 undergraduate students who identify as undocumented at UCLA.

Being an ally means contacting local and federal government agencies to push for better immigration reform. It also means speaking up when friends, family, or even strangers support deportation because in all honestly, what really was the right way of entering the United States?