What Does Free Speech Have to Do with College Student Movements? 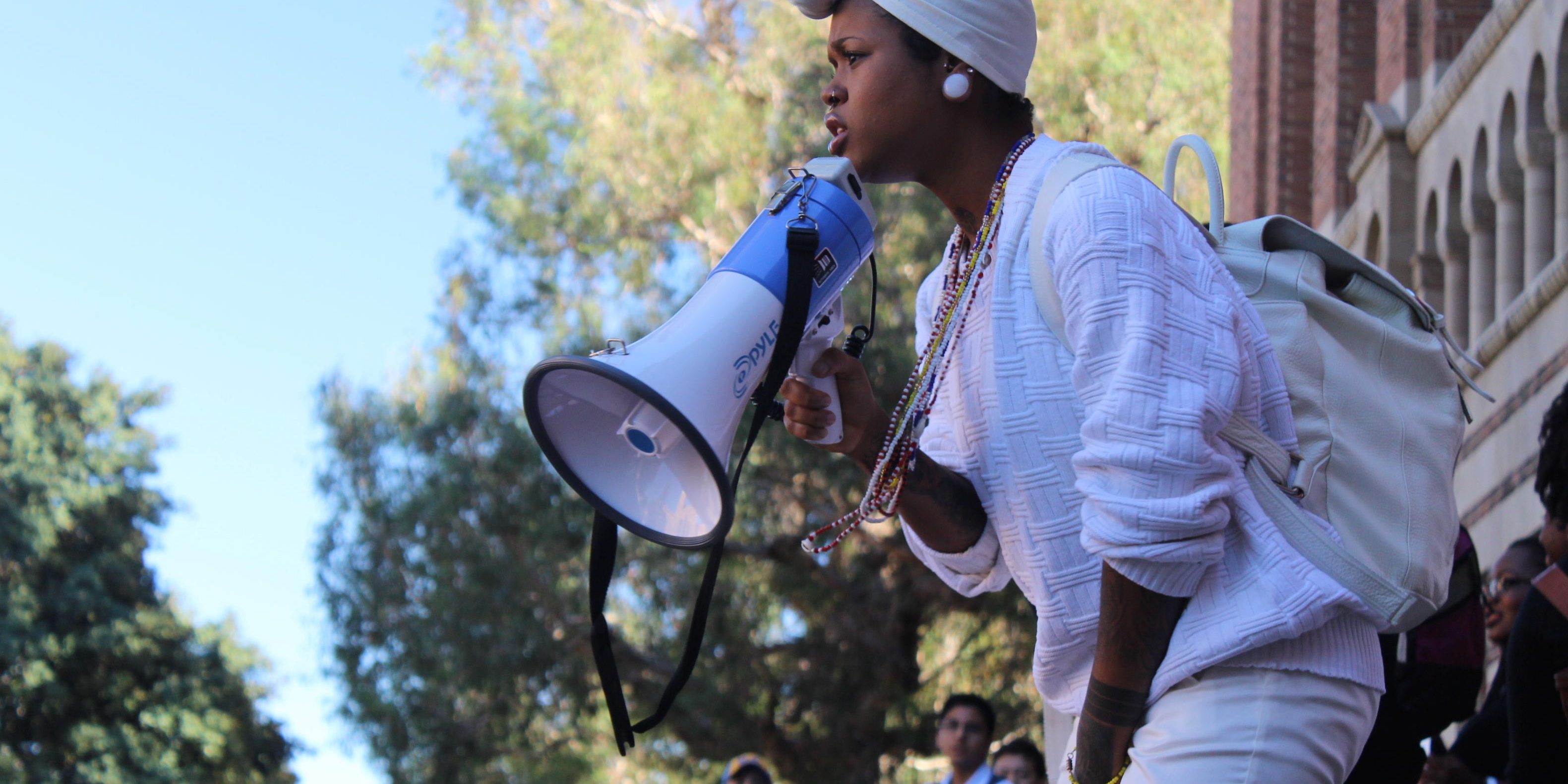 President Obama, The Atlantic’s Conor Friedersdorf, and NPR’s David Folkenflik are among a group of social influencers who believe that students want to do away with the protection of free speech on college campuses.

Student activism does not shut out other people’s voices. Instead, student organizing amplifies the voices of underrepresented students who have been ignored by administrations time and time again.

Recent activist efforts at Yale and the University of Missouri prove that students have the power to pressure their institutions to acknowledge and hopefully resolve the issues that face Black students on campus.

Student pressure led to the ousting of Mizzou President Tim Wolfe—after a student led a hunger strike, Concerned Student 1950 protesters organized a boycott, Black football players declared their support, and the student government posted a public letter telling the board to remove Wolfe.

As students of color, we will not be silent. We will not be the doormat that welcomes administrators into their offices if they refuse to pay attention to our community and do not take action after incidents like the “Kanye Western” themed party that happened in October.

We do not wish to censor anyone’s speech, including those who oppose our views. We exercise our own protected right of the first amendment by organizing demonstrations on campus to voice our concerns, which include critiquing racist events, hate speech and demanding change. Student activists at universities across the nation affirm the need for free speech through their continual hard work in raising awareness of systemic oppressions that make it hard to succeed in their classes, let alone breathe on campus.

The media, whether professional or student journalists, may misrepresent the intention behind student movements. Reporters arrive with notebook pads for quotes and cameras for photos, but they leave with only half the story. It is not surprising to find factual errors and lose important details about a rally’s purpose in the news reporting. If reporters do not talk to the right sources, such as the main student leaders of the movement, and do not understand how the historical context of racism plays out on campus, then it will lead to reporting on symptoms of racism, but not roots to the cause.

When the media wanted to cover student demonstrations at Mizzou, the students made an active effort to keep them out because of their feelings of distrust toward media. The student demonstrations were not for media promotion but for the Mizzou administration to do something about tense campus climate issues that had been ignored for too long.

Faculty members who were on the ground, such as Melissa Click, understood why the media were not welcome, but she had to resign from her journalism school appointment after being captured on film preventing ESPN photojournalist Tim Tai from taking photos. Tai himself made a point on Twitter that he wants people to focus on the Mizzou student movement’s message about systemic racism in higher education institutions.

I’m a little perturbed at being part of the story, so maybe let’s focus some more reporting on systemic racism in higher ed institutions.

Too often news organizations sensationalize university racial tensions through click-bait headlines. They document the shameful events for their daily deadlines, but do not conduct research on the history of racism that affects Black students on campus and other communities of color.

Community-specific student media publications such as Pacific Ties, which covers the rich and diverse stories of Asian and Pacific Islander students at UCLA, exist because we recognize that racist incidents are not isolated and that the marginalization of the student voice on issues about race and feelings of safety on campus still continue today.

Seven newsmagazines within UCLA Student Media cover important communities on campus, which include Outwrite, La Gente, Pacific Ties, Fem, Al-Talib, Nommo and Ha-Am. So please read us, the students who have the best understanding of what it means to be a young college student, in a time when some folks believe that we live in a post-racial era.