Westernization of the Gua Sha 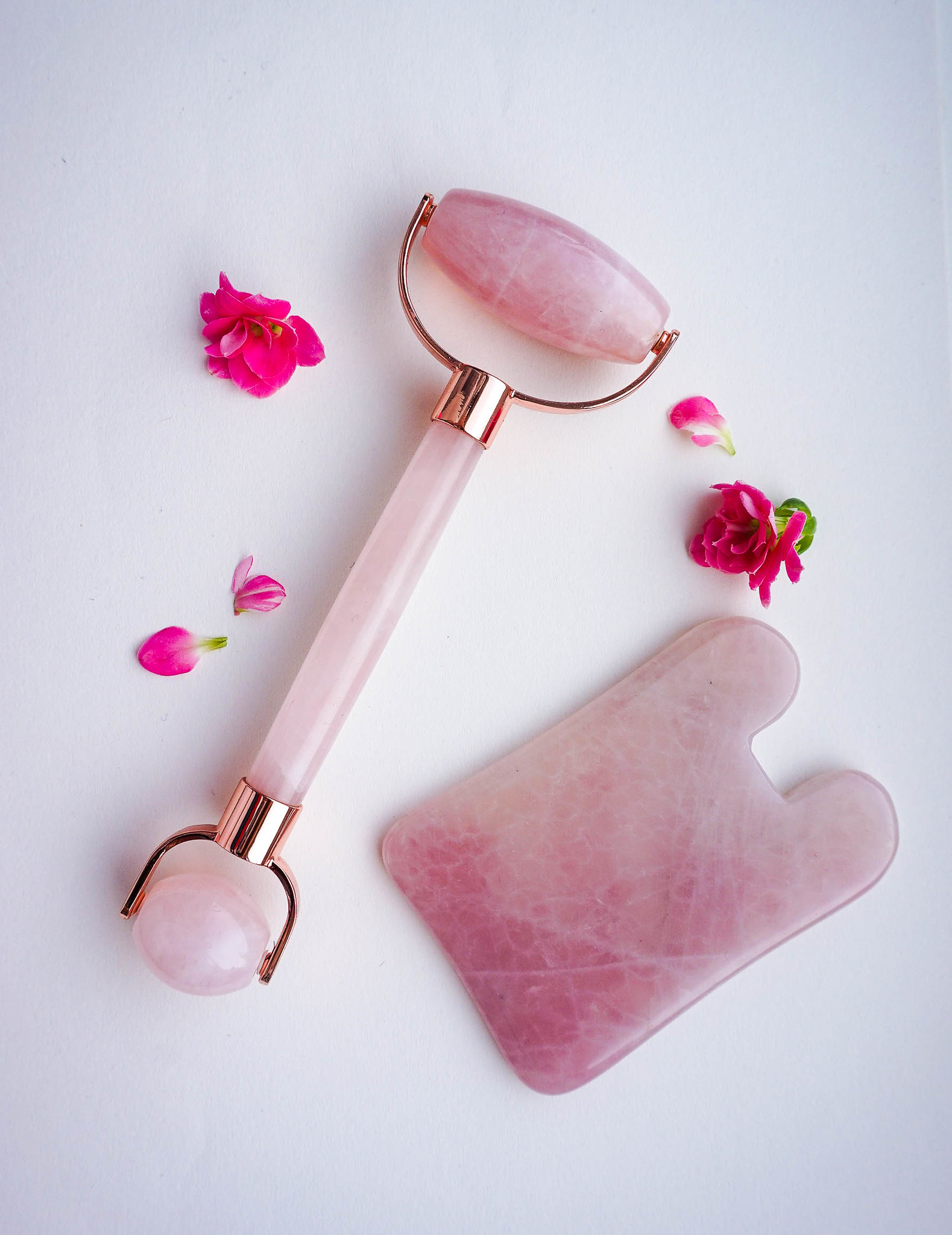 Amidst a time when screen time dominates our days, social media trends have become  key in forming our likes and dislikes. As college students, we are the most impressionable and most likely to follow these trends. In fact, many of us have probably found ourselves subscribing to numerous trend cycles throughout the years – let us remind ourselves of our SillyBandz and Rainbow Loom days, the edgy Tumblr period, the VSCO girl and hydroflask phase, the whipped coffee and Tiger King era and now, the clean girl aesthetic. Each of these trends symbolizes unique parts of our generation’s adolescence, and if you participated in these trends like I did, you can probably recall key moments of your life that are directly related to these phases. Engaging in these trends are part of enjoying access to the fast transmission of news that social media has given us, but many are problematic and encourage the erasure of POC culture. The importance that media crazes play in teens’ lives is constantly underscored, particularly with regards to the social implications of some “trends.”

TikTok and Instagram-induced obsessions with buying certain products to adhere to a specific vogue often overshadow the underlying presence of cultural appropriation – a reality that your favorite influencers or celebrities fail to acknowledge. The mass popularization of the gua sha has completely erased its cultural and historical origins. Rather, it is marketed by beauty corporations like Sephora as a “ground-breaking facial lift” discovery that instantly de-puffs and sculpts the face. The removal of Chinese history from this consumerist marketing insinuates that minority narratives don’t matter, and their culture should only be celebrated when it can be commodified and taken advantage of.

The gua sha first became popular in mass media during the height of the pandemic in 2020: it was advertised to define and carve the cheekbones, and TikTokers everywhere flaunted their one-month transformation from round, full faces to chiseled perfection. But of course, the sudden appearance of gua sha as a trend did not take into consideration the authentic history behind it as a type of Chinese massage therapy, not a beauty product.

Gua sha originated during the Ming dynasty around 400 BC as a medicinal technique with the intention of “invigorating blood flow, releasing heat-toxins, stimulating lymphatic drainage, activating various points of the body and stimulating an immune response by bringing helpful cells to the area.” In fact, the etymology of the phrase gua sha itself is derived from the separate Mandarin words “to scrape” and “sand,” which combine to literally mean “skin scraping.” The gua sha did not emerge as a beauty tool (and not just a procedure) until 202 BC with the rise of the Han Dynasty. Around this time, acupuncture and the ancient bian stone (which we know as the heated rock technique in modern massaging) were rising in prominence as means to improve circulation, ease pain and encourage healing.

However, American media has since rebranded the gua sha as a quick and easy fix to morning puffiness that is completely detached from Chinese history. Nowadays, as opposed to its prior perception as a tool meant for healing, it is solely seen as just another westernized quick-fix beauty product. Most interestingly, the most liked and viewed videos under “gua sha” on TikTok are by white creators. When you search up “gua sha” on TikTok, the first two videos are white girls showing the before and after of their jawlines with 200-300k likes, whereas videos by Chinese creators with tutorials on how to use the gua sha correctly are pushed to the bottom of the algorithm with only 22k likes.

This connects to an overarching pattern in western trends – the idolization of white people stealing minority culture who simultaneously harass POC in the process. For instance, Desi women have been discriminated against for wearing a bindi, a symbol of the Hindu culture worn on the forehead that is often seen as a “third eye” used to ward off bad luck.But when festival fashion trends became more and more marketable with the popularity of Coachella, non-Desi influencers started wearing the bindi as an aesthetic; Selena Gomez even wore it in her 2013 MTV performance of “Come and Get It” to appear exotic. Once again, a piece of minority culture was materialized by non-POC and rebranded as “fresh” and “unique,” completely defaming its true history and cultural significance. White people use trends as a means to pick and choose what parts of a culture they can steal and what parts they can target minorities for, and the gua sha is just one instance of this.

The appropriation of the gua sha alludes to a broader cycle of modern media disrespecting and commodifying aspects of minority culture that includes trends such as facial slugging, filters that create an aegyosal, rice water hair treatments or slicked back hair. Let’s not forget the fact that white, non-minority, non-POC people are the ones “teaching” the masses about culturally appropriated practices – their videos are the ones that get the most clicks and likes, after all. Trends that are based on ethnic identity and customs rarely ever give credit to the groups that created them, and it’s time for us to hold them accountable. We need to take some time out of scrolling to actually learn about and consider what’s trending rather than blindly following mainstream media.