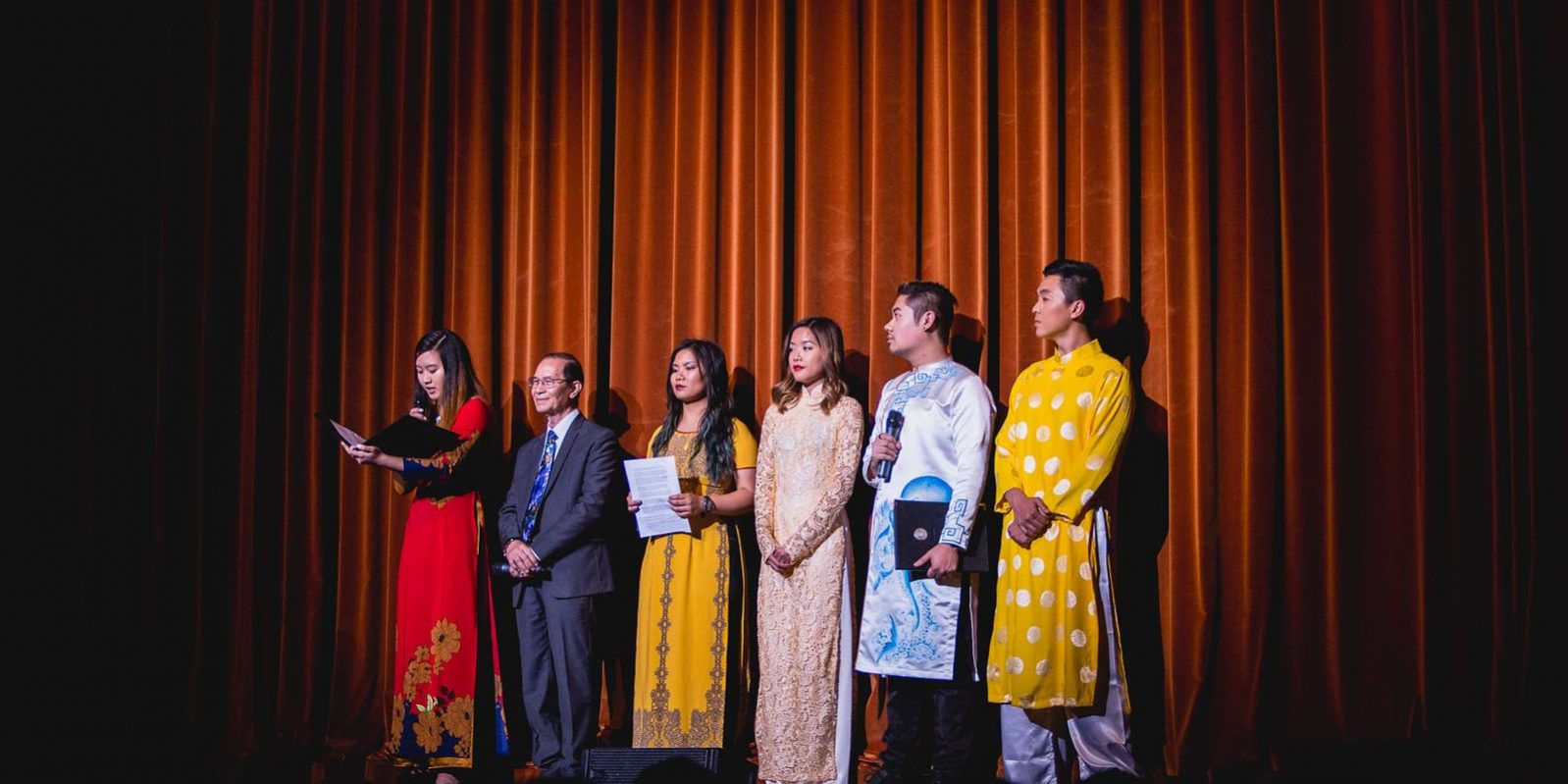 On January 16, 2017, the Vietnamese Student Union at UCLA presented their 37th Annual Vietnamese Culture Night, “The Things She Carries”, a drama about the overwhelming burdens that Vietnamese women carry for their families, while simultaneously being targets of misogynistic behavior.

Over 130 students participated in the production of the event and tickets were sold out at the Central Ticketing Office. Continuing on a tradition, the event took place on Martin Luther King Jr. Day as student leaders from VSU acknowledged the honor of hosting their culture night.

Ma reflected upon the sexist and racist rhetoric of Trump as an indication that there is “more work to be done,” concluding with the following quote by Martin Luther King, Jr.: “Darkness cannot drive out darkness; only light can do that. Hate cannot drive out hate; only love can do that.” 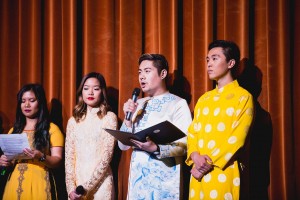 VCN Executive Director Michael Ly provided his inspiration for the culture night, identifying himself as a feminist and describing the important role women have played in his upbringing.

In the program booklet, Ly writes that as Executive Director, “it only made sense…to use my privileges to talk about gender inequality in the perspective of Vietnamese American women.” With great emotion Ly dedicated the culture night to his older sister, foreshadowing the sibling relationship in the drama.

“The Things She Carries” centers around  a family drama, addressing issues such as gender roles, labor, infidelity, financial struggles, male entitlement, male privilege, and the treatment of women.

The main character Quynh (played by Bianca Dang) faces many challenges, as she is constantly criticized by her family for not fulfilling the expectations of being a Vietnamese woman. Chu Thong (played by Hoang Nguyen) and Justin (played by Frances Bui) portray the intergenerational toxic masculinity within the Vietnamese community. 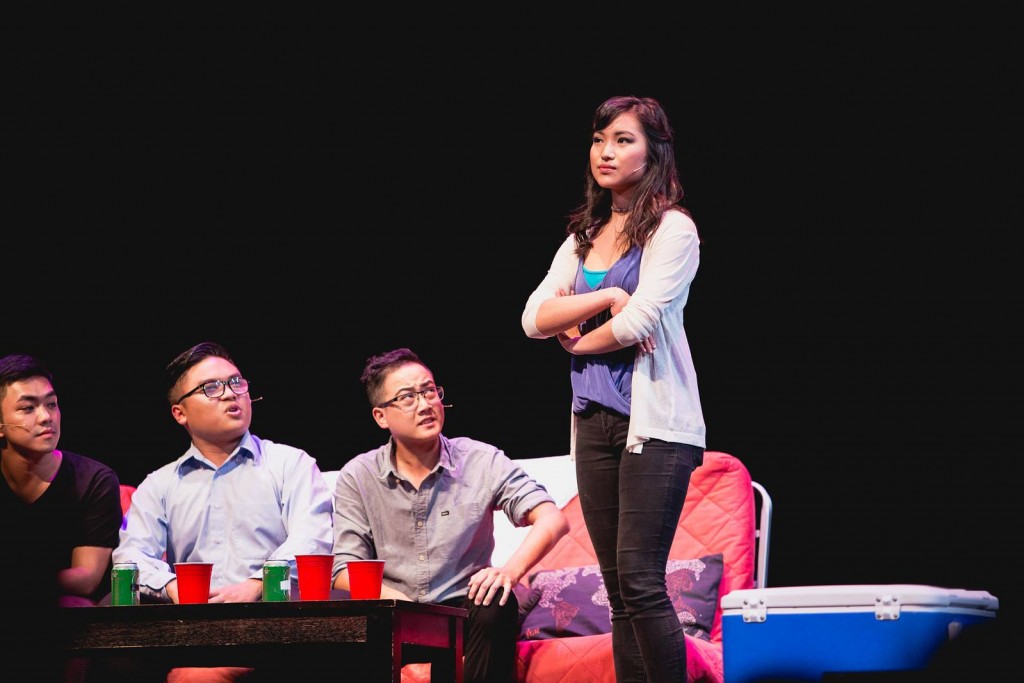 One of the highlights of “The Things She Carries” is the transformation of Quynh’s younger brother, Ryan (played by Victor Vu), through his relationship with the women in his family. Although Ryan’s sexist behaviors are influenced by Chu Thong and Justin, Ryan recognizes his toxic behavior and his privileges as a man in a Vietnamese family through conversations with his mother, Phuong (played by Brittany Nguyen), and confrontations with his sister.

For example, Ryan accepts advice from his mother about being friends with his unrequited love and pushes back against Justin’s objections about the friendship. Towards the end of the drama, Ryan finally acknowledges his older sister’s sacrifices and appreciates the important role she plays in his life.

Although the main issue in the drama is Quynh discovering the infidelity of her father, Minh (played by Patrick Tran), and her burden of carrying that knowledge, the most rewarding aspect of “The Things She Carries” is the relationship development between Quynh, Ryan, and their mother Phuong. In the trajectory of these relationships, we witness the growth and strengthening of family ties, as well as sharing the burden of the things the women carry. No woman should feel like she is facing her struggle all alone.