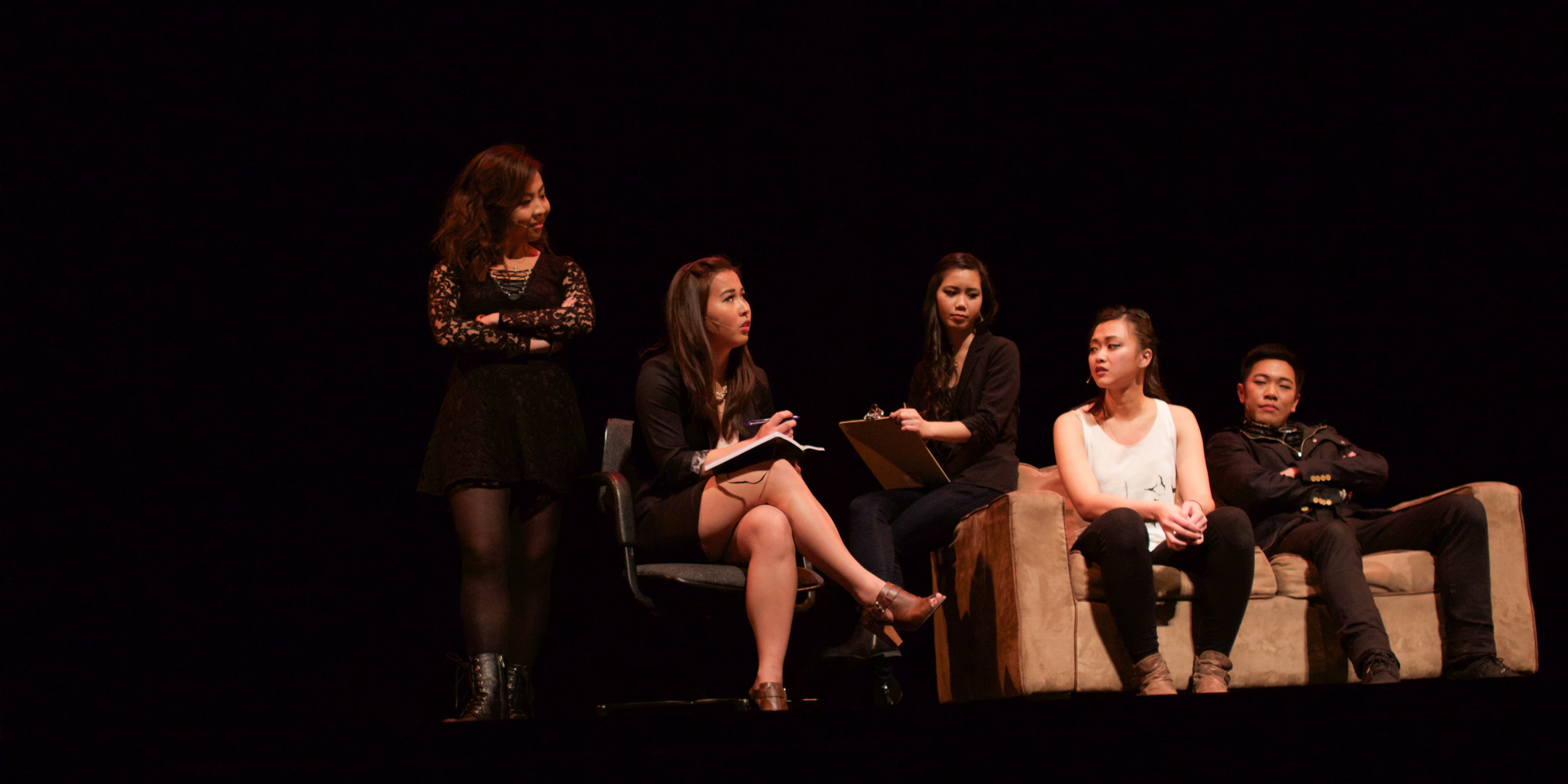 Vietnamese Student Union (VSU) held their 36th annual cultural night on January 18 in order to express two stigmatized issues that are present among the Vietnamese community: mental illness and depression.

With the help of 120 student members of VSU, the show, held in Royce Hall, highlighted the daunting ramifications of the Vietnam War and how it affected the many generations that came after.

“[We] hope to bring more awareness to the Vietnamese community. Many of us are first-generation Vietnamese Americans dealing with the issues of our parents leaving everything behind to give us all the opportunities that they can. We put a lot of pressure on ourselves,” VSU publicity coordinator Karen Bach told Pacific Ties.

The play, “See You Tomorrow; Lối Về Bình Yên,” depicts the struggles that exists in the Vietnamese community, yet still lay hidden.

Kim, portrayed by Christy Quach, is a first year pre-med college student who unknowingly struggles with depression. Her own realization does not occur until she meets Will (Tim Nguyen), a character who exudes a cheerful personality yet also faces his own internal struggles.

The production acknowledges how underrepresented mental health and depression is within the Vietnamese community and how it intersects with the aftermath of the Vietnam War.

Three separate characters, wearing all black, embody different symptoms of depression. They hover around and speak to Kim to depict how irrational thoughts and feelings of hopelessness affect her everyday interactions with friends and family.

For example, Kim’s mother (Serena Nguyen), a traditional Vietnamese mother, denies the existence of depression for Vietnamese people even though the root of her husband’s depression and mental illness may have been caused by their forced migration from Vietnam, their homeland, to the United States, a foreign place that they must adopt as their new home.

Kim decides to visit a mental health professional, Dr. Ly (Tiffany Dang), by the end of the production.

Applause from the audience and their countless cheers along with the many cries and sniffles during moments of glee and sadness were heard throughout the audience, indicating that the stories told had resonated with them.

Awechords a cappella, VSU Modern and Vietnamese Traditional Dance also took the stage in between scenes of the play.

Mental health and depression are troubling issues in the Vietnamese community but also extend toward the Asian American community as well.

With the constant pressure to conform to the “model minority” myth, in addition to the pressure to exceed one’s parent’s expectation as a repayment for all their struggles, mental health and depression are problems that need to be addressed within the Asian American community.

If you or someone you know is going through depression, please contact:

UCLA Office of Students with Disabilities