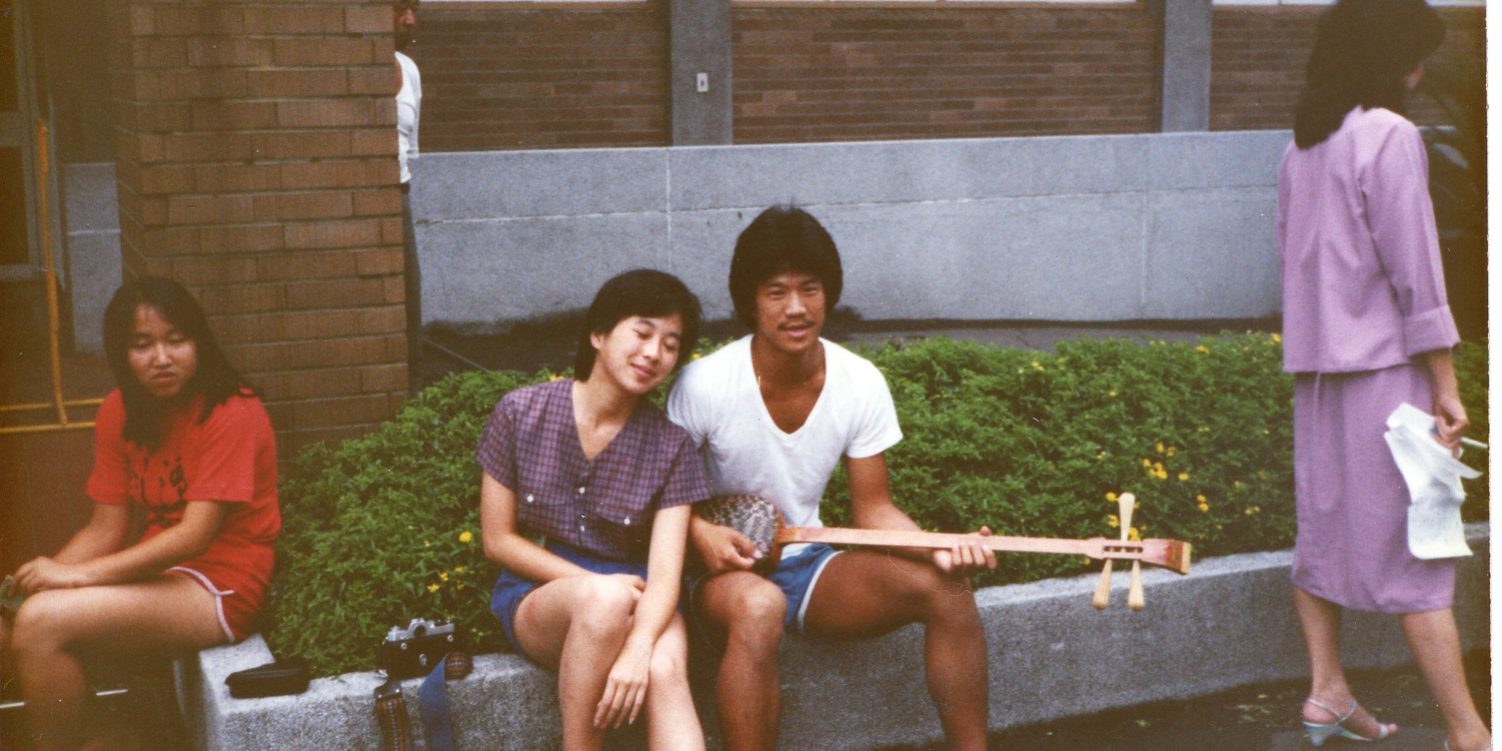 Valerie Soe, a former Pacific Ties editor-in-chief (1981) and currently an associate professor at San Francisco State University, is an award-winning filmmaker. Most of her works are shorts, focusing on one social theme such as dismissing the stereotype of all Asians looking the same in her short “All Orientals look the same.” Soe will be filming and conducting interviews in Taiwan for her full-length documentary “Love Boat: Taiwan” this summer.

The Love Boat, originally a cultural enrichment program, had multiple names, such as  Overseas Compatriate Study Tour to Taiwan and Expatriate Youth Taiwan Summer Camp. The program spanned about six weeks with about four weeks dedicated to learning about Taiwan language, culture, arts, history, etc. and the latter two dedicated to visiting popular tourist sites. The nationalistic Taiwan government hoped to persuade young Chinese Americans and Taiwanese Americans to support the government in its ideological fight against China. Taiwan was, after all, fighting for independence.

Soe herself participated in the program in the 1980s. She recalls lessons in Mandarin, Chinese dances, martial arts and calligraphy. But she also recalls witnessing both the political motivations behind the program and the romantic consequences.

“The government and the military were really in control of the program a lot. They were still also trying to convince people that they were going to take over China again. … That was really a large part of what we kind of learned,” says Soe. “Of course, in the evening, after all the lessons are done and after curfew, the main attraction for a lot of people was that you could sneak out and go into Taipei and go to all the clubs and eat at the night markets and go to restaurants.”

Soe adds, “This is like a big summer trip, and it’s just very conducive to romance.”

In the 1990s, the program was internationally popular, garnering over 1000 students each summer, yet, not many people knew about it, save for, mainly, the Taiwanese people who had attended and their families.

The culture-specific nature of the program is only one of the many reasons why Soe wishes to make this story known. Her increased interest in Asian countries after finishing the program and her artistic motto of “making projects about stories that are usually not well-known to the mainstream” have also motivated her to make a full-length film. And, most importantly, Soe feels it is her duty to tell an Asian story from an Asian perspective rather than from a Hollywood perspective. “Love Boat: Taiwan” and any Asian story in general needs to be told by Asians to accurately portray the events and experiences, Soe asserts.

Spending the summer in Taiwan, Soe will try to gain a better understanding of the politics and social impacts of the program. She plans to talk to some of the attendees who managed to find the love of their life at the love boat, participants who, afterwards, found Asia so appealing that they permanently moved there and government officials who organized the program.

Soe adds, “The Taiwan love boat was this very significant and still a very significant cultural institution for Chinese Americans and Taiwanese Americans, and I want to know why. I want to why, and I want to know how it impacted those communities … [Globally] did it have [an] impact on relationships between Taiwan and the U.S. politically or Taiwan and the PRC [People’s Republic of China] politically?”

After jumpstarting her Indiegogo campaign, Soe received a flood of messages from participants of the program wanting to share their stories.

“I’m really happy that I’ve been able to get such a great response from people once they found out about it. They’ve been contacting me out of their own volition. … It’s really great. I’m happy there’s so much interest in it,” remarks Soe.

However, a large response also means spending more time filtering out stories that are not necessarily representative of certain communities. Soe says she will just have to go through each story and focus on the few that successfully capture the essence of the love boat.

Soe also mentions fundraising is a concern. Her fundraising campaign started in April, but it has barely reached the 50 percent mark.

“For anybody who is doing an independent project, the biggest obstacle is the fundraising. For filmmaking, it’s super expensive to make movies in the first place. And if you’re gonna hire a professional crew, which I think is really important, … [you] wanna be able to pay them,” explains Soe.

The fact that “Love Boat: Taiwan” will be a full-length documentary does not startle Soe who primarily makes experimental shorts. One of her longer works, “The Oak Park Story,” is only about 22 minutes. “Love Boat: Taiwan” is expected to be at least an hour long.

“The Oak Park Story” “involved interviewing a lot of people too and talking to a lot of people of different races and different languages. [“Love Boat: Taiwan”] is in some a way a continuation of that kind of filmmaking — just something that’s very multicultural and has lots of different perspectives,” responds Soe.

Apart from Indiegogo contributors, Soe has received support from various institutions, including San Francisco State University, Fulbright Scholar Program and the Ministry of Foreign Affairs in Taiwan. Soe expresses excitement and appreciation for the support.

Even with all the support, some thoughts still troubled Soe. According to Cultural Weekly, nearly 2000 documentaries were submitted to the 2015 Sundance Film Festival alone. Trying to get any story out is incredibly difficult, especially if the director is from an underrepresented group.

“I know that Asian Americans have so many stories to tell and are so talented. And we are just so rich in the kind of history we can express and the culture we can express. … I think it’s important for [people] to support Asian American independent media and support with … dollars because unfortunately that’s the only thing that Hollywood understands,” says Soe.