You are here:
NEWSPOLITICS 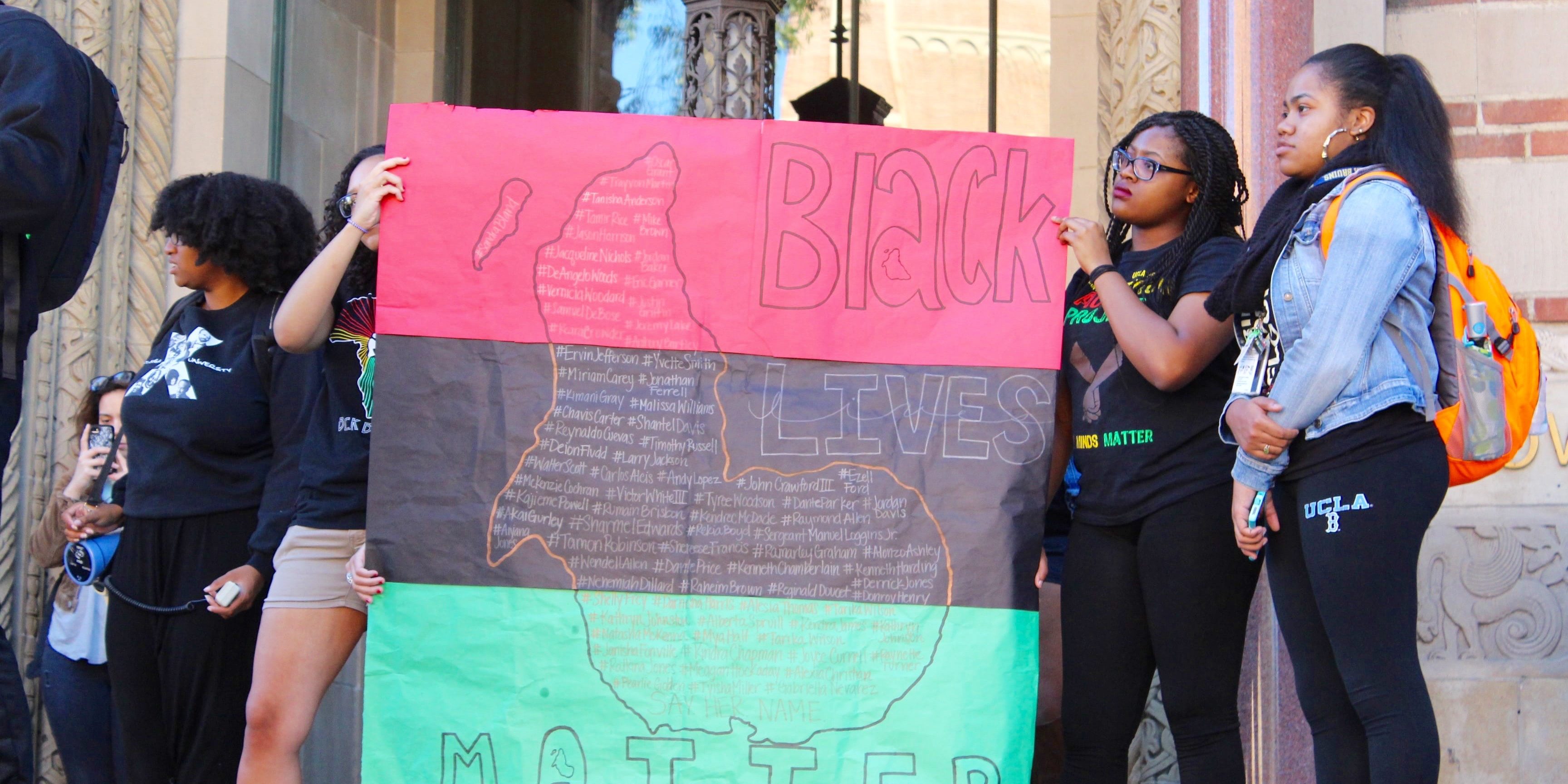 Afrikan Student Union at UCLA organized UCLA Mizzou Solidarity Day, a walkout and rally for UCLA students, faculty, and allies to stand in solidarity with Black students at the University of Missouri on Thursday, Nov. 12.

UCLA students walked out of classes and gathered in Wilson Plaza at 12:45 p.m. Representatives of Afrikan Student Union organized on the steps to Powell College Library and the rally began at 1:00 pm.

At the beginning of the rally, a representative of Afrikan Student Union at UCLA announced the organization’s statement of solidarity with the students of Mizzou, exclaiming that “Black students are at constant war” and “UCLA is no different” than the campus climate at the University of Missouri. The activism demonstrated by students at Mizzou illustrated that “students are rising to demand more.” The ASU representative concluded, “Black students at Mizzou…have inspired us to demand more and seek greater. You have inspired us to accept our collective duty and fight in our collective duty to win. It is far from over.”

Afrikan Student Union at UCLA’s official statement of solidarity with the students of Mizzou can be found in an article posted by Nommo.

View Pacific Ties’ photo gallery to see highlights from the rally below: 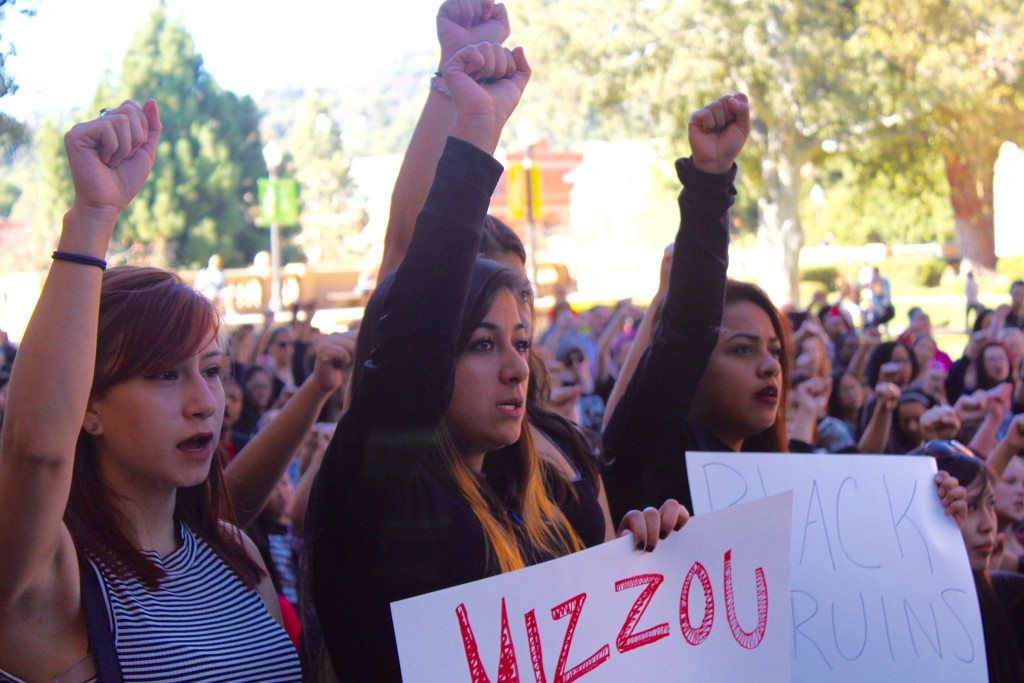 Students in solidarity with Black students at Mizzou and at UCLA. Photo by Karin Chan. 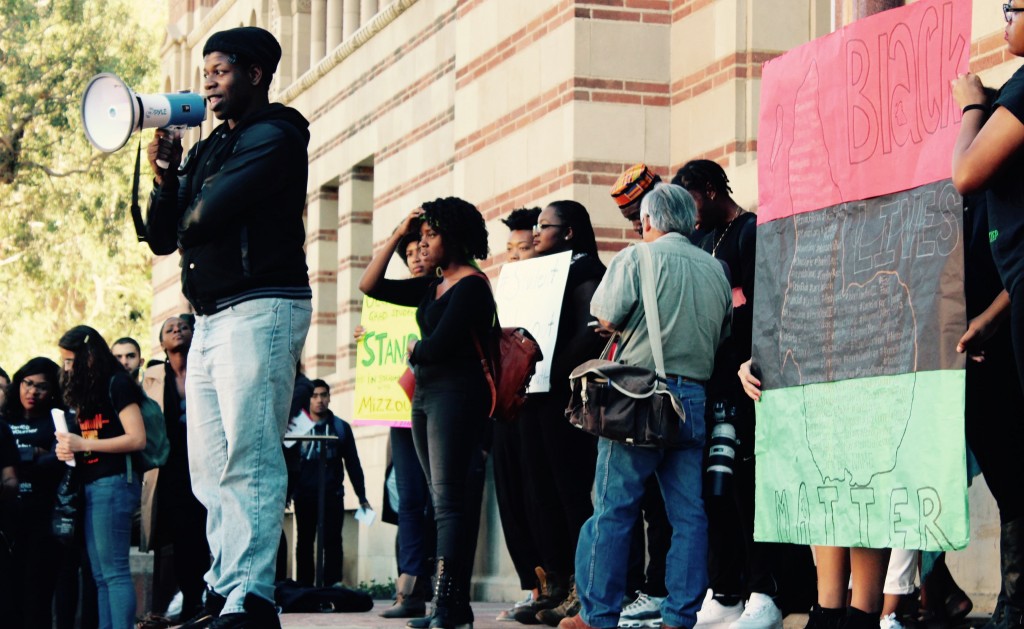 Student speaking at the rally. Photo by Karin Chan. 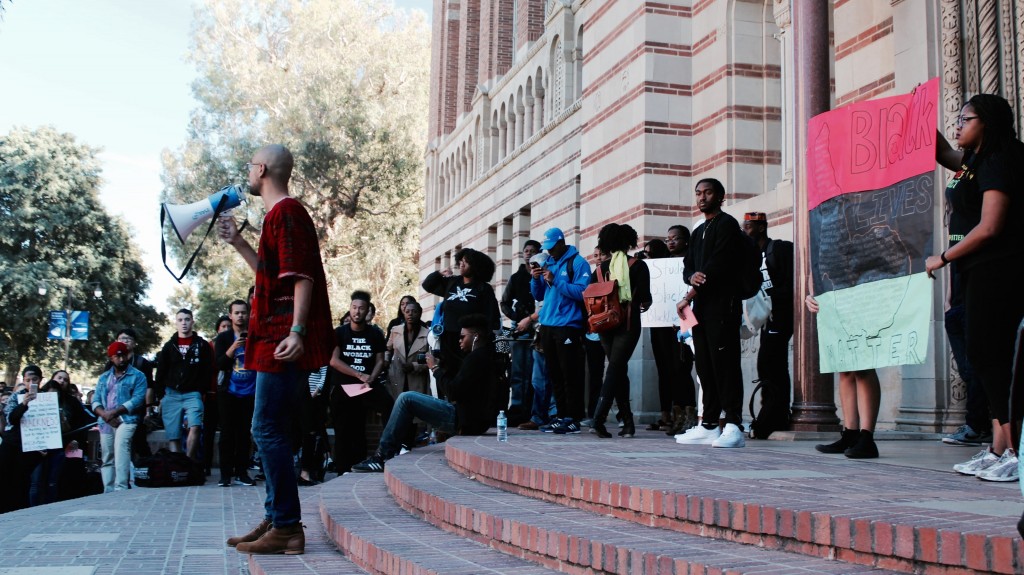 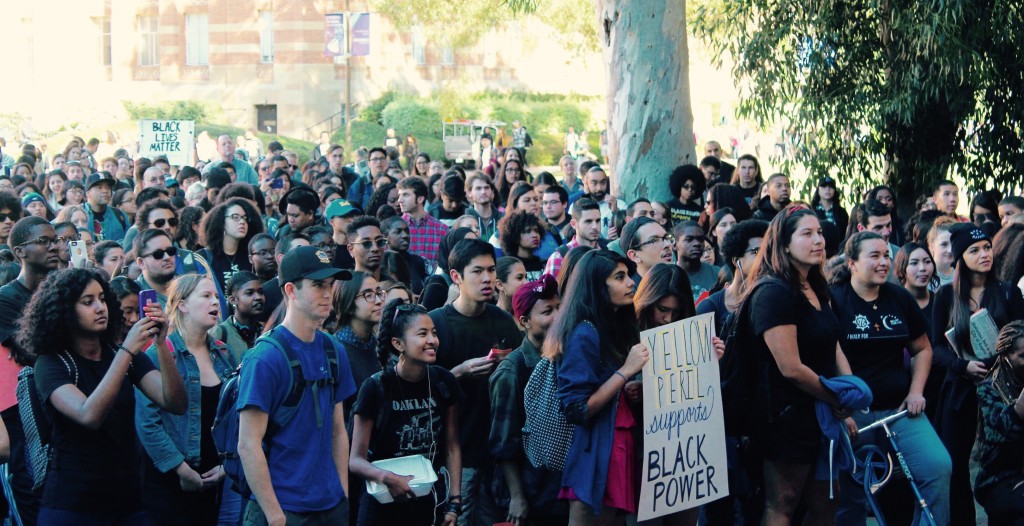 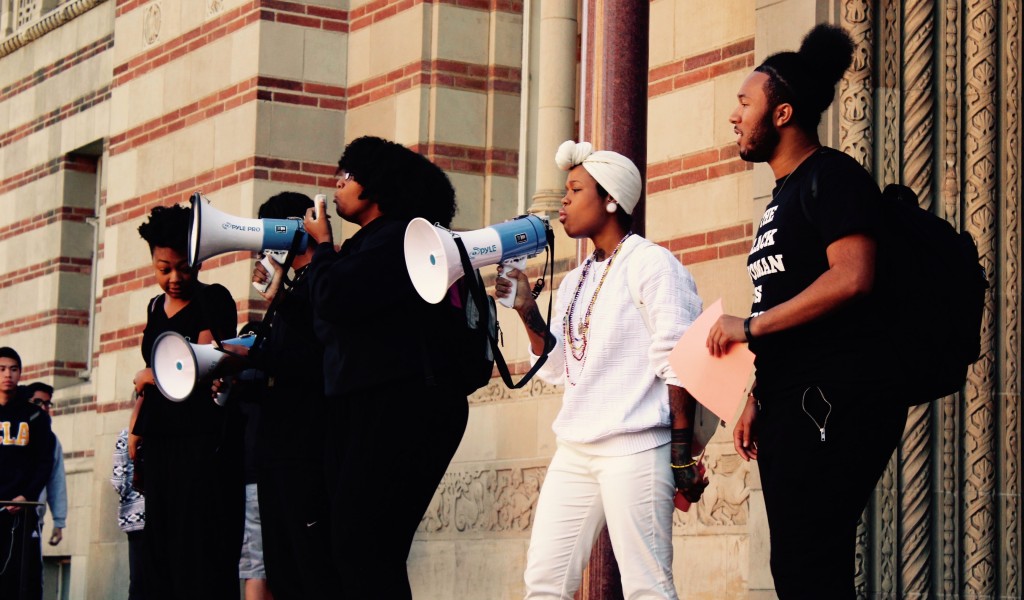 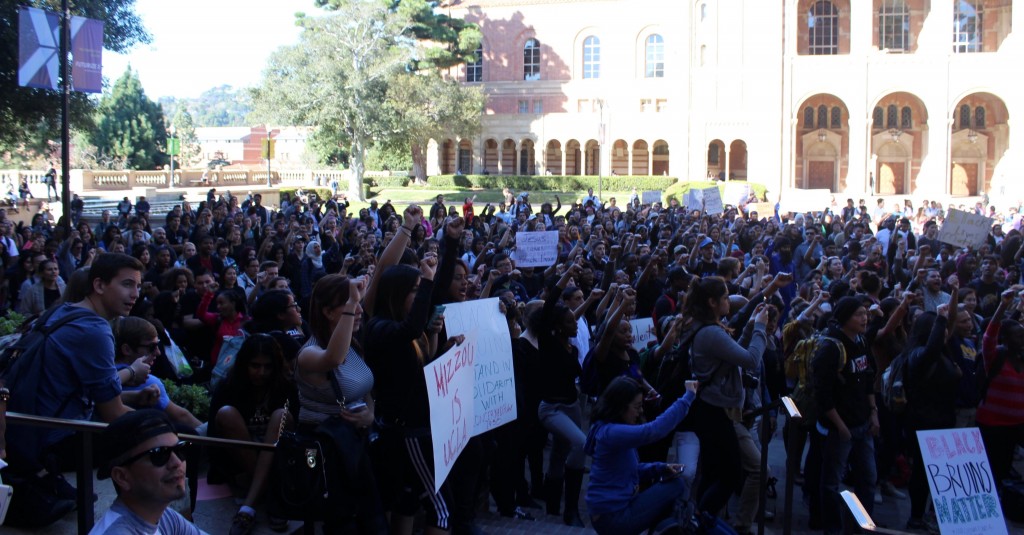 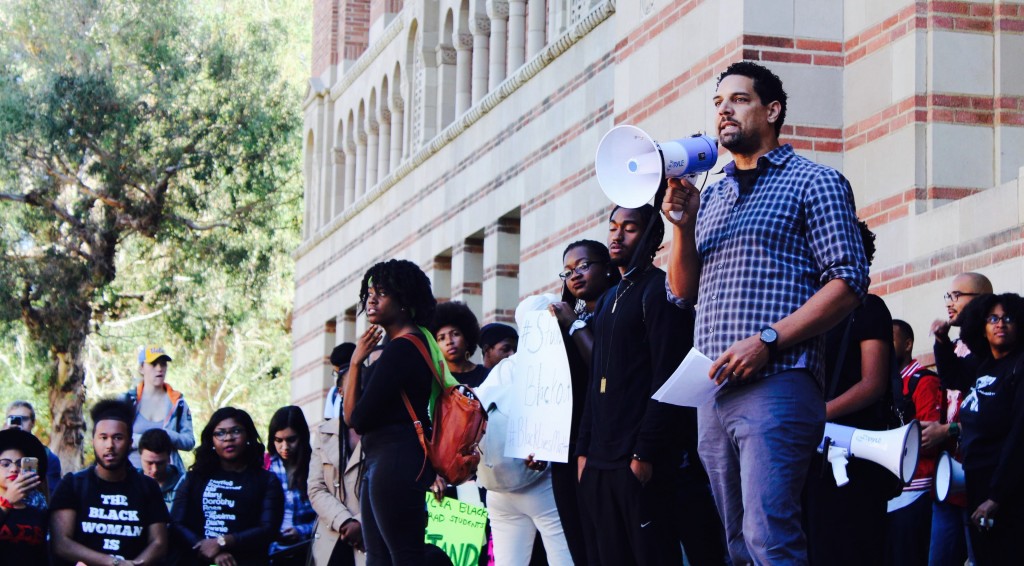