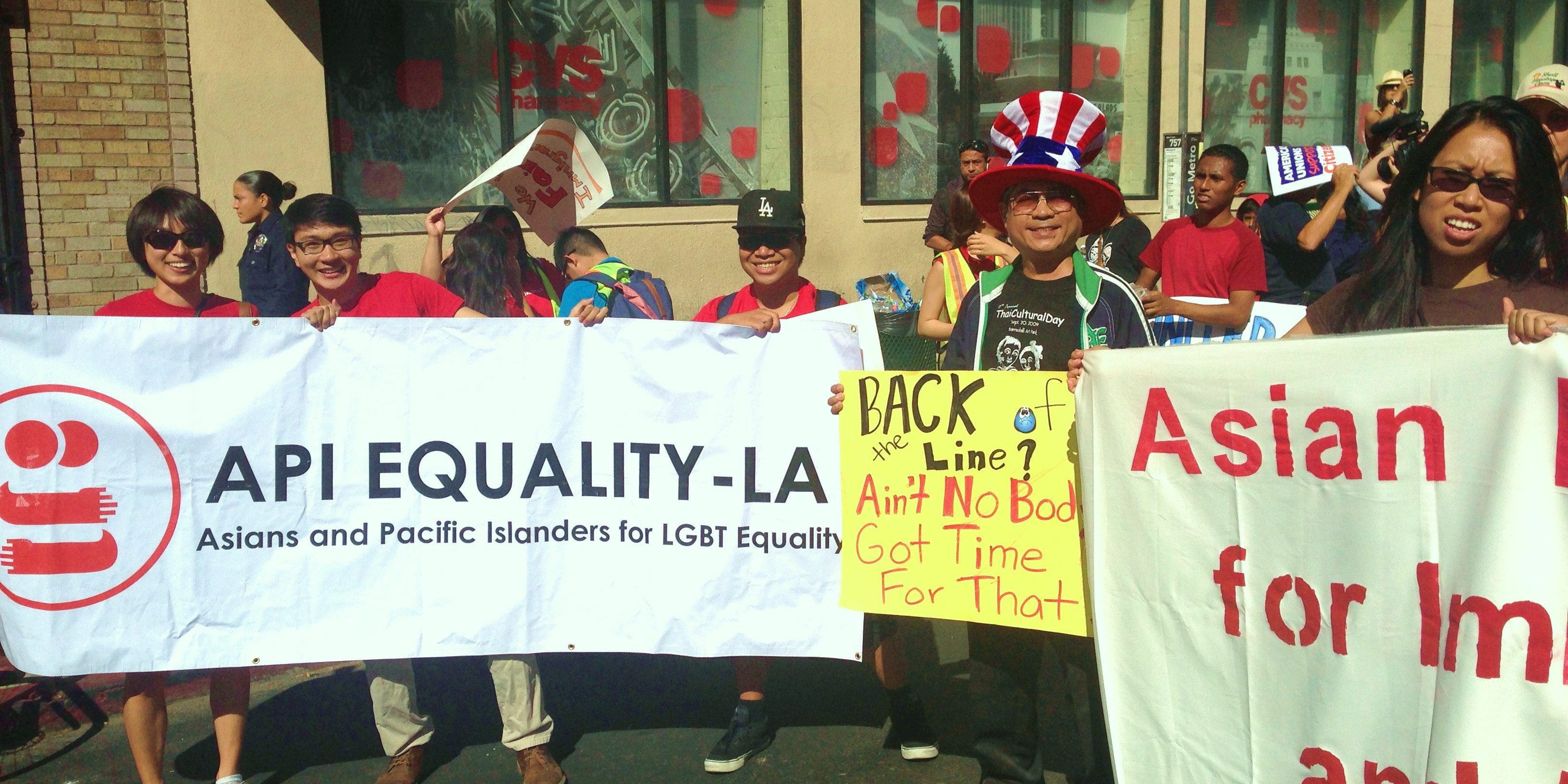 In the midst of government shutdown, supporters of immigration reform across the nation gathered this Saturday morning for an event called “National Day for Dignity and Respect” to march and rally in effort to pass immigration reform by the end of the year. The New York Times reported that over 100 U.S. cities bustled with protest activity, and Los Angeles was no exception as nearly 2,000 people marched through Hollywood. Though temperatures reached a high of 90 degrees in Los Angeles, the attendance was high with plenty of energy booming, and the diversity of support showed the relevance and impact of current immigration laws affecting many different communities. The range of attendees included people of all ages from toddlers to grandparents, and a spectrum of varying occupations from janitors to students. Participation included organizations such as Advancing Justice, Asian Pacific Coalition (APC) at UCLA, Chicanas for Immigration Reform, China Community for Equitable Development (CCED), API Equality, Korean Immigrant Workers Alliance (KIWA), and United Long Term Care Workers (ULTCW).

From stuffed alien dolls, raised piñatas, songs and dances, attendees came up with many clever ways to gain attention while sending a charged statement against the term “illegal” immigrant. Protesting in languages from English to Korean and Spanish, various groups chanted in unison with each other: “What do we want? Immigration reform! When do we want it? Now!”, “Hal-soo-eet-dah! Si se puede!” and “Congress escucha, estamos en la lucha.” The march lasted about four hours with continuous chanting to familiar song tunes and participants pounding their fists into the air to represent immigrant power. The beating of drums excited dance performances, and the volume of protests were cheered on by blow horns. Fighting against the safe act and the deportation of undocumented immigrants, against employment wage discrimination, and against the possibility and reality of torn families, different groups united together in this march to push a message that ironically was sung and celebrated in early America: “This land was made for you and me.” Though the lyrics originated in a different context, supporters of immigrant rights will continue pushing for a more inclusive law that protects a land for undocumented immigrants and equality. 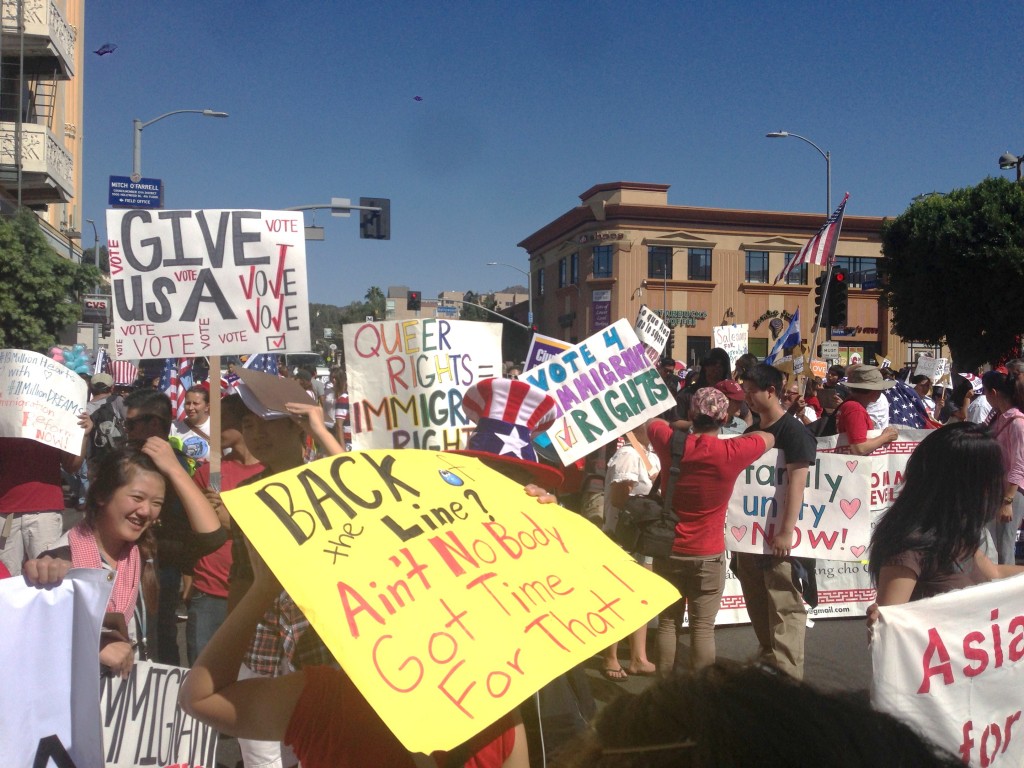 Students and workers rally together with colorful and creative signs. 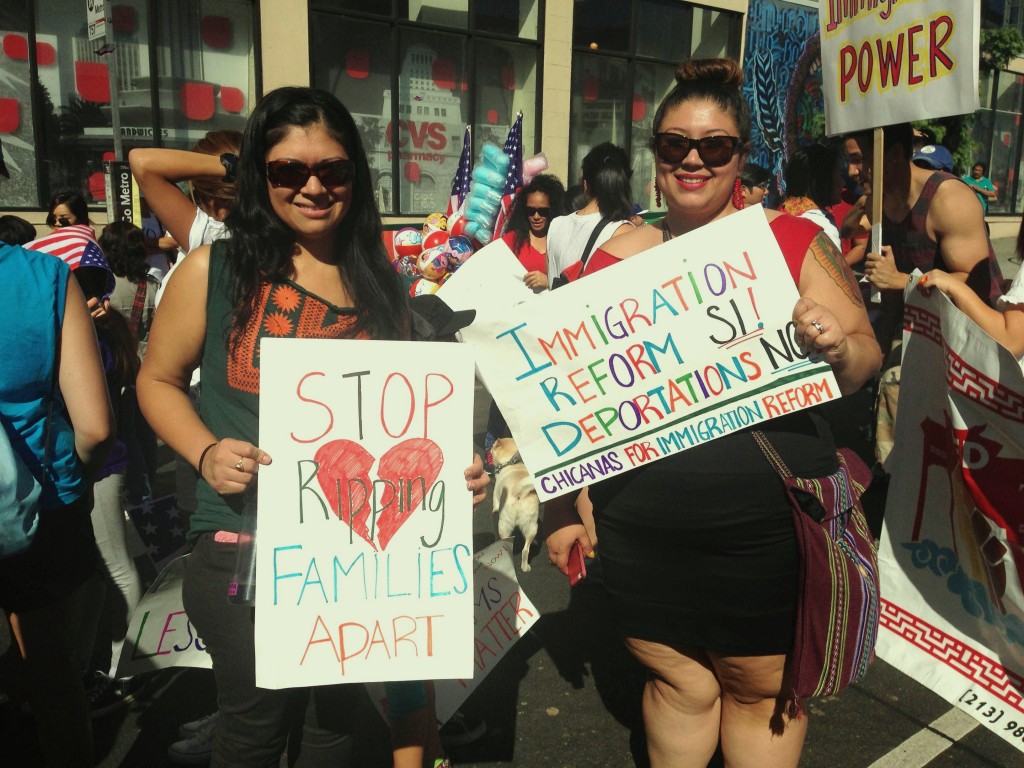 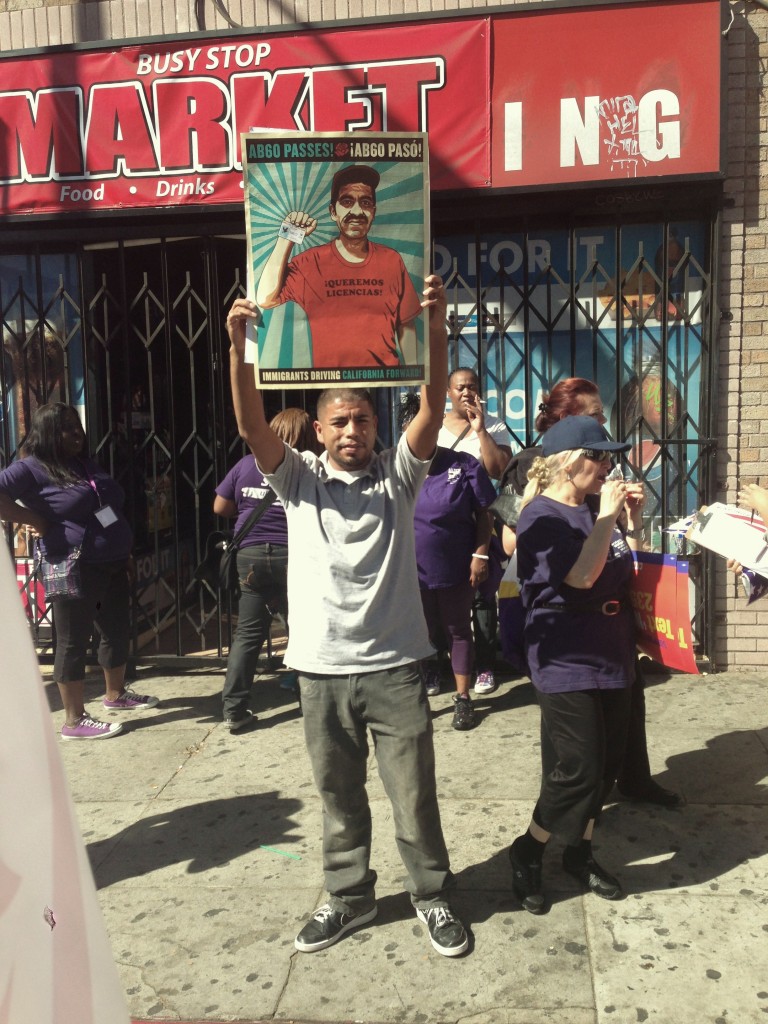 A young man protests against the recent passing of AB60, a bill that requires proof of documentation to be eligible for a CA driver’s license. 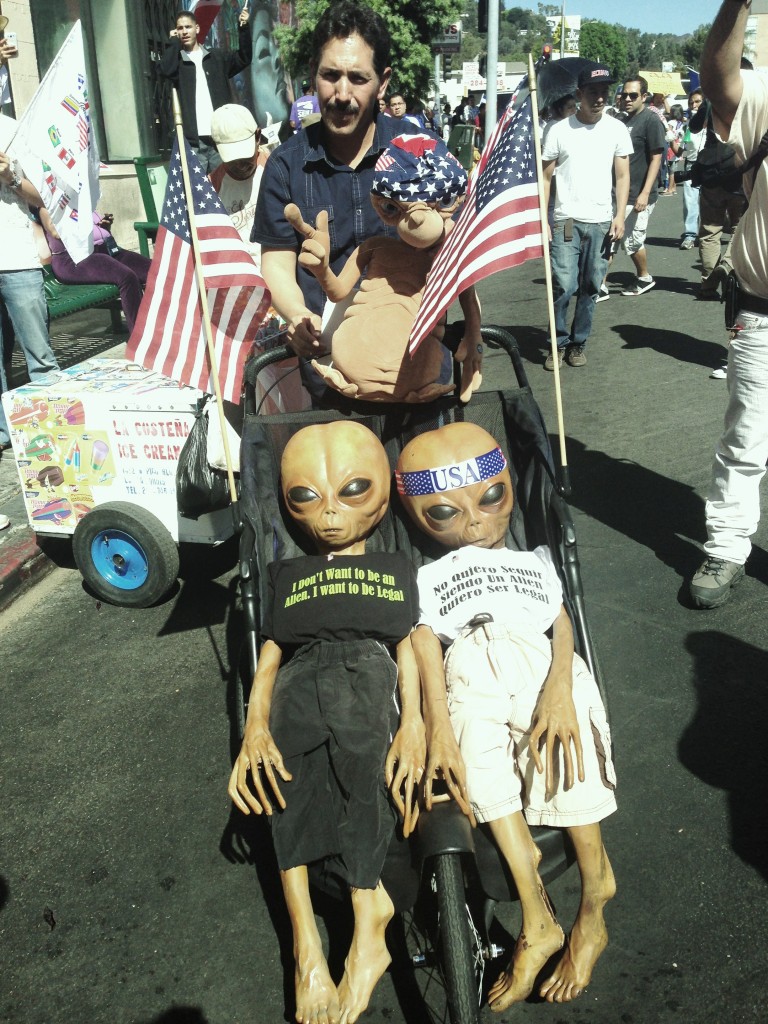 These aliens are being wheeled around wearing t-shirts that read: “I don’t want to be an illegal alien. I want to be legal.”