The Problem with Asian-American Reality TV 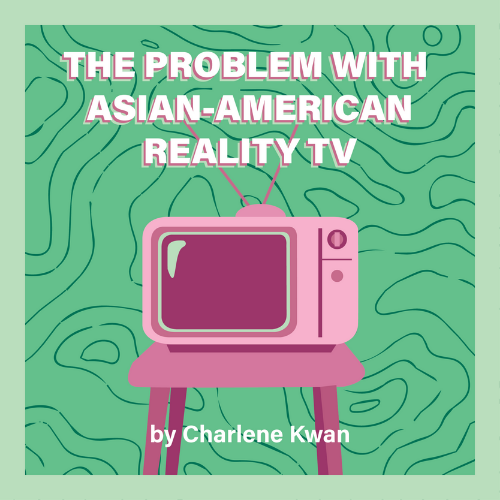 Hot on the heels of 2018’s “Asian August,” which showed media executives that Asian-centered stories can be profitable, HBO and Netflix have released reality shows centered on Asian families and social circles.

HBO’s House of Ho centers on the Vietnamese-American Ho family in Texas, and Netflix’s Bling Empire covers a group of East Asian socialites in Los Angeles.

Reality television has long been recognized to lie in the realm of guilty pleasure, brain rot, mindless binge shows. The Kardashians, the Hilton sisters, and the Real Housewives of ten plus cities did not become celebrities because they wowed audiences with talent but because they had compelling personalities and lavish lives that entranced the masses. These reality shows have attracted criticism because of their elitism, consumerism, and inauthentic nature.

Within this mold, House of Ho and Bling Empire should have similar faults. However, the racialized nature of these shows lends them to criticism beyond that of largely white reality TV shows.

The caricature of rich, international students or Fresh-off-the-Boat (FOB) immigrants is pervasive among younger Americans.

I was aware of this stereotype growing up and made conscious efforts in my majority white town to escape them. I made my assimilation into “American-ness” and our town’s specific brand of Northeastern prep clear, and in doing so, pitted myself against my Asian peers. Unlearning this gut reaction to “prove” myself to be American is a process I continue to struggle with.

House of Ho and Bling Empire play into the trope that mainland East Asians are rich, reinforcing its validity to white audiences who do not feel its harmful effects.

Most importantly, these shows tokenize cultural tradition and commodify the foreignness of their subjects.

In the Netflix preview for Bling Empire, Christine Chiu brags that her husband is a twenty-fourth generation descendant of the Song dynasty and that they would be next in line if the dynasty was still in power. This is representative of the elitism typical to reality television shows. However, the commodification of Christine’s foreignness is new. To white audiences, she reads as a relic of the past and as a foreign and exotic figure rather than a three-dimensional person.

This is a direct result of the ways in which white Americans conceive of themselves. In the past ten years, the United States has felt threatened on the world stage. East Asia has gained economic power, and China specifically has been cast as a threatening communist figure in what can be characterized as a resurgence of Red Scare propaganda. More recently, East Asians have become the scapegoat for the COVID-19 crisis.

The “exoticization” promoted by House of Ho and Bling Empire reinforces the idea of Asians and Asian-Americans as the other. Unlike Keeping Up With The Kardashians, where the characters’ lifestyles are seen as aspirational, the foreignness of the cast of House of Ho and Bling Empire are emphasized and continually brought to the forefront. While representation is arguably not the most important issue that Asian-Americans face, Asian-American reality TV is distinctly negative in the ways it portrays us.

House of Ho and Bling Empire are emblematic of the ways in which white America is seeking to push Asian-Americans firmly into the realm of the exotic and foreign. And to put it frankly, Asian-Americans don’t need this.