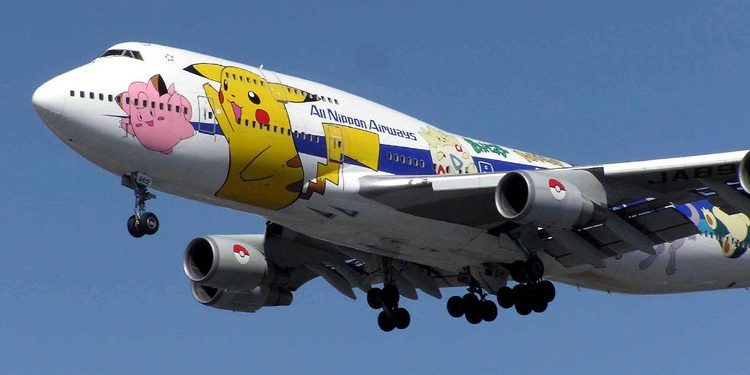 Ramen shops, souvenir stores, hotels and a Japanese supermarket inhabit Little Tokyo. Amidst all this busyness, standing out the brightest and most colorful is Sanrio, a Japanese toy store dedicated to selling “kawaii” – or cute – trinkets, dolls, and Hello Kitty.

Hello Kitty, along with all the other Hello Kitty-themed merchandise, do not just live in Little Tokyo. You can find them all around Los Angeles and all the way to China. They have also found their way onto designer clothes, cosmetics, and food.

These characters are everywhere, and we have come to accept them as permanent residents of where we live. However, we distinctly recognize them as Japanese. We know they are from Japan and only Japan. This was not always the case.

Hello Kitty, or more precisely the concept of kawaii, started in 1970s Japan as a handwriting trend. Traditional Japanese script was written vertically and used strokes of varied thickness. The new style was written laterally, involving rounded strokes and pictures, such as hearts and stars, embedded within the characters.

Many educators found the writing style to be extremely difficult to read, so it was widely banned in schools. But, the trend had already started.

By 1985, more than half of 15- to 18-year-old females surveyed utilized the new writing style, while 20 percent of males in the same age range used it, according to a study conducted by professor Kazuma Yamane, an expert in kawaii handwriting.

Sanrio, recognizing the trend early on, capitalized on kawaii handwriting, selling stationery and greeting cards printed with cute designs and the stylized handwriting. In 1990, the company monopolized that industry and sold $1.6 billion worth of products.

Simultaneously in 1970s Japan, the toy business was booming and proving to be a source of economic growth. The rising popularity of anything kawaii was inevitable. By the 1980s, businesses, banks, and airlines had adopted cute characters for promotional advertising or as the company’s logo. Pop idols were using baby talk, acting innocent, and wearing childish clothes.

Despite kawaii culture’s success in Japan, America still had not recognized kawaii or even any Japanese products. How did Japan make its mark in the US market? How did the country manage to inform everybody about the origins of Pokémon, Sony TVs, Hello Kitty?

Following World War 2, all Japanese products entering the US market had to be “culturally odorless,” meaning the product was effaced of anything that could conjure up the idea that the product was from Japan. Kuroki Yasuo, the inventor of Sony’s Walkman, took this policy to heart when he exported the cassette player to America. But, in a 1995 letter, Yasuo was dismayed, lamenting that nobody could recognize the ingenuity as Japanese. He then argued this would change when Japan enters the field of games and media and acquires “soft” power.

In a publication, cultural anthropologist Anne Allison quoted Harvard University professor Joseph Nye’s definition of soft power as the “ability to get what you want through attraction rather than coercion or payments.”

“Power of this nature comes from inspiring the dreams and desires of others through projecting images about one’s own culture that are broadly appealing and transmitted through channels of global communication (such as television and film),” added Allison.

Slowly and surely, Japan acquired such power in the means Yasuo predicted through kawaii culture. When popular animated TV series Sailor Moon aired in 1995 in the US, it garnered attention from a variety of people. Although the show was not a success, attention started to shift away from Hollywood films to works from Japan. Viewers who liked it admired the split nature of the main character Sailor Moon – a schoolgirl who is good-looking, lazy, klutzy, and fashionable, wearing a mini-skirted sailor outfit when she transforms and saves the world from aliens. She possesses a school-girl lifestyle in which many viewers could relate to – something Hollywood could not create with its idealistic heroes.

In 1998, Nintendo went several steps further than Sailor Moon. The company marketed Pokémon Red Version and Blue Version, which immediately drew the attention of many children, adolescents and adults.

The games not only marketed over 100 kawaii “pocket monsters,” but also conflated the cuteness with interactivity. Allison expresses in a publication, “It is not only that the imaginary characters of Pokémon are ‘cute’ … but that cuteness here invites a different type of interaction. Bringing these characters out of the screen, so to speak, triggers the fantasy of enveloping them into everyday life.”

As a result of Pokémon, many Americans became more and more interested in Japan’s culture, cities, and lifestyle.

Today, Americans can easily conflate a Japanese product with Japan and even feel more inclined to purchase or watch Japanese media.

“I feel like the anime style is very distinct: big eyes, bright hair, elaborate costumes, etc. Even games like the Professor Layton series has a very anime touch despite the game taking place in London with British characters,” Kim added.

“With Japanese [role playing games], there is a strong sense of progression in the gameplay as you travel across the world, collect items and weapons and abilities, and grow more powerful. There is usually a strong narrative focus and deeply intricate worlds with many places to explore and many sidequests to complete, even if the world itself is not particularly large,” said a 19-year-old UCLA student who chose to not be named.

“Storytelling is different compared to American video games. … Lot of themes in there were very unique … [and the] Japanese voice actors are significantly better than the English actors,” added Black.

Because of anime, Black became more intrigued by Japanese culture, even taking UCLA courses that teach about Japan’s arts, literature, etc. Many other students acquired such intrigue in the same manner.

“I’m fascinated by Japanese culture. I love its colorful history and culture. I have to say films like Spirited Away and Princess Mononoke have inspired many of these interests because of their acute depictions of Japanese culture,” said Kim.