The Gentrification of Asian Cuisine 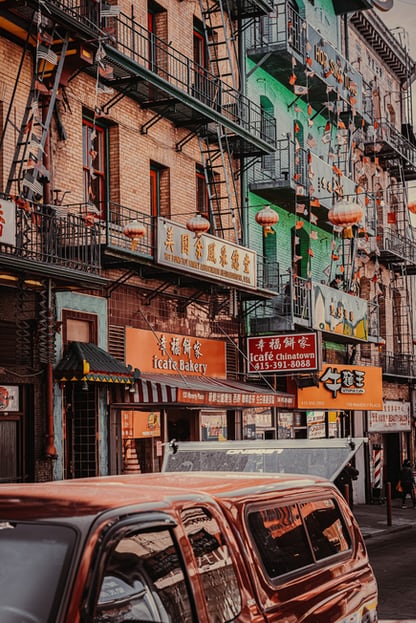 In recent years, Asian cuisine has become more mainstream than ever before. Boba, ramen, tikka masala, sushi, Pho, Dim Sum, etc. have all been popularized through social media and other avenues. Although this may appear to be a positive development, concerns have been raised by members of the APIDA community regarding whether this has given way to the gentrification of Asian cuisine.

The gentrification of Asian cuisine can be described as the white-washing of Asian food that results in inauthenticity and the all too common practice of not giving credit to Asian cultures where it’s due. It can be seen in Westernized Asian dishes, fusion restaurants and food trends. Asian-owned restaurants are often displaced by large food chains that claim to offer authentic Asian dishes, and this is yet another example of the gentrification of Asian cuisine.

A prime example of this in practice is the ongoing gentrification of Chinatowns. In Flushing, New York small local businesses are being forced out by large companies and retailers. Although the number of shops has increased, the price of rent has increased as well; making it more difficult for local restaurants to survive. Furthermore, in 2018 a bill was passed that banned street vendors, citing them as “sidewalk obstructions.” As a result, the number of local Asian street vendors dwindled until there were none left. Large Asian restaurant chains continue to actively displace smaller locally-owned Asian restaurants. Although small Asian restaurants make up an estimated 80 percent of all Asian restaurants in the United States, large chains of Asian restaurants continue to reap the most profits. In 2019 alone, P.F. Chang’s made approximately 918 million dollars in annual sales in the United States. Oftentimes these chains are not Asian-owned, and thus most of the money lands in the hands of white Americans who continue to profit off of Asian culture.

Asian fusion restaurants have become common in American cities. Popular examples include Kogi Korean BBQ and Baroo, both of which are eateries that attract large volumes of customers in Los Angeles. When asked if they think Asian fusion restaurants are an example of the gentrification of Asian cuisine, an anonymous APIDA student responded, “I do think so, yes. I definitely get the appeal of Asian fusion with Western cuisines but I dislike when a white person tries to tell people how to cook Asian cuisine, as if they have any authority. Also, if you advertise it as fusion, there isn’t as much of  a responsibility to be authentic. It’s kind of a disservice to Asian food.”

Certain Asian dishes have experienced a rise in popularity in recent years. Boba is a beverage that originated in Taiwan that has been popularized and subsequently white-washed. Hazelle Gunawan, a second-year Math Econ major at UCLA, shared her perspective on the rise in boba’s popularity over the past few years: “When I was a kid, boba was really good and really cheap. It was just an East Asian thing. Now everyone wants boba. Some people don’t want to try some Asian desserts because they think they’re gross. But they just like boba because it’s trendy right now.” It is estimated that the boba tea industry will grow by $2 billion to $4.3 billion by 2027. As boba prices have gone up, some argue that the quality has gone down. “Americans have big sweet tooths and I think boba has gotten sweeter because of that,” Hazelle added, “It’s not the same as it was before.”

Many members of the APIDA community have had experiences where they were made to feel uncomfortable about bringing Asian meals to school. An anonymous APIDA student described one such experience: “My mom packed rice and curry for my lunch one day. When I opened it at lunch other kids told me that it “smelled funny” and “looked gross.” I was really embarrassed and when I went home I asked my mom to make me sandwiches to take for lunch instead.”  APIDA people often feel frustrated when the same people who once ridiculed their lunches are now posting Asian meals on social media. “I get so annoyed,” said Hazelle, “We need to start gatekeeping Asian food again. I feel like they’re just going for trends and they haven’t really turned over a new leaf or anything.”

Asian foods are often marketed as superfoods to Western audiences with no mention of their origins in Asian cultures. An example of this is bone broth, which rose to popularity in 2015. In January 2015, the “Today” show declared that bone broth was the “hottest new food trend” and listed its many benefits while attributing it’s discovery to “Paleo dieters and wellness enthusiasts.” There was no mention of bone broth’s roots in Chinese culture. Many APIDA members find this oversight of acknowledging the contributions of Asian culture to be offensive. An anonymous APIDA student expressed their views on this issue: “It bothers me when something Asians have been doing for years is suddenly “discovered” by white people. It’s like they’re taking credit for something we started to make themselves look better.”

How can we combat the gentrification of Asian cuisine? Some suggest that legislation should be passed that protects the interests of small locally-owned Asian restaurants. This might be a long-shot in our capitalistic society, but with enough support the APIDA community can make meaningful change. Even a simple effort to try a local Asian-owned restaurant instead of going to Panda Express or Benihana can make all the difference. Being more mindful of the origins of our food and the cultures that brought certain dishes to our table is another way to counter the gentrification of Asian cuisine. Together we can reverse this trend by showing our respect for APIDA cultures and supporting authentic Asian cuisine.