TCA preserves and spreads Teochew culture in UCLA community and beyond 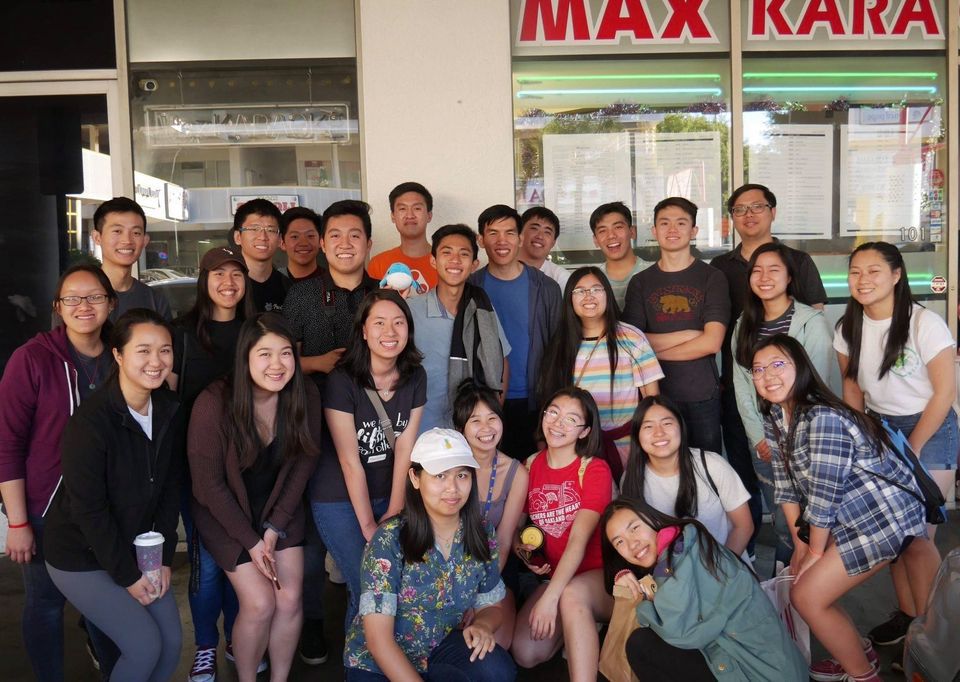 When third-year civil engineering student Michelle Truong discovered UCLA’s Teochew Association (TCA) her freshman year, she was taken aback. It never occurred to her that UCLA had a large enough Teochew community to form a club. Growing up in Garden Grove, she didn’t know many other Teochew people her age, aside from her family members.

“Growing up in Oakland, I never found anyone else who was Teochew — every time, somebody would ask me, ‘Oh, are you Chinese? Do you speak Mandarin?’ I’m like, ‘No,’ and they’re like, ‘Do you speak Cantonese?’ And I’m like, ‘No, I don’t speak that either,’” Wong said. “I didn’t know how to explain it to them, so I just went about most of my life not really finding others like me. [Before TCA], I’d never met that many Teochew people in my whole life.”

Teochew — sometimes romanized as Chiuchow or Chaozhou — refers to Han Chinese people from the Chaozhou prefecture, located in the eastern Guangdong province of China. In the 1800s, following war and famine, many Teochew emigrated from China, shaping the modern-day Teochew diasporic population. Currently, sizable Teochew populations are located in Thailand, Malaysia, Indonesia, Cambodia, Vietnam and the U.S., among other countries.

Second-year computer science graduate student and TCA logistics officer Andrew Oeung relates this emigration to his own family’s experience. Oeung’s grandmother immigrated from Guangzhou to Cambodia, then to southern California with his mother. His other grandmother trickled relatives out of Vietnam amid war. Because of this, Oeung has family all over the world, including in Australia and Canada. Though individual circumstances may vary, Oeung shares that the dispersion of his family is not a unique experience among Teochew people. He also believes this diasporic history makes it difficult to maintain cultural and linguistic connections among the Teochew community.

“External circumstances essentially caused a rift in the community and caused it to disseminate into the world,” Oeung said. “I feel like that’s influenced it, not so much in tangible ways, but more so in subtle ways, like it’s hard to find online resources for Teochew. Let’s say I wanted to know the 100 most common words in Teochew — it’d be a lot easier to find it in Japanese or Korean because it’s very homogenized.”

Oeung says he doesn’t know of many Teochew language-learning resources. Even the few that are available, such as the app WhatTCSay (What Teochew Say), may not represent a consensus on Teochew word pronunciation. One example, Oeung notes, is how he and his friend both pronounce the word “bathroom” differently.

“[My family is] mostly ethnically Chinese, but they lived in Vietnam for so long, they don’t consider themselves Chinese anymore — but they know that they’re not like other Viet people,” Truong said. “I’m told by Teochew people and Viet people that my Teochew sounds like Viet, so there’s the accent barrier with other people who aren’t Viet. Even the Viet ones say my accent is really strong.”

Wong has noted this blend of influences in her own family’s language and cultural traditions too. Her parents, both ethnically Teochew and born in Cambodia, immigrated to the U.S. to escape genocide at the hands of the Khmer Rouge. Her grandparents speak Teochew, and Wong’s parents are also fluent in Khmer, the official language of Cambodia.

Due to this, Wong’s parents integrate Cambodian food, language and music into their family. Wong says she sometimes finds it difficult to differentiate between Teochew and Cambodian culture. For example, Wong says that when she speaks to non-family members in Teochew, others point out that particular words she says aren’t Teochew words.

Despite these differences that Oeung, Truong and Wong have noticed while interacting with other Teochew people, Oeung believes that TCA has still allowed him to relate more to his culture. He shares that he felt more connected to his Teochew culture when he was younger, since he grew up around his grandma and would speak Teochew to her. As he grew up, his Teochew fluency waned.

“Outside of my family, before UCLA, I probably only knew less than five Teochew people, and it would be hard to relate to my culture, in terms of meeting other people and socializing with them,” Oeung said. “I felt like being in [TCA] is a good way for me to broaden my cultural skills essentially because there are definitely a lot of people in the club who are more in touch with their culture or more fluent than I am. It’s been an enlightening experience in that way.”

Wong says TCA also allows her to interact with more Teochew people and helps her feel more connected to her own family. Wong recalls that when she was younger, she didn’t know as much Teochew as she does now. She remembers getting frustrated at her grandfather due to the language barrier.

“Both of my grandparents passed away recently, and they were the main people that I used to speak Teochew to,” Wong said. “It’s a good reminder to kind of keep up with my Teochew for them, even though they passed away — that’s one of my personal motivators to learn and continue the culture. I’m trying to improve so I can make him proud and make my grandma proud too.”

Wong notes that she primarily spoke Teochew to her grandparents and spoke English to her parents, but TCA has fostered more conversations about Teochew with her parents too.

One way that TCA spreads and preserves Teochew culture is through Teochew language learning sessions. Truong and third-year cognitive science student Jessica Lam, who have hosted these hour-long weekly practices since March, create presentations with vocabulary and sentence frames for attendees.

Truong also posted in the Gaginang (which means “our own people” and is often used to unify Teochew people) Facebook group and opened up the language sessions to other college-aged students. Truong normally posts an RSVP before each week’s meeting, then plans the session and activities based on the planned number of attendees. According to Truong, a sizable portion of regular attendees are non-UCLA students, including one UCSB student and one person from Colorado.

Additionally, UCLA’s TCA has ties with TCAs at other UC campuses, including UC Irvine, UC Berkeley and UC San Diego. Though TCA connects college-aged Teochew people, Oeung also sees TCA as a way to bridge generational gaps in the community. In particular, he notes that UCLA’s TCA is affiliated with the older organization, Southern California TCA.

“We are a group of people who are dying out apparently, so having this type of club that kind of preserves the culture and spreads it to further generations is really important,” Wong said. “A lot of kids use this club as a means to learn more about their culture because a lot of people don’t know, like me. I just knew I was Teochew, but it’s a nice way to flourish more and be more invested in their culture and meet more people who are also Teochew.”

Truong hopes TCA can provide a community for Teochew people at UCLA and beyond.

“I want other Teochew people who didn’t know about TCA to know that TCA is there for them, if they want to join and meet other people with the same background as them,” Truong said. “I hope that even after they graduate, we’ll still be connected to each other. I’ve seen that the alumni still talk and have that connection, so I hope that the current members now will continue to stay connected and know that the Gaginang are there for them.”