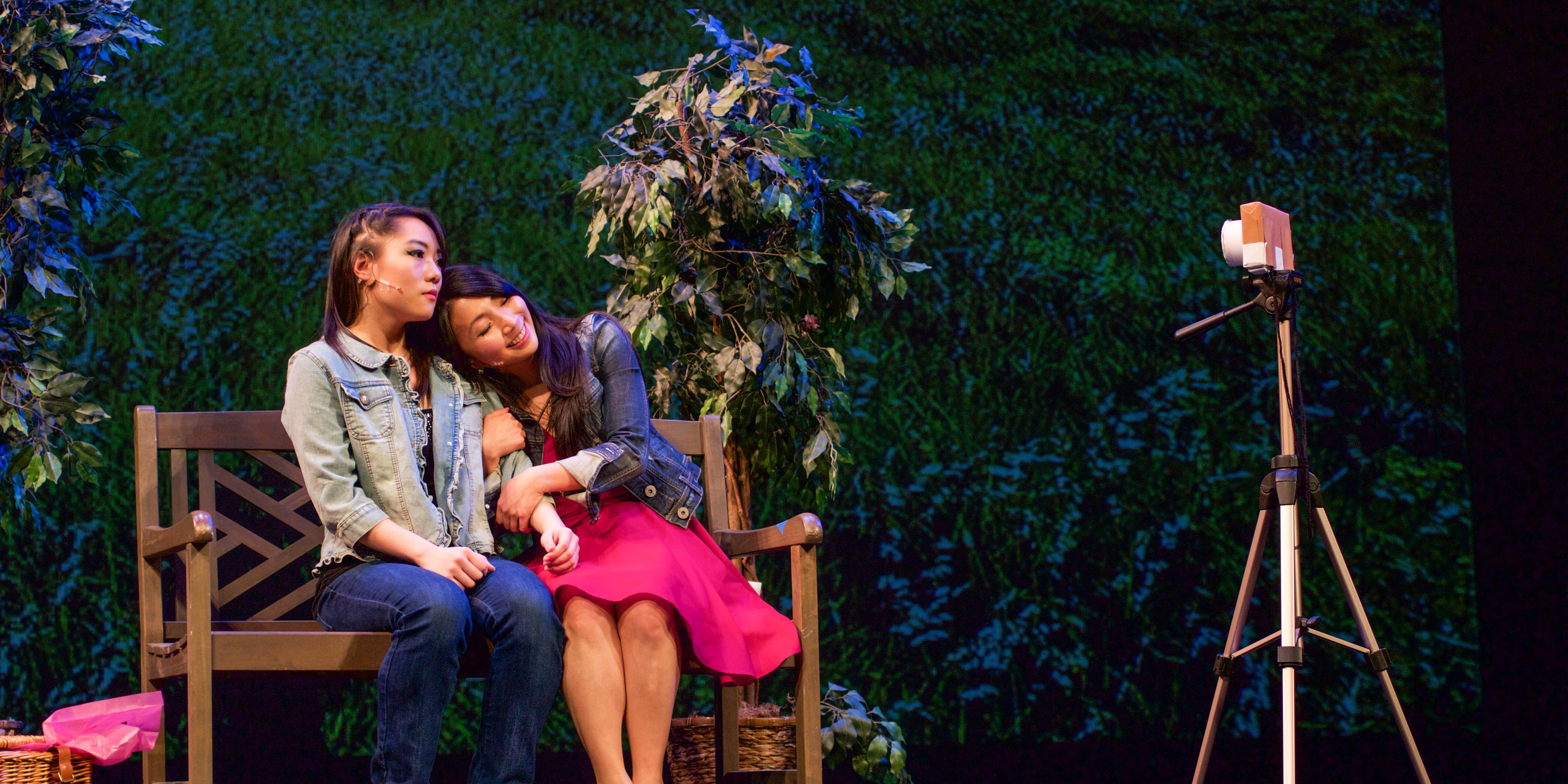 On April 2, the audience at the 2016 Taiwanese Culture Night (TCN) “摯親愛的,” or “Dear My Love,” laughed, cried, and applauded the touching performance that focused on the struggles the LGBTQ community faces in Taiwan.

UCLA’s TCN, created in 1999, is an annual student-run production. Directed, produced, and performed entirely by UCLA students, the culture night serves to highlight issues and anecdotes of members of the Taiwanese and Taiwanese-American communities through the performing arts.

In Taiwan, discrimination based on sexual orientation at work is illegal, and school textbooks include topics on LGBT human rights and non-discrimination.

While same-sex marriage is not legally recognized in Taiwan, many Taiwanese cities allow same-sex couples to list their partners in civil documents for reference purposes.

However, there is still social stigma against being LGBTQ in Taiwan. An article in Taiwan Today offers two main reasons for this opposition: 1) there is a perception that same-sex couples are unable to reproduce, which would go against the Confucian value of propagating the next generation, and 2) people tend to falsely associate HIV and AIDS with homosexuality.

For instance, many participants of the Taiwan Pride would choose to wear masks or hats to hide their identity because they feared that television and newspaper coverage would reveal them to their families.

In an effort to the stand in solidarity with the LGBTQ community, the culture night organizers choose to address difficulties the LGBTQ community faces in Taiwan through the use of video, on-stage acting, and a cappella performances that together send the message that love should have no boundaries or limitations. 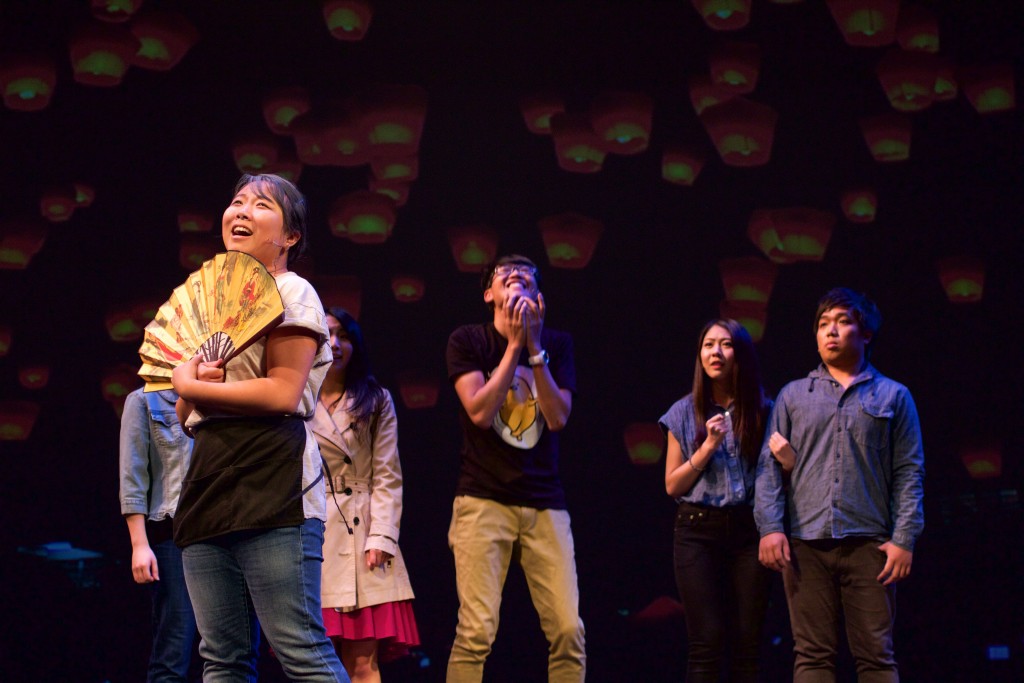 Charles Teng, one of the TCN directors, told Pacific Ties, “Most families in Taiwan are traditional and conservative. [Parents] might have heard the issues floating around the world and have a decent understanding of gay and lesbians, but still have a hard time to deal with it if the case were their own kids.”

The play first introduced Audrey, a girl who always tried to meet her family’s expectations before her own, and her family, which consisted of her conservative politician father Mr. Dai, her mother Susan, who knew but hid the fact that her husband had an affair, and her mentally disabled brother Andy, towards whom Mr. Dai treated coldly.

When Audrey returned to America for college, she met Ellen, the daughter of a doting gang leader.

Ellen fell in love with Audrey and confessed her feelings. Audrey at first shied away, fearing the judgment of her conservative family and other people, but Ellen convinced Audrey to be who she was and to embrace their love.

They later met Nemo and Dory, reporters who were given the task of digging up dirt on Audrey because Mr. Dai was running for mayor of Taipei. Instead, Audrey, Ellen, Dory and Nemo became friends.

Nemo and Dory decided not to report the news about Audrey and Ellen’s relationship despite the risk of losing their job because they did not want to betray their friends.

While Nemo and Dory did not spill, the news of Audrey identifying as lesbian was still leaked by the woman Mr. Dai had an affair with.

Because being LGBTQ is seen as taboo in Taiwan, Mr. Dai became furious with Audrey and demanded that she break up with Ellen.

In response, Audrey left the house and never came back. When Audrey later decided to return home to discuss with her parents about her relationship again, she got into an unexpected car accident.

Audrey’s death was a sudden turn of events, but it served as a reminder to the audience of how fragile and sometimes ephemeral life can be and that we should seize each day without any regrets.

Meanwhile, Mr. Dai entered an alternate dream reality and met Audrey. There, he confessed and apologized to Audrey for not being a more supportive father even though it was too late. Later in the dream, Mr. Dai attended Audrey and Ellen’s wedding, which showed the audience how happy Audrey and Ellen would have been if they were still together. 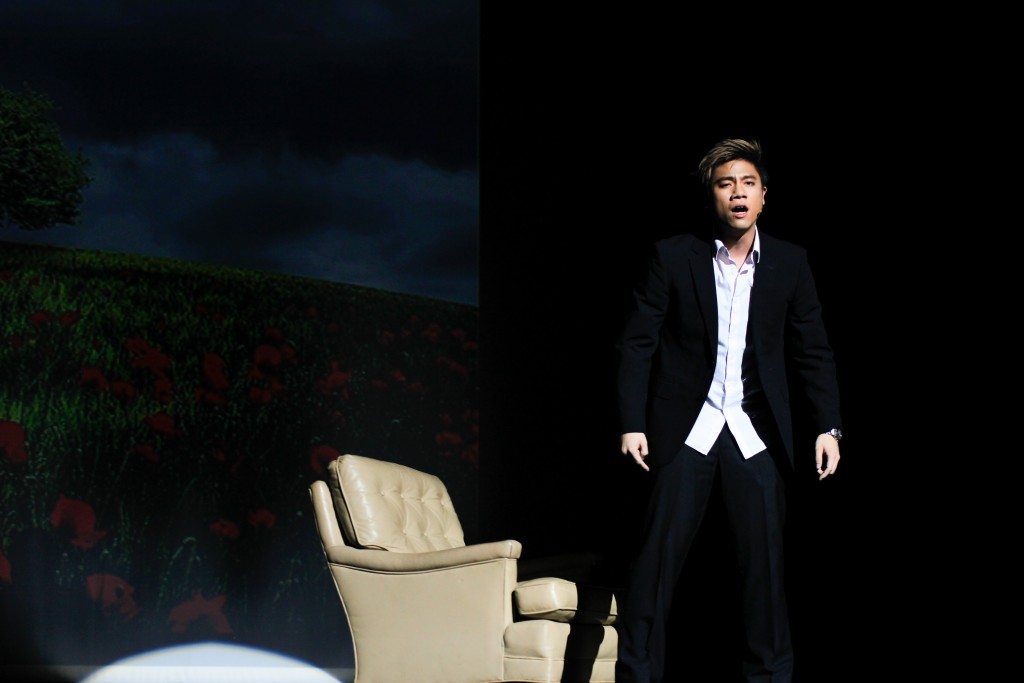 If the tragedy of Audrey’s life and death encourages people who are queer to be brave and come out to their loved ones, then Mr. Dai’s late realization sends a message to conservative families to be more accepting.

In the last scene, which fast forwarded to five years after Audrey’s death, Audrey’s family and Ellen, who became a successful photographer, met again. They reconciled their differences in front of a picture of Audrey and read a message of love from Audrey.

Overall, TCN was a moving performance that delivered a powerful message about love and sexual identity — that there should be more progressive change within the Taiwanese communities regarding their views and treatment of the LGBTQ community.

Director Teng believes that we can help the LGBTQ community by actively dispelling the misconceptions and prejudice against the LGBTQ community. “[LGBTQ folks] are not sick, neither different, they were born this way. They should be respected and appreciated,” said Teng.