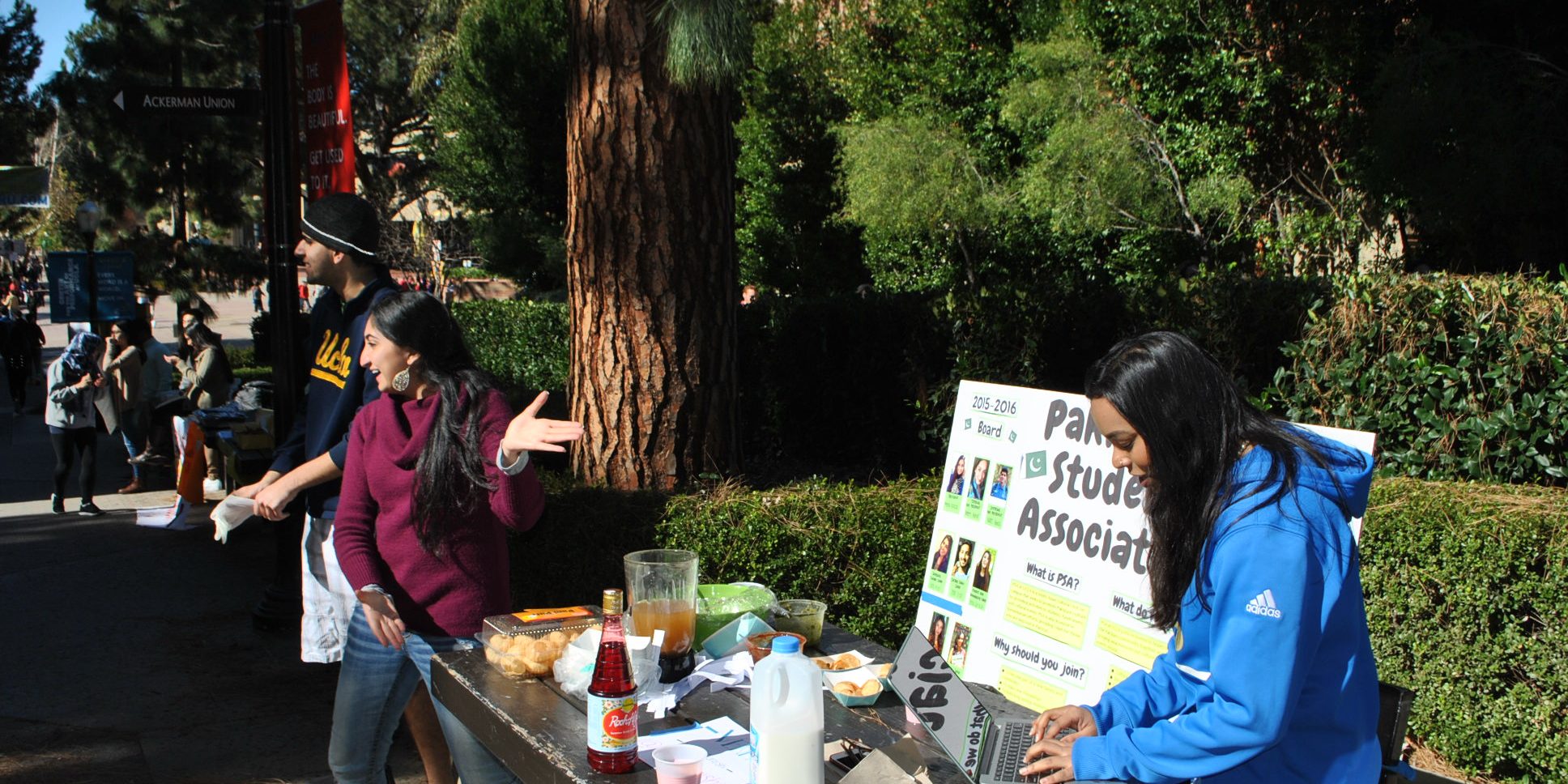 PSA executive board members sold Pani Puri and Rooh Afza and educated their customers on their Pakistani heritage.

Pani puri is a fried, hollow crisp filled with chickpeas, chutney, spices and potatoes. Rooh afza is a popular summer drink made with milk and Rooh afza syrup, which is concocted from herbs, fruits, and Rose petal extract.

“There’s so much rich history and culture that many people are unaware of, both South Asian and non-South Asian. Often, ‘South Asian’ becomes very Indian-centric, wiping away the narratives of so many other South Asian sub-cultures. I really hope to see this week culminate with everyone learning something new, and for all the different South Asian organizations to stand as one, cohesive unit,” said Merva Razzak, president of the Pakistani Student Association.

Also in attendance was the Bengali Student Association, who sold potato samosas, and Indus, who were tattooing temporary body henna.

“I personally know individuals that belong to PSA. They’re leaders on campus as well as thoughtful and caring individuals. I went to their table not just to support them but to eat their food as well. I find that weeks such as these allow me to have a better understanding of the world. Not just through the aesthetics of taste, but also a chance to learn about the many cultures that are represented at UCLA,” Dutton said.

“By learning the history and set of values that each community holds, we as individuals can be challenged to not just change our daily outlook on the many subjects life has to offer, but to take a moment and possibly reflect on the values taught to us by our experiences and family upbringing,” Dutton continued.

“I think the stigma is very apparent because we have a lot of strict gender roles and perceptions of mental health. South Asian languages like Hindi, Urdu and Punjabi don’t even have a word for depression—in my knowledge—and that makes it really hard to talk about mental health in a constructive way,” said Zoya Chhabra, a panelist and president of Indus.

Panelists discussed how important it was for students to use their community and cultural background to allow themselves to feel empowered rather than wounded while dealing with mental health issues and navigating through their demanding life at UCLA.

“We bring this stigma from our families to college, where a high stress environment triggers more mental health issues that we don’t quite know how to handle. So it’s really important to come together as a community and heal and talk about this stigma,” said Chhabra.

Indian Student Union hosted a picnic at Sunset Recreation Center on Tuesday. Other plans to celebrate heritage week include a BPSHI Bone Marrow Drive on Wednesday, a Sikh Awareness day on Friday and later that night, a Movie Night hosted by PSA.

To wrap the week up, all the South Asian student organizations will be hosting a South Asian Heritage Week Banquet with performances from various South Asian dance groups, traditional dinner, and a fashion show.

Through events like South Asian Heritage Week, these student groups bring a great voice and display of diverse cultures to the campus community.