Spotted: The People Behind the Pilipinx American History Month Festival Friday, October 28, marked UCLA’s annual Pilipinx American History Month (PAHM) Festival.  The festival highlighted the different Pilipino organizations found on campus; celebrated the past and present; and featured traditional cuisine, demonstrations of dance and martial arts, and even trap music from a DJ.

Despite the amount of activities offered at the PAHM Festival, it became glaringly obvious that its true strength lied within its community.  While the event aimed to increase visibility for the clubs involved, organizers emphasized inclusion of everyone in the UCLA community, not just Pilipino students.  As a result, participants of the PAHM festival were able to explore Pilipino culture and history without inhibition, learning the national dance of the Philippines and Pilipino martial arts, while experiencing performances from groups such as Tinig Choral and Samahang Modern.  Without further ado, here are snippets from some of the people behind the PAHM festival. 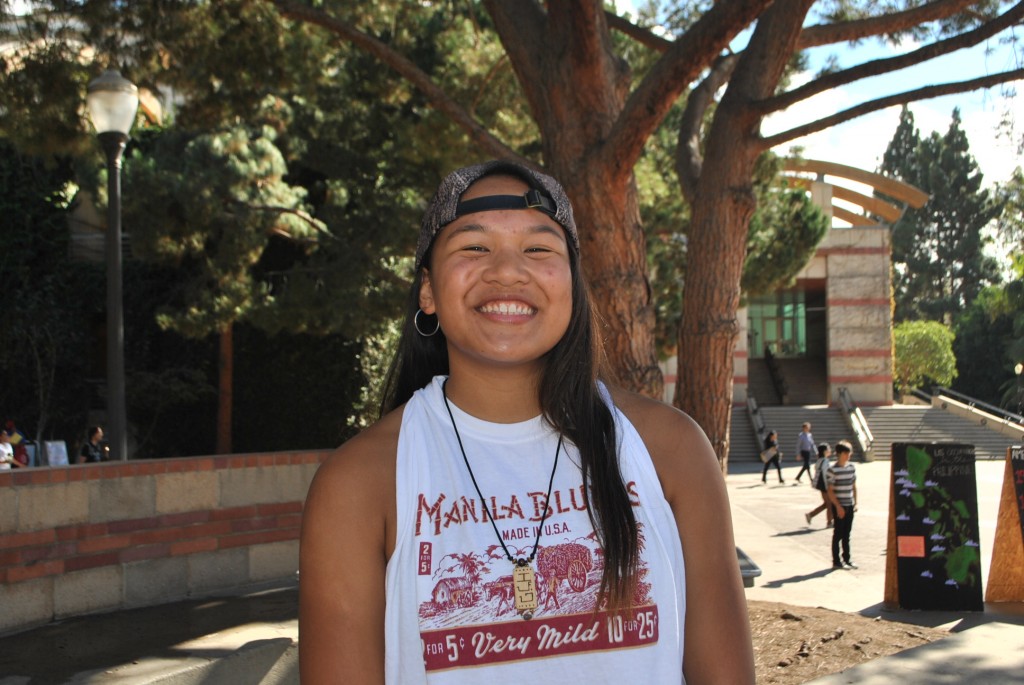 “This is the PAHM festival, which we have every fall quarter.  This one is special because we finally got it in Bruin Plaza.  We really wanted to get visibility for our culture so we had the food out here, the dances and performances, and the clubs out here.  The clubs are part of the Mabuhay Collective, which is the overall collective of Pilipino clubs at UCLA, so we had them table so that the Pilipino community at UCLA can see the resources we have for them, and for everyone else, just get an opportunity to learn about our culture and experiences.” 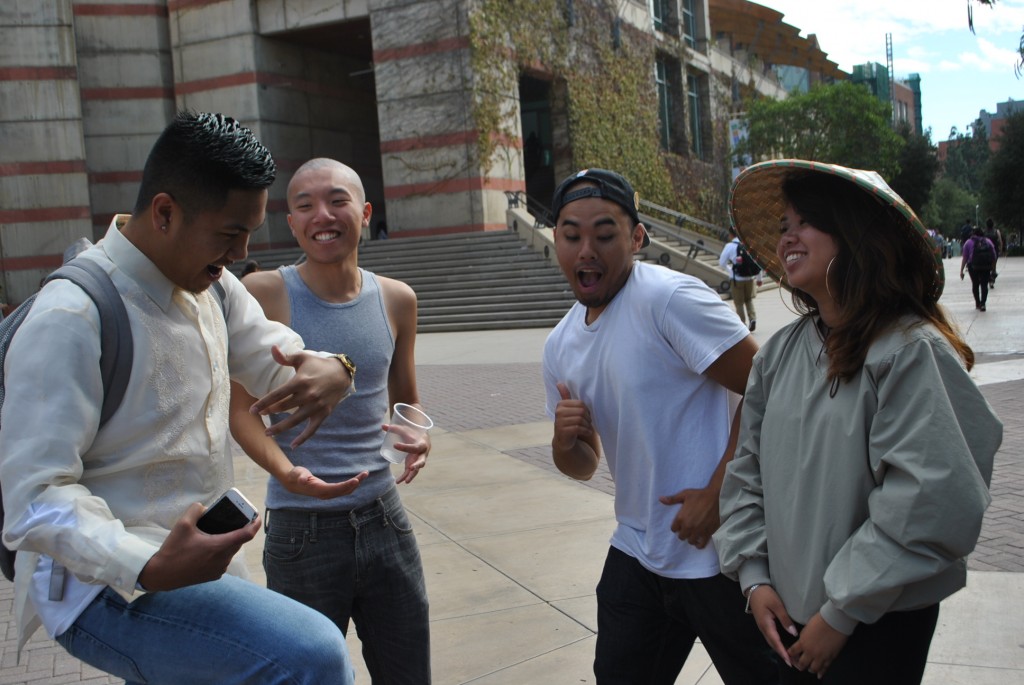 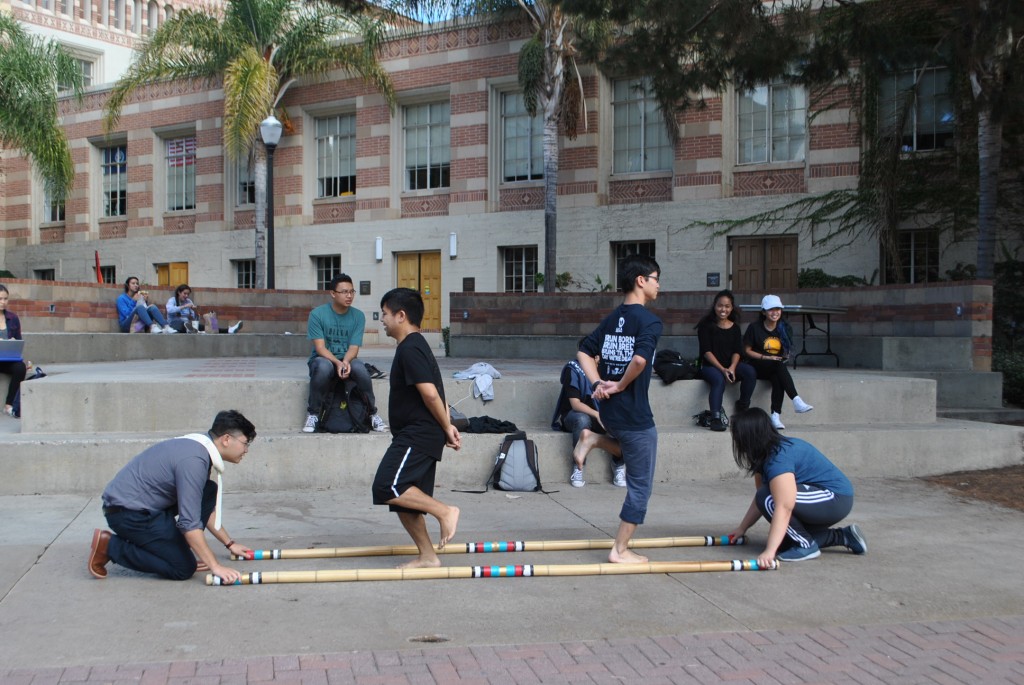 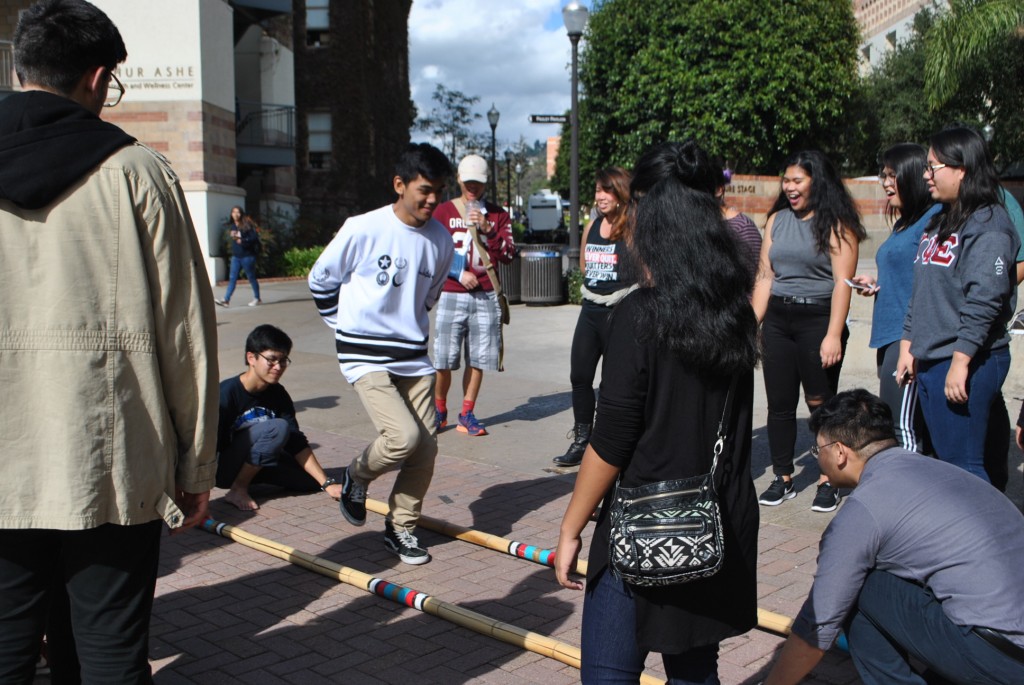 As the crowd grew bigger, more people joined in and learned to dance. 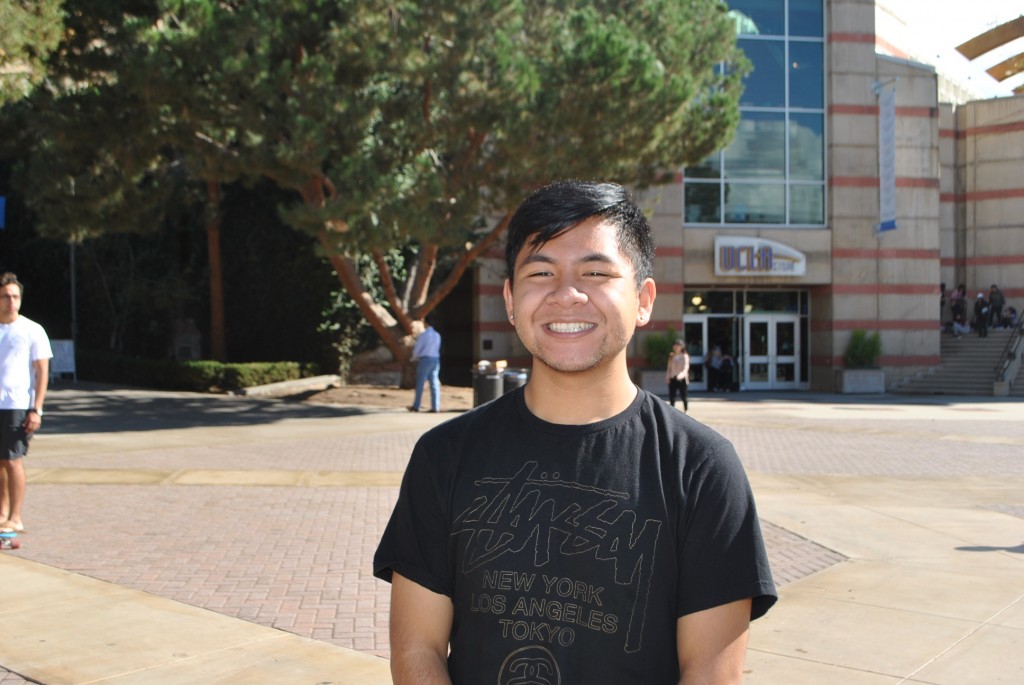 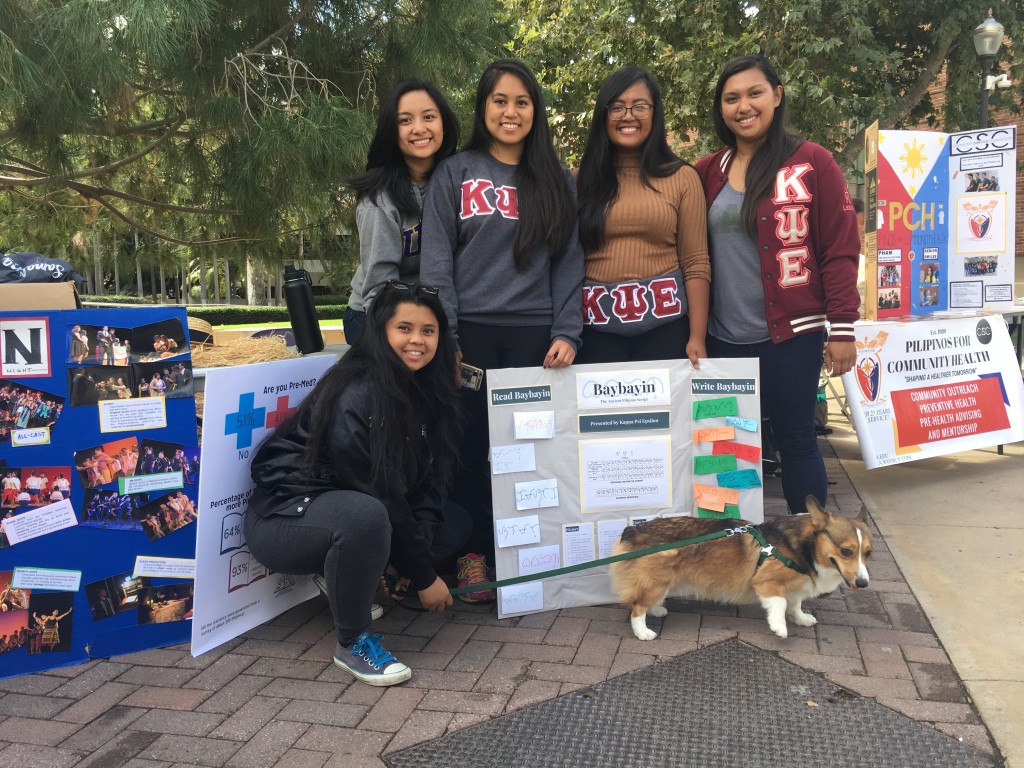 “So right now we are doing a Baybayin workshop, which is the ancient Pilipino writing system.  The Spaniards tried to completely eradicate it, but it still lives on, and it’s a part of the visibility we are bringing to it, and to the Pilipino community, as well.” 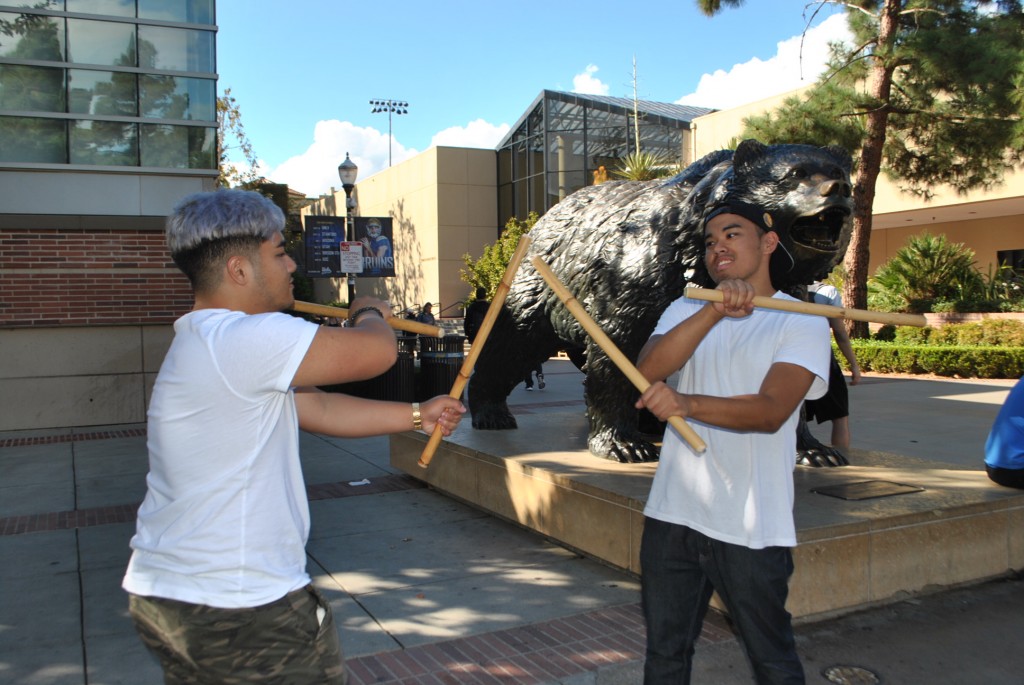 “Pilipino Transfer Student Partnership, or PTSP, is a club which helped me, a Bay Area transfer, to be more confident as a transfer. They are a welcoming group of people that helped ease the transition to becoming a UCLA student and helped foster my growth as not only a student, but as a Pilipino transfer. They actively advocated for transfer issues and provided the academic and social resources for transfers like me to feel accepted. Last year, PTSP accepted me with open arms and became that nourishing community that I didn’t expect for myself to find in UCLA.” 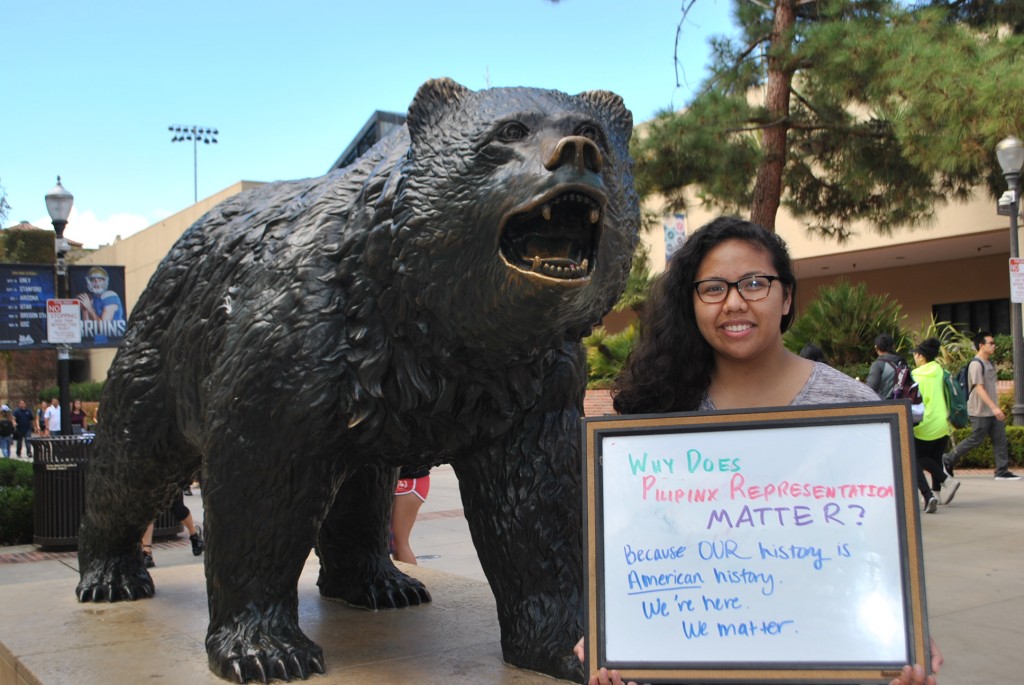 “For Samahang Pilipino’s upcoming events, this quarter we have the Justice for Filipino-American Veterans March, where we work with Pilipino organizations to march in protest for Pilipino veterans who fought in World War II but never got equal benefits and rights as other veterans.  We are also working on a Historic Filipinotown exposure trip to take students to Los Angeles and understand the historical and cultural context of Pilipino history in Los Angeles itself, as it houses the largest Pilipino mural in the U.S.”

Special thanks to Samahang Pilipino, Pilipino Transfer Student Partnership, and Kappa Psi Epsilon for their contributions, as well as Michael Estabillo and Jonathan Alcantara for their efforts in connecting the author to these contributors.