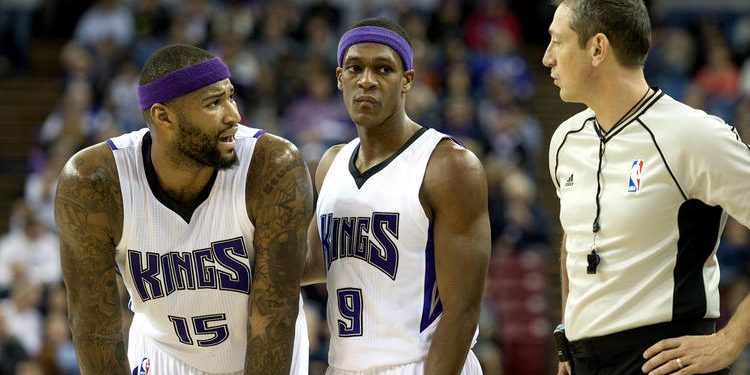 What happens when you raise concerns over celebrating the Year of the Monkey on the first day of Black History Month?

A lot of t-shirts being pulled, a debate about political correctness, and a feature on the Daily Show.

The Daily Show clip broadcasted on Thursday night was a response to the Sacramento Kings after pulling t-shirts depicting a monkey in honor of Lunar New Year.

The Sacramento Kings, who will be on the road this coming week, decided to continue their tradition of celebrating Lunar New Year on its home game against the Milwaukee Bucks on Feb 1st.  Last year, the team rang in the Year of the Goat, along with other NBA teams, in an attempt to celebrate diversity.

Kings player, DeMarcus Cousins, however, urged the team to remove the shirts, concerned over the racial insensitivity of having the monkey t-shirts fall on the first day of Black History Month.

In the clip, guest correspondent, Ronnie Chieng, poked fun at the move, stating “Look, I know Black History Month is really important to you guys, but we started naming years after animals like 5,000 years ago. It’s a set pattern, okay?  Every year is a different animal.”

Despite pulling the t-shirts, the Sacramento Kings still continued the celebration by having a ribbon dance and drumline perform during halftime:

So no harm, no foul right? Not necessarily.

On an ongoing Twitter feud between Marques Johnson and other users on Twitter, the ideas of political correctness and diversity was hashed out multiple times during this past week.  Johnson, a TV analyst for the Milwaukee Bucks, was present when Cousins was talking to the team officials, and tweeted previously:

Over the course of the day, however, Johnson continued launching a series of tweets about his stance on the debacle:

Year of the Monkey officially starts Feb 8, on my birthday. Now I’m really pissed. I need to dunk one last time…

I’m loving all this passionate dialogue regarding the Monkey shirts. Keep it flowing people. Express your feelings, it’s your right.#freedom

It prompted responses such as:

@olskool888 you got be kidding me. you can be offended what about supporting other cultures, why just only yours who says you own feb

@olskool888 Please educate yourself about the lunar calendar. An entire Asian continent uses it.

@olskool888 seriously? Stop bringing it up, get over it. It’s not about you or racism. HAPPY NEW YEAR EVERYONE! 🙂

It is true that we must be sensitive to the issues other cultures face, but let’s not forget that diversity should be inclusive, not exclusive.

Although it is unfortunate that the Year of the Monkey happened to be celebrated on the first night of Black History Month, the holiday celebrates attributes associated with an animal according to the Chinese Zodiac.

It is a storied tradition to a holiday rooted in history that billions of people celebrate.

Black History Month will run through the end of February while the Lunar New Year begins on Monday, Feb. 8, and continues until Feb. 15.