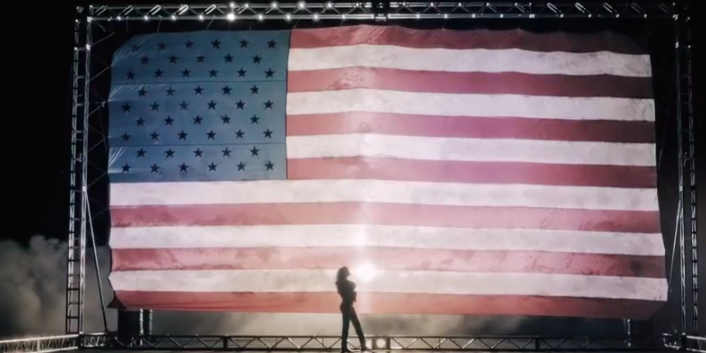 Like many people who come to the United States, Rihanna came to America to reach her goals and aspirations. In her music video accompanying the song, she features clips of the accomplishments the American people have achieved, as well as the struggles they have gone through. The music video presents clips such as the assassination of Martin Luther King Jr., man venturing off into space and protests for Ferguson. She incorporates the negative side of the American struggle as well as the achievements of the American people. Yet, her underlying message in the song leaves a sense of patriotism in the United States.

Rihanna isn’t the first artist to venture into the concept of the “American Dream.” Artists such as Johnny Cash, Kanye West, and Jay-Z have also produced songs that represent the opportunity present in the United States. This opportunity consists of the reassurance that people could start over and make a better life in America. This concept isn’t new at all. Historically, people have been coming to the United States for a different way of life. Rihanna isn’t releasing a new song and music video to create new conceptions about America, but to reiterate that America is the haven for opportunities.

Is it correct to look at the United States in this light? As the benefactor of opportunities? Do we tend to overlook that the United States has actually limited people’s rights and made it even harder for immigrants to make a life here? The years of oppression and struggle are shown through “American Oxygen” but are masked by the success stories of a few. Rather than simply being moved by nationality in a 3-5 minute song, we as people should also see how our country could serve us to actually make these “opportunities” attainable.