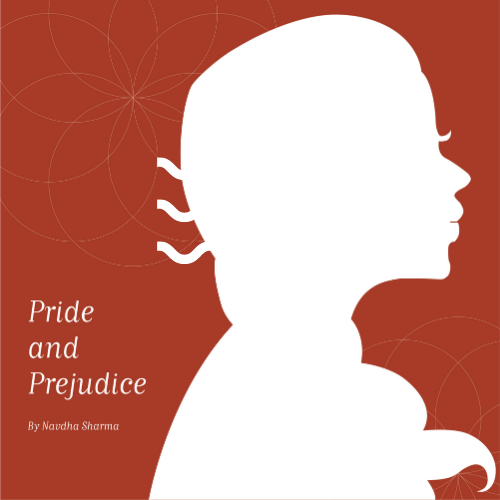 It was a cloudy day and there was a hint of rain in the air. But a ray of sunlight piercing the clouds made me hopeful that my first trip to Disneyland would not be ruined. And before you ask, no, I wasn’t five! I was seventeen, and it was my first time in the United States. Throughout my elementary school life, I had heard stories about my classmates’ trips to this magical place, but I had never gotten to experience the same until that day…

Seeing the sparkling lights, the twisting roads, the shops, and the decor, I understood the true meaning of the Disney vibe. But it was the wild screams of the people on rides that truly caught my attention. I took the map available at the entrance in my hand, and started guiding my family. As the day progressed, we had visited almost the entire park. Our feet aching from the 5-hour long walk we weren’t used to, we decided to go on just one more ride. Who knew it would be that one last ride that would ruin my trip and send my mind spiraling down the abyss of introspection?

The ride required two people to sit in a car and drive around a crazy, winding track. Me and my mother decided to sit together. As our car approached, I started squealing with excitement. My mother nudged my waist with her elbow. She read my questioning look and whispered, “Stop it!” I didn’t quite understand her until I looked around. There were several people giving me looks and a lady even rolled her eyes. I shut them out as at the time I didn’t quite understand the reason for those stares.

Our car had finally come and I saw a lady and her child coming out of the car. Full to the brim with energy and excitement, the two of us made a quick move toward the car. My mother accidentally blocked the lady’s child. Realizing her mistake, she moved aside and smiled at the kid. But the lady seemed to think that we did not have the courtesy to wait for her to leave. She snapped, “Can’t you wait for a second! Geez! Asians!” I thought that my mother would reply to her, but she didn’t. She just walked past her, sat in the ride, and indicated for me to do the same. I was shocked! My mother never tolerates it when somebody disrespects her. So, what had happened that day?

Throughout the approximately 10-minute ride, there was silence. I didn’t speak a word and neither did my mother. But we both had very different reasons for remaining silent. While I was confused and still processing the disturbing events, my mother was thoroughly enjoying the ride. Questions clouded my mind. Why did those people give me looks? Did I do something wrong? Why did the lady snap? Couldn’t she have avoided saying ‘Asians’? Why did my mother not respond? Was she used to this because she had previously lived in the US?

Wait… it suddenly struck me – was it because of our race? Growing up in India, I was never exposed to heavy terms like ‘racism’. I was just taught the dictionary meaning of the term, but I wasn’t told that despite being in the 21st century, racism still existed and people were still subjected to it. It was at this moment that something my parents had told me on the flight made sense. I still remember it word for word. They had said, “Sometimes, just sometimes, people may treat you unkindly based upon the way you look. Never take it to heart and just ignore it.” This was the principle that had formed the foundation of all their morals and values when they were living in the US in the early 2000s.

While things have undoubtedly changed since then, this personal experience is testimony to the fact that they haven’t changed enough. It has not only taught me to be more aware of how people look at me and form views based on preconceived notions about my race, but also that if such notions hurt me emotionally or mentally, I should raise my voice and not remain a silent spectator. This event opened my eyes to racism in today’s world, and after revisiting that day several times in my mind, I have realized that while it was prejudice against Asians that had instigated the lady to talk to my mother like that, it was my mother’s pride in being an Asian that had made her not say anything to that lady.