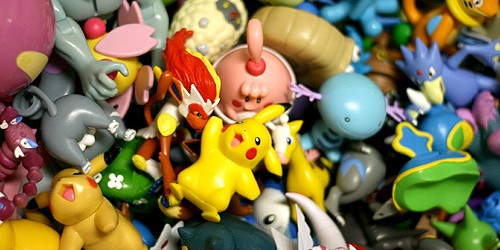 Pokémon fans will gather around their TVs on Super Bowl Sunday to witness Nintendo’s multi-million-dollar move to capture the American market.

Pokémon will air a Super Bowl ad, inspiring us all to “train on,” to celebrate its 20th anniversary on February 7.

“This ad explores the infectious nature of accomplishment, inspiring each other to become the very best,” J.C. Smith, senior director of consumer marketing at the Pokémon Company International, said in a statement, according to USA Today. “All of the hidden Pokémon references we’ve included in the ad are a salute to the past, present, and future Pokémon fans everywhere. Train On.”

People can purchase a special edition Nintendo 3DS bundle on February 27, which is the exact date 20 years ago that Pokémon launched its first set of video games.

The bundle features Charizard and Blastoise in two changeable cover plates to represent the games Pokémon Red and Blue, respectively, according to The Verge and Game Stop.

Cinema Blend reports that Nintendo will also have a special Pokémon trading card game expansion pack and release remastered versions of the first three films, which include Pokémon: The Movie, Pokémon 2000, and Pokémon 3: The Movie.

Look at all them megas! ? Pikachu is still my favorite out of all 721 Pokemon. Am probably never gonna grow up. ?? #pokemon20