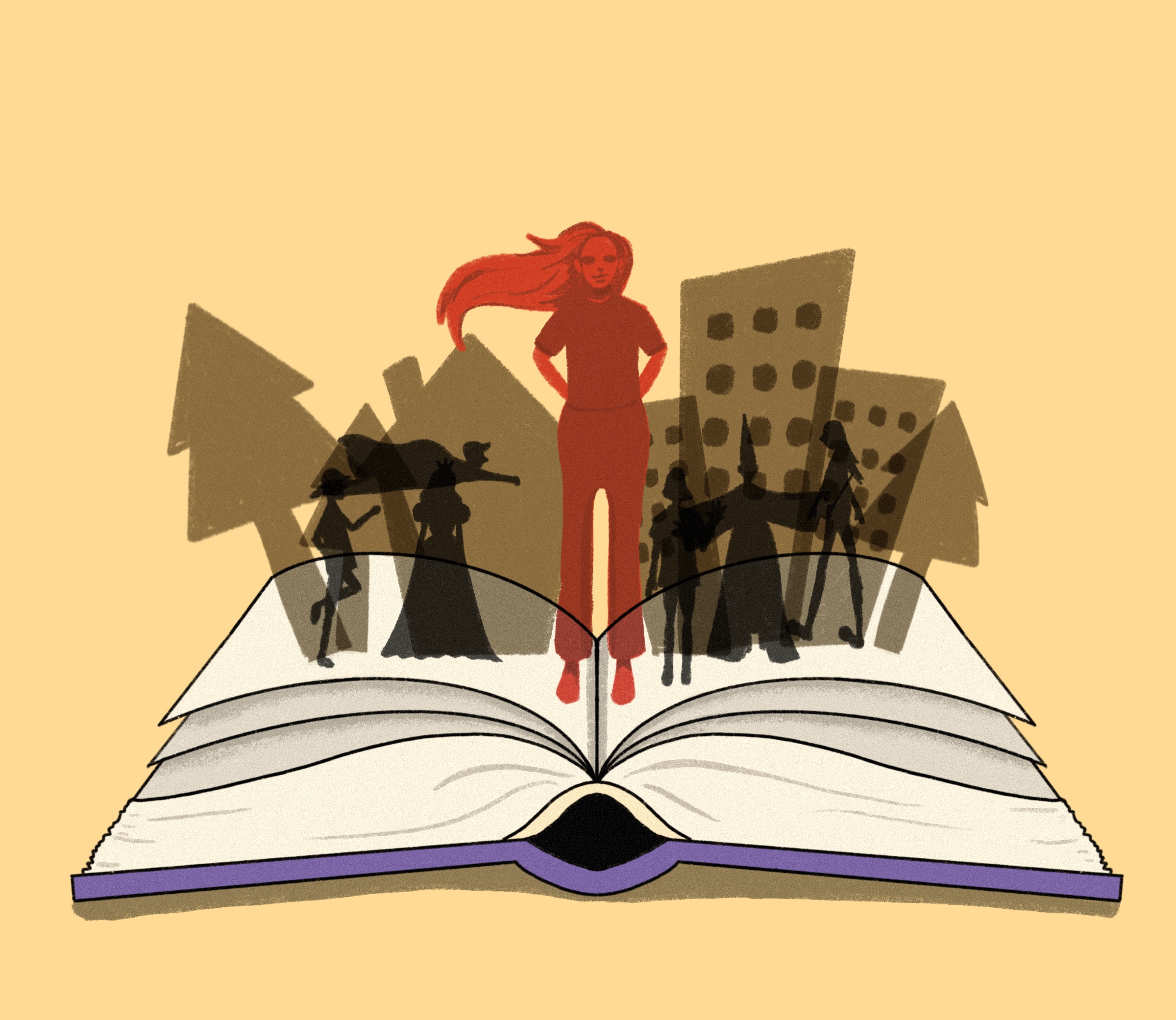 I flip through the book, page after page. The coarse, off-white paper lightly scratches the pads of my fingertips. The earthy smell of the ink wafts up to my nose. As my eyes scan the words, I imagine the scene folding out in front of me.

There’s something exhilarating about making my way through a book. It is a chance to be a part of a world unlike my own. I get to fly on a broom with wizards, take down corrupt governments in dystopian worlds, solve the murder of a wealthy heiress who has a very suspicious, much younger husband. All in all, the stories told in books make me feel like anything is possible. Well, almost anything, because the characters who are like me, the characters who society tells me I have to play, the characters who always have the stereotypical description of “almond-eyes,” are hardly present.

The lack of Asian representation in western literature is nothing new. Typically, Asian characters are given miniscule roles in predominantly white protagonists’ stories. One case that comes to mind from the popular literature of my childhood is Cho Chang in the Harry Potter series, an Asian character who was ultimately replaced by the white female as a love interest. Additionally, books filled with casual racism further ignorant stereotypes about Asians, such as being shy and introverted or good at math, that become harmful to young children.

For example, when I was younger, I loved the picture book Yoko by Rosemary Wells. It tells the story of a small cat who wanted to bring her mother’s special lunch, sushi, to school. However, at lunch time, she was made fun of for something that the other animal children did not know about. Although it is a story about how we need to learn to embrace other cultures and does tackle the issue of racism, it is filled with unintentional racial stereotypes. The mother was always sporting a kimono and referring to Yoko as her “cherry blossom.” These, along with the name “Yoko,” are of Japanese origin, but the author herself is white. Although Wells had good intentions, ultimately this was not her story to tell. It is possible that if Wells was from an Asian background, the book might not have gained the widespread acclaim that it did. This could all be attributed to publishing. In publishing, the focus is on getting authors’ works made and promoted towards retailers. The more support publishing provides towards the work, the more likely it will be for the author to receive recognition and for the book to receive widespread acclaim amongst critics and the general public. However, Asian authors themselves have been complaining about a lack of diversity in publishing for years.

According to a 2018 New York Times article by Richard Jean So and Gus Wezerek, a shocking statistic shows that only 11% of books published in 2018 were written by people of color, conveying the lack of APIDA authors. This unfortunately could lead to inaccurate representations of Asian people and influences in literature, as many Asian authors cannot personally relate their own experiences. Because of these recurring poor representations, younger APIDA populations have grown up internalizing these tropes, expecting them to be the norm.

However, with the rise in popularity of book-to-film adaptations such as Crazy Rich Asians and To All the Boys I Loved Before (both of which were written by POC authors), there is hope that the publishing world will recognize that their audience wants these diverse stories to be told. For example the success of Crazy Rich Asians led to the sale of over 1.5 million additional copies of the first novel and increased recognition of the series as a whole.

Many people today do not realize the importance that books hold. The rise of technology and media sites has led to a decline in reading books as a leisure activity, resulting in APIDA authors struggling to gain more visibility. While I find books to be a means to escape reality, they also serve as sources of education for others. Stories allow us to analyze issues from different perspectives, breaking down walls of ignorance that have been standing for years. From these books, we recognize our differences, but also find new ways to connect with one another. So as I slowly close one book, I reach among the shelves for a new story to open.