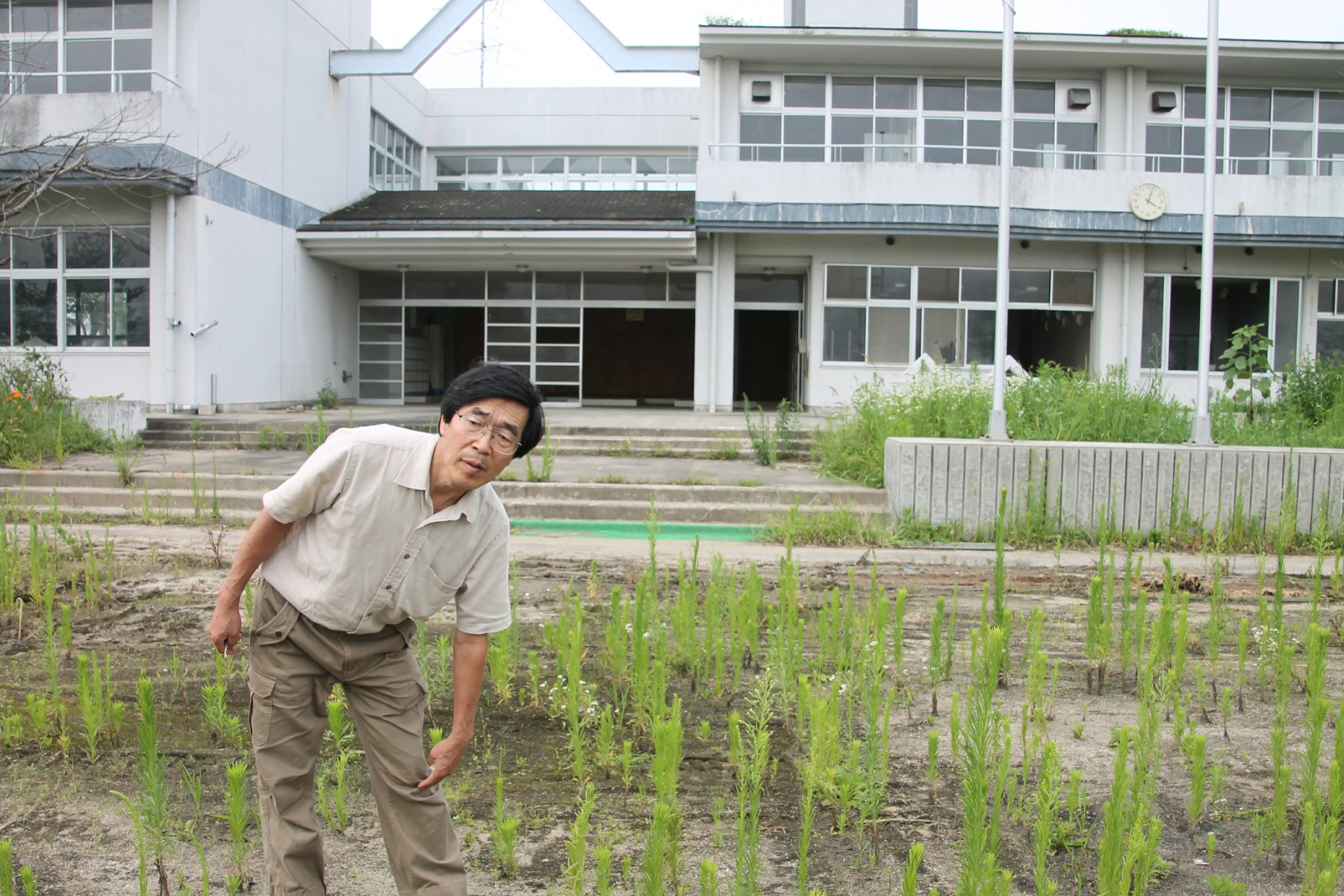 It has been 10 years since a magnitude 9.0 earthquake off the northern coast of Japan triggered a tsunami that washed away towns and fertile farmland and caused a catastrophic nuclear meltdown. Recovery efforts are still ongoing.

The Great East Japan Earthquake struck at 2:46 p.m. off the coast of the city of Sendai in Miyagi Prefecture. The shaking lasted three minutes. It was the most powerful earthquake Japan has ever experienced, with aftershocks continuing even today. The ensuing tsunami reached 40 meters (132 feet), as high as a twelve-story building. The waves then damaged a Fukushima Daiichi nuclear power plant, disabling its cooling system and creating a nuclear disaster.

“The earthquake, tsunami and the nuclear incident have been the biggest crisis Japan has encountered in the 65 years since the end of World War II,” said former Japanese Prime Minister Naoto Kan. The tragedy took almost 20,000 lives and forced an estimated 500,000 people to relocate. According to Japan’s Reconstruction Agency, 750,000 buildings were damaged and nearly 122,000 buildings were completely destroyed.

Through a fundraiser called Walk the Farm, my family and I had the opportunity to visit and talk to some farmers in Sendai who had been affected by the earthquake and tsunami.

One of these farmers, Farmer Tsuneo, took us to the community evacuation center which once was a middle school. It was so eerie to see the words “March 11th” and “Graduation Day” still written on the chalkboard, and the water marks so high up on the ceiling of the now-abandoned school.

Tsuneo told us his story from that day. He tried to carry his elderly neighbor on his back to the evacuation center, and they were almost there when the tsunami suddenly overtook them. The neighbor forced Farmer Tsuneo to leave him on the street and ordered him to save himself as the water surged past their knees. Farmer Tsuneo couldn’t bear to look as his neighbor was swept away by the raging waters. His neighbor was found drowned three days later. Farmer Tsuneo still lives with regret over not being able to save him.

We drove by public housing for displaced residents, which were a mix of rectangular portables and newly-built apartments. Sadly, I learned that depression, (“kokoro no byoki” in Japanese) and domestic violence continue to be a cruel reality for residents after so much loss and trauma. Farmer Tsuneo told us that the public housing units were all full with many elderly and those still unable to find work.

Farmer Tsuneo was sad to say that he had retired from farming as a career. However, he still grows fruits and vegetables in his backyard. Like many fellow aging Japanese farmers, it is too difficult for him to farm now that he is older. Instead, he and his wife spend their time hosting community and church events in their home. They arrange activities such as informative talks, sewing projects, exercise classes, day trips, and picnics to lessen post-traumatic stress and anxiety for earthquake and tsunami survivors. They also organize and deliver donated food to temporary housing residents, including freshly harvested fruits and vegetables from his field.

Farmer Tsuneo told us, “You have encouraged us and given us tremendous joy. It is so emotional to know that we are not forgotten. It has inspired us to make it our mission to lift the spirits and to create and deepen kizuna within our community.”

“Kizuna” means “bonds and connections.” One month after the devastation in 2011, Kan spoke of “kizuna” as the “bonds of friendship.” He described how over 130 nations and 40 international organizations swiftly came to Japan’s aid. Throughout my visit, the farmers kept mentioning “kizuna” and stressed, with appreciation, the importance of these local and international relationships in their recovery process. Every cloud has a silver lining, and for the farmers, that silver lining has been “kizuna.” To me, “kizuna” is like that quote from Lilo and Stitch: “Ohana means family. Family means no one gets left behind or forgotten.” By showing the farmers that we have not forgotten about them, we fill their hearts with hope and optimism.

My family and I left Farmer Tsuneo’s home and drove to a nearby farm. After proudly showing me her smaller but flourishing restored plot of land, Farmer Kayoko firmly grasped my hands with her own worn and weathered ones. With her stooped shoulders, slight frame and grandmotherly glasses, I was surprised by the strength of her grip. I was then taken aback when she bowed so low and deeply towards me, a mere teenager.

With raw emotion, she wiped away her tears and said, “Even though I lost all my material possessions when my home was swept away by the tsunami waves, and even though so many things changed in my life, because of what happened to us and how the world responded, we have been able to make bonds with people that we never before imagined, and that makes me happy. Please tell everyone thank you for helping my family rebuild our home and farm. We are so grateful for everyone’s support and for all the blessings that kizuna has brought.”

They say a picture is worth a thousand words. Farmer Sachio and Farmer Keiko, who are husband and wife, showed us pictures of their destroyed home and shared with us their horrific ordeal on March 11th. Just as they began to describe it, Farmer Keiko began to cry, overcome with her memories from that day.

Farmer Sachio was away from the farm when the frightening earthquake and intense aftershocks hit and when the violent tsunami surged through their community. Luckily, Farmer Keiko was able to run up to the second floor before the water inundated their first floor. However, the four new tractors they had just bought were swept away. One even turned on its side and slammed against the front door, trapping Farmer Keiko inside overnight all by herself. The next day, her frantic husband was able to reach her by making his way through the debris and thick mud which covered the property. He climbed on top of an overturned tractor and entered his home by smashing a window. Farmer Sachio pointed out that tractor in his photo.

After the tsunami, Farmer Sachio and Farmer Keiko painstakingly removed contaminated dirt from their field and replaced it with soil from a nearby mountain. Farmer Sachio amazingly built a greenhouse by himself and has resumed farming, but only one third of the field they had before the tsunami because of cost and labor concerns. Due to water damage to their home, they now work out of a light blue portable building, and they have fixed up their storage shed with translucent siding. You can still see the effects of the tsunami on their property, but they do the best they can and grow what they can.

I am inspired by these farmers’ strength, ingenuity and never-give-up attitude. There is a different disaster in the news every day. When there is so much media constantly streaming in, it becomes easy to forget about what happened in the past. However, the people affected by disasters are often still struggling and in need of assistance for recovery.

Although the Japanese farmers have found a way to continue farming after the tsunami, they still need help amending their soil and producing crops. By remembering how small our world really is and how connected our bonds, or “kizuna,” are to each other, we can give them the help they need and ensure that they know they are not forgotten.