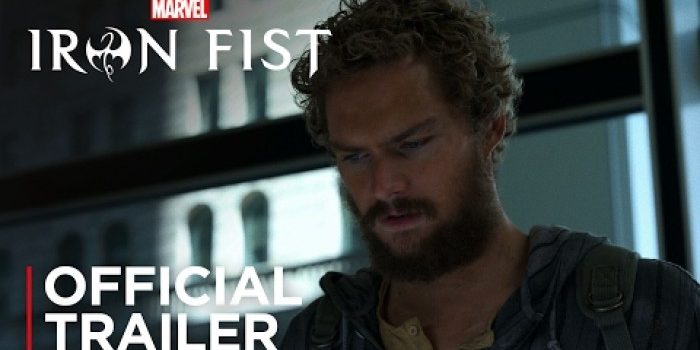 Netflix released a trailer and a sneak peek for its upcoming “Iron Fist” series last week, sending Marvel fans into a frenzy. While the trailer introduced viewers to the show’s plot and characters, the sneak peek focused on Colleen Wing.

Wing, played by Jessica Henwick, is a gifted martial artist who appears to work with Danny Rand, played by Finn Jones.

Of the three notable Asian characters in the show, Wing is the only one so far who seems to not be evil. Lewis Tan’s Zhou Cheng and Wai Ching Ho’s Gao seem to be villains. In a show that uses Asian cultures as its starting point, this is especially frustrating. Marvel has not only ignored calls for Danny Rand to be Asian American but also purposefully placed Asian actors in villainous roles – in November, Tan revealed that he “almost” played the main hero, but was instead made into one of the bad guys.

“Iron Fist” perpetuates a narrative that Asian peoples do not own our own cultures; rather, our cultures are backdrops to make white characters more interesting, relatable, or “exotic.” This narrative is not only Orientalist but also racist and harmful, even if it seems harmless.

Journalist Hoai-Tran Bui explained the harm in an article for USA Today last year: “Insert a white male protagonist in a foreign story to make his journey more relatable, while appropriating the more attractive parts of their culture … it’s also a way of taking away Asians’ place in pop culture, by emasculating them and replacing them with a whiter, more capable face.”

The suggestion that white people are more “capable” or “better” than people of color is a facet of white supremacy. In this way, one could argue that “Iron Fist” perpetuates racism.

At the same time, “Iron Fist” has given jobs to Asian actors – so how do we move forward? Should we boycott the series, as activists pushed for regarding “Dr. Strange”? Or do we support three Asian actors and try to ignore the harmful and Orientalist narrative that “Iron Fist” perpetuates?

One potential middle ground between boycotting the series and ignoring its negative impact is media literacy. Media literacy emphasizes thinking analytically about and evaluating the media that we consume. Through media literacy, we can also examine shows like “Iron Fist” with a critical lens that takes into account race, class, gender, ability, and other markers of marginalization.

But while we watch and think analytically about shows like “Iron Fist,” we still contribute to the coffers of people who refused to change the show’s Orientalist origin story. Does the economic impact of deciding to watch the show negate our critical thinking?

Even while we cheer on the three Asian actors in “Iron Fist,” we can look at the need for representation as a marker of racism: that even having three Asian actors is seen as an impressive feat and that there is a need to support these actors. Until Asian and Asian American representation is commonplace, this demand for support will continue. Until Asians and Asian Americans are seen as universally human, we will feel like we have to support one another.

This is not to say that all our decisions reinforce white supremacy. However, it is important to consider the limitations of consumer activism. Putting our money where our mouth is only goes so far.

Unfortunately, there is no definitive “right” or “wrong” answer to how to move forward with “Iron Fist.” Oppression is complex and multifaceted, and our responses to oppression might be, too. If anything, the way “Iron Fist” places Asians and Asian Americans between a rock and a hard place has demonstrated just how complex our responses can be.