Must We Ask to Learn Our History? 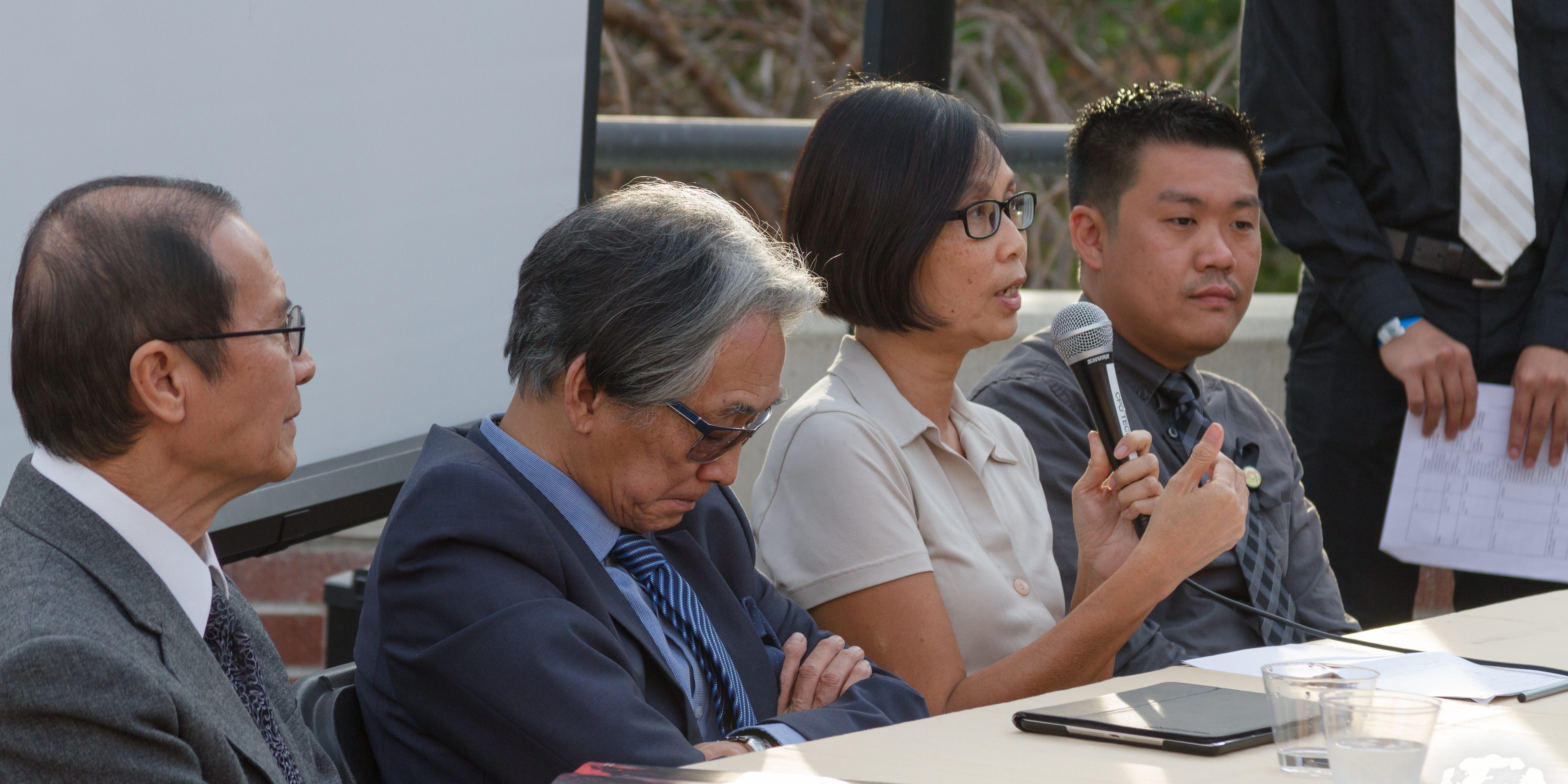 This year’s Black April Commemoration took place at Fowler Museum and featured four panelists: UCLA Vietnamese language lecturer Quyên Di (Chúc Bùi), UCLA professor of Asian Languages and Cultures and Asian American Studies Thu-hương Nguyễn-võ, former VSU and Union of Vietnamese Student Association’s president Phong Lý and economist Dr. Nghĩa Nguyễn. The panel was followed by voluntary student testimonials, in which one spoke out to me. “You know, war isn’t really dinnertime conversation. But what I realized was that, our families do have stories to tell us, if only we would ask or show interest in knowing,” VSU’s Social Affairs Coordinator Kati Nguyễn said. “They do want to tell us. Their narrative is also our narrative. It’s the reason we’re all here.”

It was VSU’s Black April Commemoration two years ago in 2013 that drew me to the same conclusion: we must ask to learn about our histories, we will not simply be told outright. I stayed up with my parents on a Google+ Hangout until 4AM the next day, and this simple idea of asking guided a conversation that formed the basis for my departmental honors thesis on my family’s history.

More specifically, I explore the contradictions between my family members interviews and listen to both the dissonances and resonances in my interviewee’s narratives. The information I interact with are not complete sets of historical facts as one could endeavor to find in a textbook, rather, they are non-logical, non-linear snapshots of history that whiz by. These snapshots are the clear, but ephemeral moments in time where history can be accessed. Because of the fragmentary nature of these flashpoints, it is impossible to supplement history books with this information. Rather, these flashpoints serve as and draw attention to various points of contradictions, and it is these very points that I critique. These flashpoints are where—as philosopher Walter Benjamin puts it—I can “brush history against the grain.”

We of the second generation of Vietnamese Americans and beyond must continue to critically explore our community’s complex histories and memories. In the process, we must be careful not to let these memories get co-opted by others. “We must mourn to remember our own trauma and history,” Professor Nguyễn-võ aptly writes, “A single version of history means a single version of ourselves condemned to retrace dead-ended paths of accomplished moments that would truly have passed, allowing others to consume our history for their own ends, as though we have all died.”

And as a popular Vietnamese song and poem goes, “Quê hương nếu ai không nhớ…sẽ không lớn nổi thành người.” Those who do not remember their homeland will not be able to grow up to be a person.