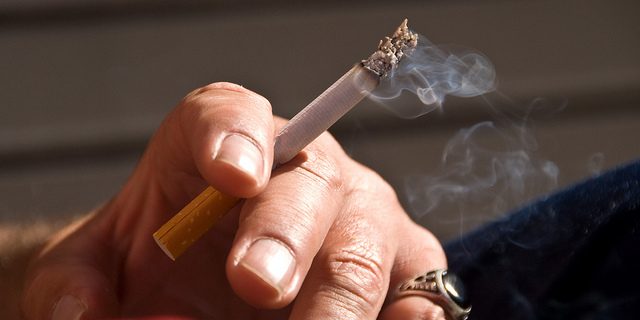 Lung cancer is the leading cause of death for Asian Americans and Pacific Islanders, according to a study conducted by the American Cancer Society.

Smoking prevalence varies among AAPI subgroups. Based on a 2016 CDC mortality report, 20 percent of Korean Americans surveyed smoked. Following were Vietnamese Americans at 16.3 percent, and, the lowest, Chinese Americans at 7.6 percent.

Similar results were shown in 2006 data collected by the National Latino and Asian American Study: About 1 in 3 Korean and Vietnamese Americans smoke.

The percentages indicate about less than a quarter of each subgroup is affected by smoking, but many behind-the-scenes activities suggest these numbers are much lower than reported.

Kevin Trieu, a program coordinator at Asian Health Coalition based in Chicago, expressed fear in a Medill News Service report, saying Asian Americans are not well represented in these cancer or smoking studies.

Most of the smoking rate surveys are in English, and many AAPIs, especially those of older generations, only speak their non-English native language, said Trieu. Easily, this leads to inaccurate data, which, although unintentional, does not take into account the smoking issues of certain generations.

“Many studies use phone surveys as a measuring tool, and they are only done in English and Spanish. They don’t desegregate that data — not [showing a different rate for] youths, not reflective of different communities. It’s very misleading,” said Ishihara.

Ishihara added, “Community members said that messages weren’t reaching them. We need resources that are [in their] language and culturally appropriate. If it’s not in [their] languages, people are not going to notice it.”

“[APPEAL] believe[s] that there are these core elements that are important in being able to get a community’s norms changed, to become tobacco-free. … That means raising awareness of the harms of tobacco but also building the expertise at a local community, to become better advocates,” said Rod Lew, executive director of APPEAL, in an interview. “We also believe that there needs to be investment into communities, to eventually engage … in tobacco policy change.”

Tobacco tax is one national policy that effectively curbs smoking rates and generates more funds to further investigate prevention methods, mentioned Lew. And, historically, increases in the prices of cigarettes have led to decreases in smoking rates, according to a study. Every 10 percent price increase was correlated with a 2.5 to 5 percent overall decrease in smoking.

But, the issue of smoking cannot be resolved with just one policy or community member. Each community or individual reacts differently to various methods; smoking prevention and quitting need to be relevant for each smoker.

“How we view race and ethnicity – because it’s really more than that. Just because we find race and ethnic differences doesn’t mean it’s due to that. It’s likely due to other factors,” said Elizabeth D`Amico, an adjunct professor at UCLA Fielding School of Public Health.

Similarly, on the California Watch, data on smoking disparities revealed that nearly all Vietnamese men surveyed said smoking would harm their health, but less than 80 percent of Koreans surveyed believed the statement. And, the longer an Asian immigrant stayed in America, the less likely they were to smoke.

“Each [community] has a different smoking rate … so it’s really important that each region has data to be able to prioritize how to address tobacco disparity. … [It] is important to be able to have a way of looking at how best to provide cessation and treatment for nicotine and cigarette addiction,” said Lew.

“The key is to really create [smoking cessation] programming that’s inclusive and that resonates, that’s developmentally appropriate. I think that’s a big key from times when people create programs [and] they don’t think about,” said D`Amico.

For more information on smoking and smoking prevention, check out these organizations: APICAT, APPEAL, CDC