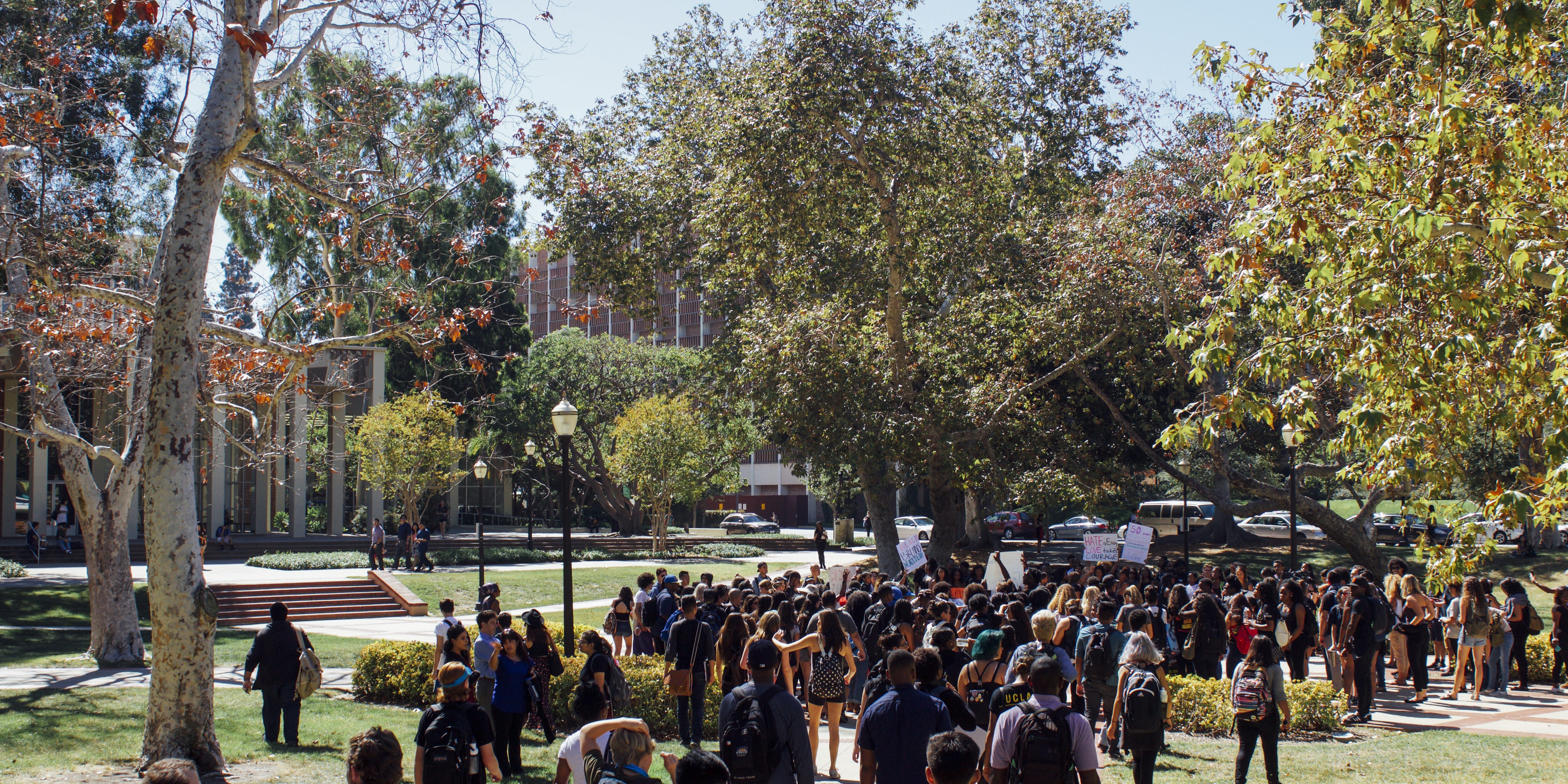 The Mother Organization Coalition released a statement of support Thursday night after Nommo Newsmagazine published Afrikan Student Union’s statement of 10 demands to hold the University of California, Los Angeles, administration accountable for a thorough investigation because of a “Kanye Western” themed party that was hosted by Sigma Phi Epsilon and Alpha Phi on Oct. 6.

The Mother Organization Coalition, which consists of nine student organizations, released a joint statement to the UCLA Student Media newsmagazines on campus to support fellow student group Afrikan Student Union. This coalition of student organizations, housed within the Community Programs Office in the Student Activities Center, except for Queer Alliance which is housed in the LGBT center, continues to advocate for underrepresented communities at UCLA by providing outreach and retention programs for students.

Please read the statement written by the Mother Organizations below:

We, the American Indian Student Association, Asian Pacific Coalition, MEChA de UCLA, Muslim Student Association, Pacific Islands’ Student Association, Queer Alliance, Samahang Pilipino, and Vietnamese Student Union at the University of California, Los Angeles (UCLA), are part of the Mother Organization coalition, a coalition of student organizations at UCLA created in response to the low numbers of students from historically underrepresented communities on our campus. Having systematically been restricted access to educational institutions and denied rights in this country, we are in solidarity with the Afrikan Student Union (ASU) in their demands to hold the university accountable in implementing practices and policies to support black students and students of color on campus.

In just the past five years at UCLA, there have been many counts of racial discrimination on and around campus that specifically target students of color:

While these are recent acts of discrimination, racial discrimination, and micro aggressions committed against black students and students of color, many more go unreported for a myriad of reasons, including the fear of backlash and invalidation of one’s experiences. The denial of systemic oppression at UCLA creates a harmful environment affecting the lives and wellbeing of many Bruins of color. We affirm the right to an education and campus climate where our ethnicities, cultures, backgrounds, and identities are respected, honored, and celebrated appropriately. In recognizing the racial stratification and oppression of students perpetuated and aggravated by the lack of action by UCLA administration, we, the aforementioned organizations, are in solidarity with the Afrikan Student Union. We call upon Gene Block, Janina Montero, Jerry Kang, and the rest of the UCLA administration to fully honor and implement ASU’s statement of demands, as well as demonstrate UCLA’s True Bruin values of accountability (I will be accountable as an individual & member of this community for my ethical conduct) and respect (I will respect the rights & dignity of others).

The Importance of Student Protesting in India
January 24, 2020

The Feat Behind the Harvard Affirmative Action Lawsuit
October 4, 2019