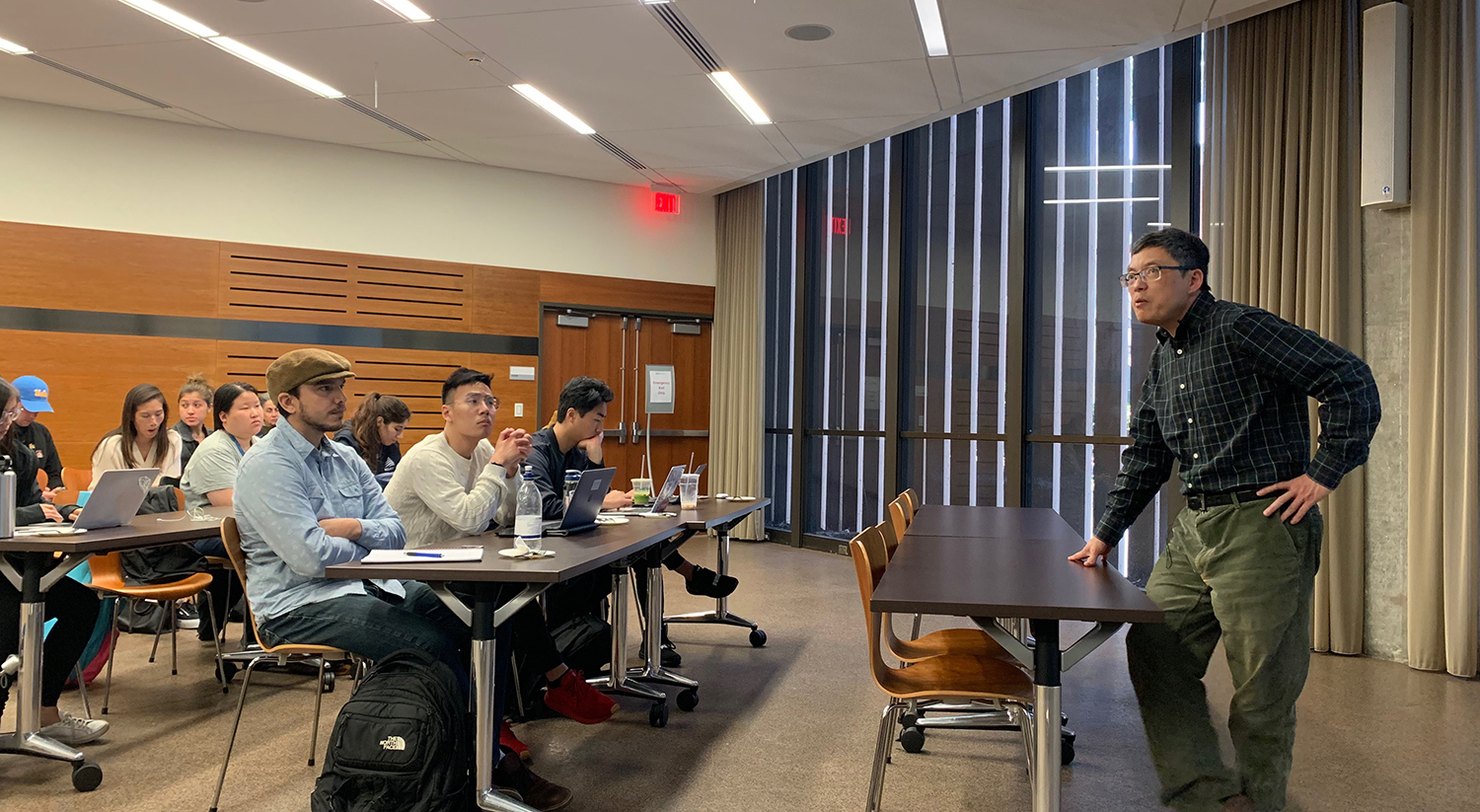 On May 16, Professor Minqi Li from the University of Utah visited UCLA to give a presentation, titled “United States, China, and the Crisis of Capitalism,” which focused on the U.S. and China’s foreign relations though historical and economic lenses.

Hosted at the Young Research Library Main Conference Room, the event was organized by John Kao and his students from the Asian American Studies 171A: Critical Issues in U.S.-China Relations class.

Having attended Beijing University from 1987 to 1990, Professor Li directly experienced the early stages of China’s rapid industrialization, to which he also dubbed the years when China adopted a state controlled capitalist economy. He was also active in the Tiananmen Square Protests of 1989, which called for democratic reforms in the government.

On the topic of U.S.-China relations, Li first recounted major events of modern Chinese history, including the Opium Wars (1839~1860), the Communist Revolution (1949), and the Reform and Opening Up (1978). He outlined how the U.S. made both antagonistic and friendly gestures during these eras and how the legacy continues today in its most recent manifestation: the U.S. China Trade War.

Li then offered an economic analysis of the two countries, pointing out that the U.S. has many economic reasons for beginning the Trade War. For instance, China’s Gross Domestic Product (GDP) is expected to overtake the U.S. GDP in the next few years.

In addition, he also discussed issues that the Chinese economy is facing, such as environmental impacts due to heavy industrialization, depletion of natural and human resources, and worker exploitation.

Li argued that the negative economic developments that the two countries are experience are consequences of the wealth accumulative nature of capitalism.

For both the U.S. and China, Li believes that the best way to address the impending or current economic crisis is to adopt and implement a sustainable economic model — global socialism — in order to mitigate or reverse the negative effects of a capitalist economy.