Los Angeles Riots: A Transition in Identity for Korean Americans 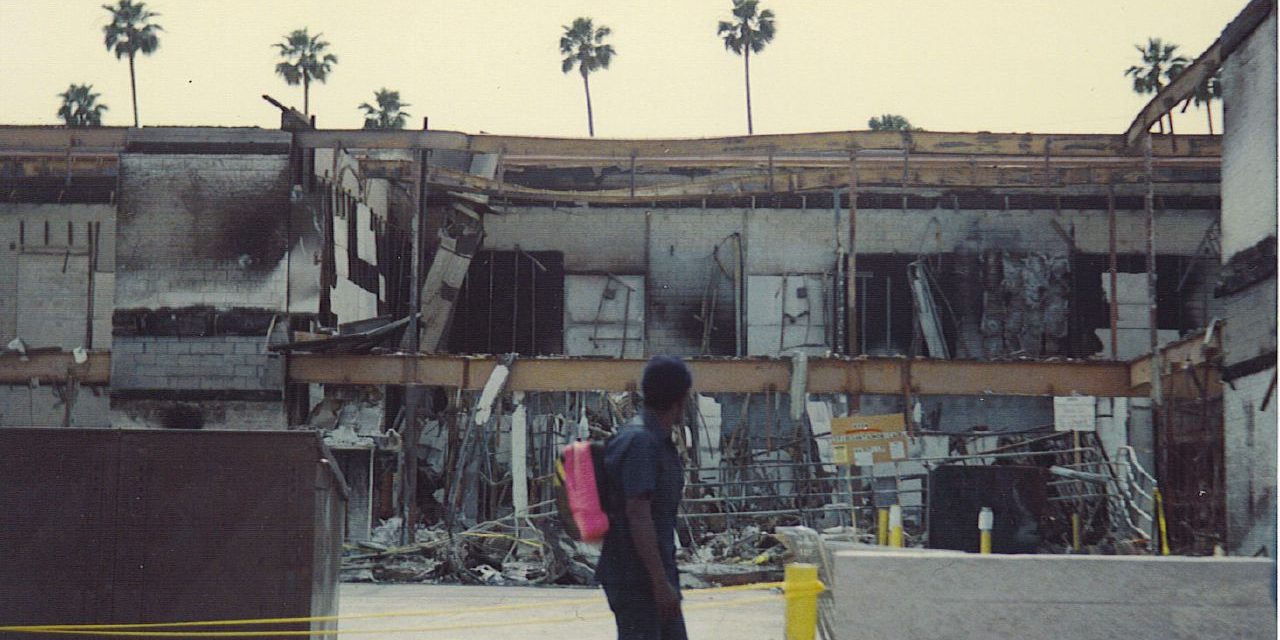 Han Kim was in the fourth grade when his mother unexpectedly picked him up from Hancock Park Elementary School on April 30, 1992. The UCLA alumnus would soon realize the Los Angeles riots, or Sa-I-Gu, that consumed Koreatown was only the beginning.

Four LAPD officers were acquitted for the beating of a black man, Rodney King, on April 29. Riots quickly spread across what was South Central LA and into Koreatown, lasting for three days. The riots came with tremendous loss: 55 deaths, 12,000 arrested, and over $1 billion in property damage, $400 million of which was to Koreatown shops.

Once the riots subsided, the Korean American community quickly rallied and marched through Koreatown, calling for peace and condemning the injustices that occurred.

“This [was] something right to do. … We want people to be heard. [We want] justice, equality, reparations for this riot,” said UCLA alumnus Kevin La when he participated in the demonstration as a first-year student.

Simultaneously, the riots forced the community to self-reflect on its social and political positions in relation to American society. The riots made them realize their invisibility.

“At that time, in ordinary Angelenos’ mindsets, Koreatown didn’t exist as a public space, as if it didn’t belong to the U.S.,” said Kyeyoung Park, an associate professor of anthropology and Asian American studies at UCLA. “We had a Korean American community, but it was not read as really an American community.”

Being a part of American society required more than selling goods, as noted by Angela Oh, a prominent spokesperson for the Korean American community following the riots, in a 1993 New York Times article. Korean Americans needed to engage in American politics and with other communities.

“[Many Koreans] did not want to become American citizens. No one claimed Korean American-ness. They were very proud of being patriotic Koreans. [But] when Sa-I-Gu happened, it really became a turning a point, a wakeup call, a watershed event. … Economic success alone is not [good enough],” said Edward Chang, professor of ethnic studies at UC Riverside.

Korean American historian and activist Philip Ahn Cuddy expressed, “Let’s say with voting – ‘We’re Koreans. We’re voting as Koreans’ versus saying, ‘We’re Korean Americans. We’re part of the political system. We need representation. We need community leaders and government leaders.’ The younger [generations] are the ones that said we need [the latter] to become empowered. … To become recognized, we need to have a platform that’s American.”

Koreatown still has a ways to go in terms of politics, according to Chang. The neighborhood is part of multiple city council districts, which has very few Korean Americans in council seats.

However, socially and ethnically, Koreatown changed. It has become a popular location for socializing and food, filled with English signs and people of different backgrounds. It is far from invisible for any visitor.

“Koreatown is really a place to go for a lot of young people, regardless of your ethnic and racial background – all you can eat barbecue, K-pop, Korean wave. It’s becoming a mecca for younger folks to spend the night life,” Chang said.

Park said, “Koreatown became a really multiethnic and multiracial neighborhood. I think [the riots] really changed everything, politically and then also socially.”