Living in the Rough 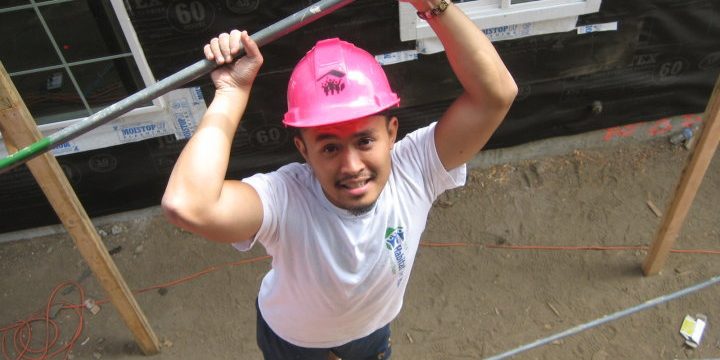 Stephen Bingcang left for El Salvador during winter break with UCLA Habitat for Humanity (H4H). He left because he wanted to help. Bingcang, a fourth-year Anthropology student, saw houses destroyed by floods and people without homes. Even though there was a language barrier, he volunteered to help build and fix these buildings.

“I didn’t understand Spanish, but I could tell the [future tenants’ had] gratitude through their smiles,” said Bingcang.

He is all about community service, travel and the outdoors, and a simple lifestyle. He’s interested in visiting new places, without having to know anyone there.

Bingcang prefers living with minimal resources, minimal money, talking with the locals, and getting lost. El Salvador and Peru were two places that gave him that opportunity.

“He’s very outdoorsy and doesn’t pack a lot,” said Sheila Rouzitalab, an undeclared second-year student and fellow volunteer. “He doesn’t need anything extra. He can get by. He’s all about the experience.”

From volunteer experience, Bingcang said that sacrificing his time to help others might not seem like a big deal, but that sacrifice impacts other people.

“I learned to appreciate that,” Bingcang added.

He also said he didn’t realize he would become as active in this type of student life.

“I thought people would be a little vain [at UCLA] because it’s so close to Hollywood and Beverly Hills,” he said. “After the Activities Fair, I met people and joined groups. I eventually found my niche.”

That niche is hands- on community service. He tried tutoring and mentoring students, but he found that H4H fits him more because it relies on manual labor. He’s into physical activities.

Before moving to the U.S., Bingcang lived in the Philippines until he was 11 years old. He says the U.S. feels more fast-paced compared to the Philippines.

“I want to go back to living life easily,” Bingcang said. “Interact more with people instead of being harassed by technology, smog, and cars.”

Involvement in community service and an interest in travel reeled him into joining the Peace Corps. He wants to volunteer in South America.

“I just hope I become a better person after the two years I spend there,” Bingcang said. “I also hope to enrich the lives of the villagers I’ll be working with.”