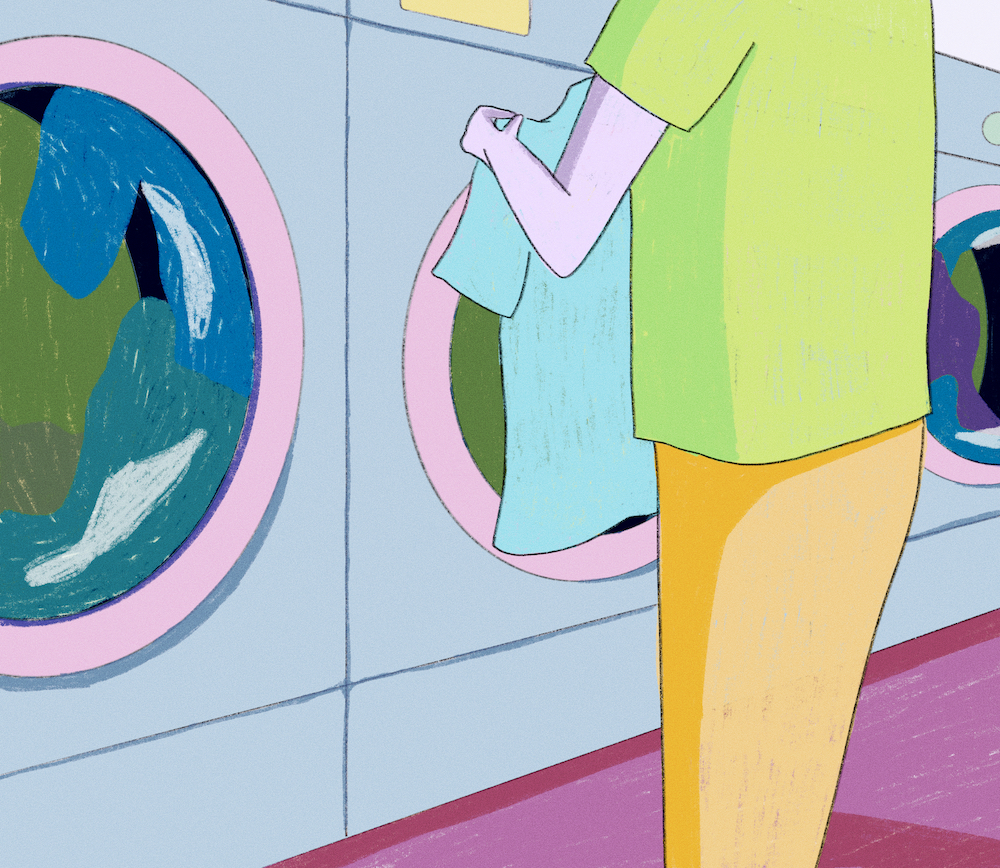 When we first moved to California, Woodview Apartments didn’t have in-unit washers or dryers. At the toddling age of four or five, I helped my mother haul our basket down the creaky steps, across the street and into the separate building for laundry. While waiting for the load to finish, I curled up in bed next to her, as we watched “Winter Sonata” on a laptop perched on the pale, green ironing board for the third time. I just wanted to play Pinball Space Cadet. But the chances of my mother talking to neighboring strangers in the complex – in a non-native language, long enough for me to play a round of pinball – that was a definite no-go. I waited for my father to come home instead and made him watch me play.

A couple years and several job promotions for my father later, we had our own house in picture perfect suburban Chino Hills, where idyllic ratios of green grass, pale concrete and lazily winding asphalt divided the neighborhood. We inherited the laundry machines of the previous homeowners that were in fair working condition. My new chores consisted of: hanging up wet clothes, and only using dryers for things like towels; reading English documents with words a little too long; and proofreading legal emails that were a little too difficult for a child of eight, nine, ten. I read a lot during this time, mostly in the car. It coincided with my miraculous acquisition of prescription glasses at the tender age of seven.

In my grandparents’ apartment in Taipei, Taiwan, the laundry room was a closed balcony that rimmed the perimeter of their unit. The little washer rumbled noisily, and I missed the convenience of our new LG washer, sitting dustily in Chino Hills. There would still be a month before I heard its jaunty jingle signaling end-of-cycle again. I used a pink plastic hook to hang the wet clothes off the metal rails in the ceiling and opened the window for large trees that enticed blood-thirsty mosquitoes to enter the complex. Clothes always took at least two to three days to dry; so saturated was the air with humidity that a step outside a cushy, air-conditioned room would stick my shirt to my neck in seconds. In the meantime, I pushed open the sliding door to the tatami room. I was eager to open and sort the dusty suitcases, as if they held secrets other than the unending matryoshka of suitcases.

The washing machines of our apartment complex in the heart of Westwood just barely worked. I eyed the coin-eaters distrustfully, aware that my growing pile of laundry could not be vanquished with only pure spite. Three of the washers were flooded with gray-blue water, and two of the dryers sputtered sadly. The third dryer, the one everyone thought was broken, would be my money-saving loophole. When I pulled my damp clothes from their slapdash cleanse, I pushed the same quarter through the dryer five times, and it beeped with machine intelligence at each step of my swindling act. Saving money, living better, I sing-songed in my head. I exhaled triumphantly when the dryer started to rumble, then set the timer on my watch. Perfect – 35 minutes to watch a lecture on 2x speed and eat dinner at the same time.

One of my earliest memories was of me sitting in a laundry basket, with my cousins swinging it between them. I remember the faint smell of detergent and the little swoops in my belly every time the basket rushed forward. Muted colors and fuzzy outlines of words being spoken. A time when I didn’t know anything except the swaying, like a boat on a meandering journey – except there was nowhere I had to go.