You are here:
CREATIVE 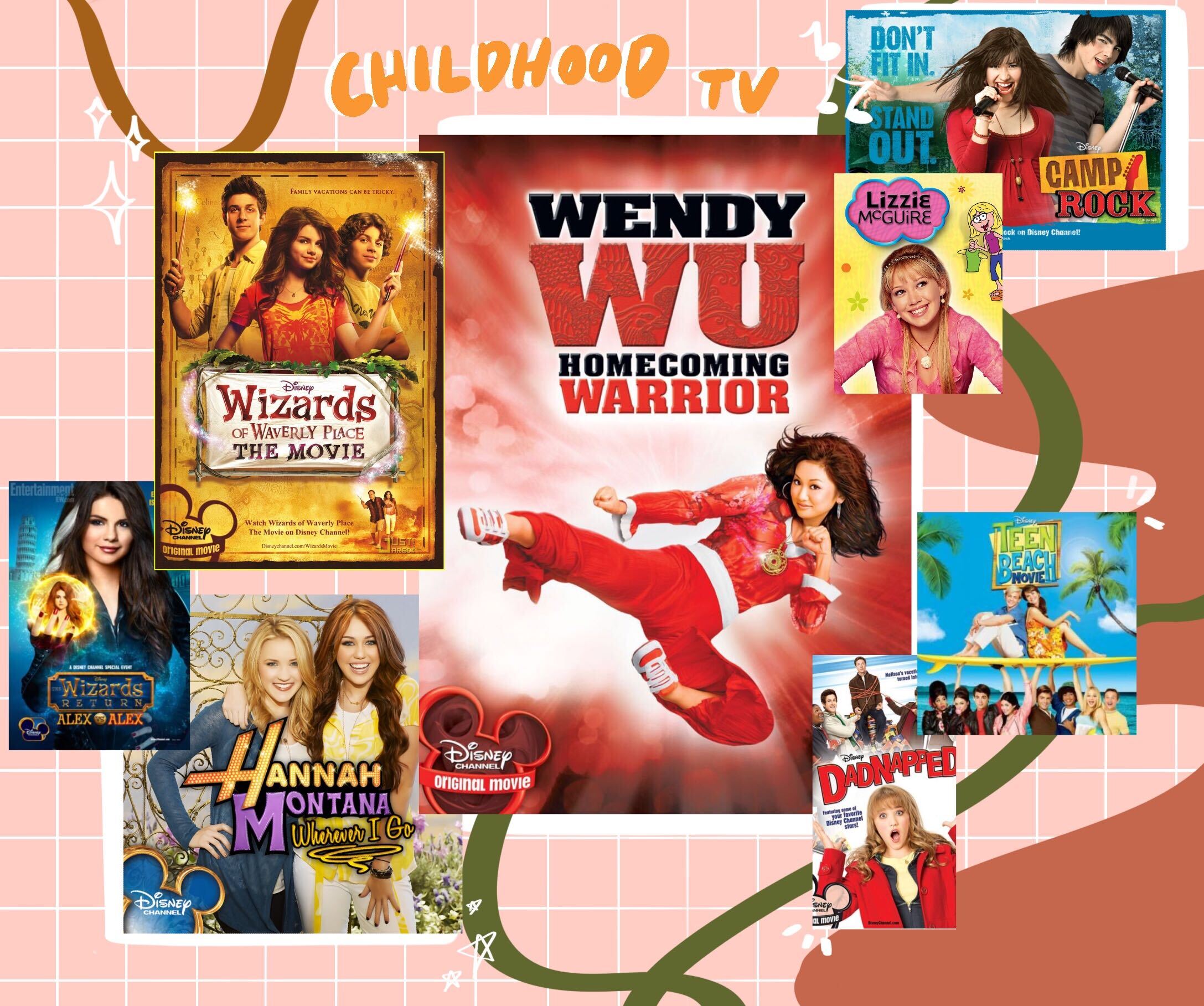 No. Boring. Seen it. The flash of the TV goes off as I scroll through channel after channel, lying on the worn beige couch in my living room. At this point, I may have easily breezed through well over 20 channels as I lazily point the remote at the changing screen. From period dramas to action blockbusters, nothing seems to grab my attention.

Lately, it seems as if all movies and TV shows are sequels, prequels, reboots or redos. Where are the crazy original adventures? Where are the hilarious and cheesy shticks that I know will make me laugh for days? Where is that feeling of joy that I would get from pure, uninterrupted entertainment?

“That’s it,” I think, a light bulb sparking up over my head. If there is one thing I can count on, it’s the movies from when I was a kid.

Excited for the nostalgia to hit, I hurriedly switch the HDMI cable to go to streaming. Thank goodness for Disney+. Scrolling past the new releases and the trending shows, I guide myself to the sanctuary of my childhood: Disney Channel Favorites. Now, I have always loved the classics Disney used to feed my never-ending appetite for TV. There was “High School Musical” and “Wizards of Waverly Place,” and don’t even get me started on “Good Luck Charlie.” But there was one movie in particular that I always felt drawn to when I was younger:

“Come on! Come on! It’s about to start!” I shout to my brother upstairs; I wouldn’t dare move from my seat right in front of the TV. In fact, I inch as close to the screen as I can, almost to the point where I can see my reflection in it. I can’t wait. Disney is finally showing it again. Tonight only, they will show the best movie ever: “Wendy Wu: Homecoming Warrior.”

“I don’t get why you like this movie so much,” my brother says as he hops down the stairs.

“Uh, only because it’s the greatest movie ever,” I reply as I flick my head back at him quickly, hoping I didn’t miss a second of the opening.

“Wendy Wu: Homecoming Warrior” is about a Chinese American girl in high school trying to stop the evil Yan-Lo from taking over the world as her reincarnated ancestors, all while trying to win homecoming queen against her rival, Jessica. What more could you ask for? There is cool karate and Wendy doesn’t look like the other Disney girls. Her black hair and brown, almond-shaped eyes stand out against the pale skin, blue eyes, and blonde hair of the rest of the characters. For the first time ever, I see someone like me on the TV.

When I see a movie, it’s the best friend character that is my favorite. Why? Well, she looks like me. She doesn’t even have to be Asian. All she needs is dark hair and that is the closest version of me that I see. I am counting the seconds down waiting for more scenes with those characters, but there’s hardly any in the movies I see. They don’t get to go on cool adventures like the others. No, they are stuck in the background.

But no. Not Wendy. Wendy is pretty and popular, even in a white-dominated high school. She focuses on fashion and having fun, not just being smart and a bookworm. She also can do magic kung fu moves. As I stare at her on the TV in her gold dress fighting Jessica aka Yan-Lo aka the big bad guy, I think I can be the main character too.

As I grab the remote to exit out of the credits, the ending Chinese instrumental comes to a stop. Sitting on the couch, I do feel some sort of nostalgia for the movie. I remember how I felt back then, how happy I was to watch someone like me on the screen. But now I realize there is another feeling there. There is something in the back of my mind telling me that some things portrayed weren’t okay.

When I used to think about this movie, I thought it was ahead of its time, considering Disney’s other works back then. My younger self saw someone I could look up to. I found myself in a new outlet that I couldn’t find anywhere else.

But rewatching the movie now, I see the way it has harmed the Asian community. I felt as if it made being Asian more exotic. While watching the scenes unfold, I found myself questioning why Hollywood felt the whole Chinese culture was something supernatural. I mean the monks had super speed and kung fu gave you magic healing powers. There is an allure to the Buddhist culture, with practices that the general American public do not take part in, but it for sure isn’t what the Western world believes to be as magic. You don’t see outsiders view Catholicism as the same and you never see them do this with their other movies.

Tara in “Radio Rebel” got to have a secret alter ego her classmates didn’t know about. Mitchie in “Camp Rock” got to live out her dream of being a singer. Those movies have nothing to do with race. So why is Wendy’s whole story focused entirely on being Asian? The movie doesn’t even do this well and sends mixed messages about expressing ethnic identity.

There were moments when Wendy wanted to erase the Chinese culture around her like  westernizing Shen, her Buddhist monk teacher, or replacing the elder monks with her white high school teachers. Then there were other moments when she would try to profit off of her ethnicity. Her white friends even suggested that Shen campaign for her homecoming votes by passing out chopsticks while dressed in his traditional monk attire. It makes me wonder, Should I embrace my heritage or be embarrassed by it instead?

Asian culture is something that should be normalized instead of being seen as mystical. Not every Asian person knows kung fu or is a supernatural Buddhist, but we need to be acknowledged in everyday scenarios. While kung fu and Buddhism are regular parts of the Asian culture, Hollywood pushes it to the point that they are now stereotypes. The two can still be qualities depicted but a Asian character’s personality should not be focused entirely on them. Asian characters can still be the main characters without playing into stereotypes. While “Wendy Wu: Homecoming Warrior” will always be a favorite of mine from my childhood, I think it’s time I change the channel to something new. So I grab the remote from its place on the arm of the couch and look for a different movie to watch.