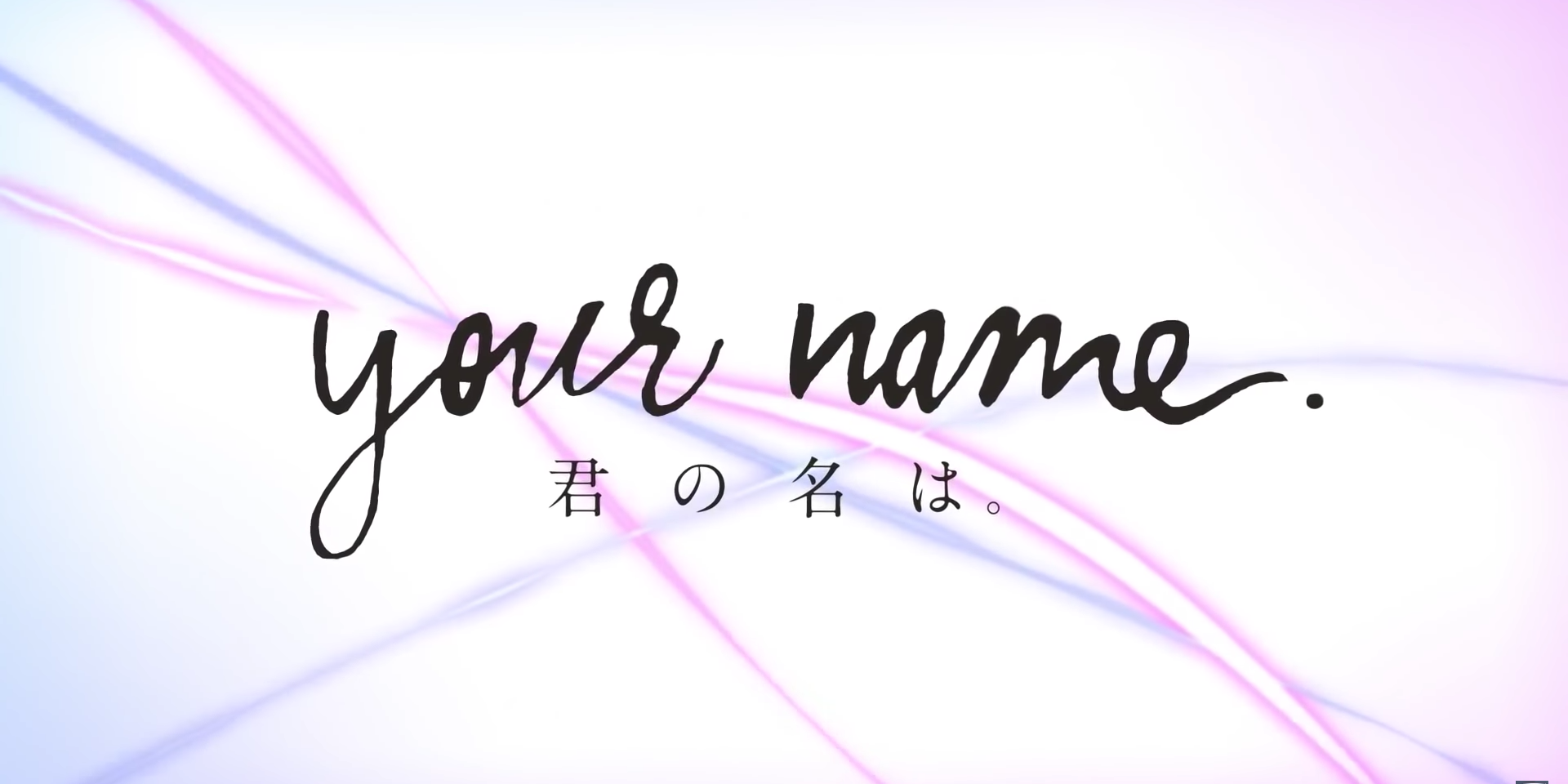 Critically acclaimed, “Your Name” has a 98% Fresh rating on Rotten Tomatoes and has been released in select theaters in the United States since April 7 this year.

With a high audience approval rate and positive critical reception, the director of the animated feature, Makoto Shinkai, has been praised and even dubbed as the “New Miyazaki” of his generation of filmmakers.

“Your Name” is story about a countryside girl Mitsuha, who helps run the family shrine, meeting an ordinary Tokyo boy Taki, who aspires to be an architect, through a series of mysterious but purposeful body swapping in their dreams.

Like Studio Ghibli, Shinkai and his team uses the traditional animation method. In other words, each frame of the film is hand drawn.

Both Shinkai and Miyazaki excel at eliciting emotions from their audiences and pay meticulous attention to details — all Miyazaki characters have their own habits and unique quirks, and Shinkai’s backgrounds are breathtaking with an emphasis on the usage of light.

However, Shinkai himself, in an interview with The Hollywood Reporter, said that “I don’t [think] there is anyone who can make films like him [Miyazaki].”

Stylistically, the two have different approaches to a film. Miyazaki’s works tend to have a focus on a character’s journey, and he does not have the story finished and ready when the production starts.

Shinkai on the other hand would have a very complete story board and even voice over the characters himself. In the case of “Your Name,” Shinkai had been writing the screenplay since spring of 2014.

Another fundamental difference is that Shinkai and Miyazaki have different target audiences and messages.

Miyazaki’s world is usually fantastical and imagined while many of Shinkai’s stories and settings tend to be based on the real world.

In the same interview Shinkai explained: “There is… the factor of eras: When he [Miyazaki] began making anime, it was during the time of rapid economic growth in Japan, and I think he felt his films had the power to change the world.”

Meanwhile, Shinkai said his inspirations are primarily from his own life experiences, environments, and, in particular, his own adolescence, saying that he “can’t draw anything with a sense of reality if it doesn’t come from a place I’m connected to with my own two feet…”

For the last decade, Shinkai’s works have been gradually recognized overseas, however, Western media has dubbed him “the new Miyazaki” or “Japan’s next-generation anime creator.” Shinkai thinks “that’s mostly because people in other countries think of Japanese animation as being just Miyazaki–san and then everybody else.”

Although central themes in “Your Name” overlap with those of Miyazaki films, they are presented in a different perspective.

While both directors can effectively appeal to audience’s emotions, they achieve this differently.

Makoto Shinkai is not the “Next Miyazaki.” It is important to not lump any successful non-Western creators in the same pile simply because of their predecessors’ similar success or ethnicity, but to rather acknowledge every creator’s work as an individual message to its audience.