You are here:
NEWSWeeklies 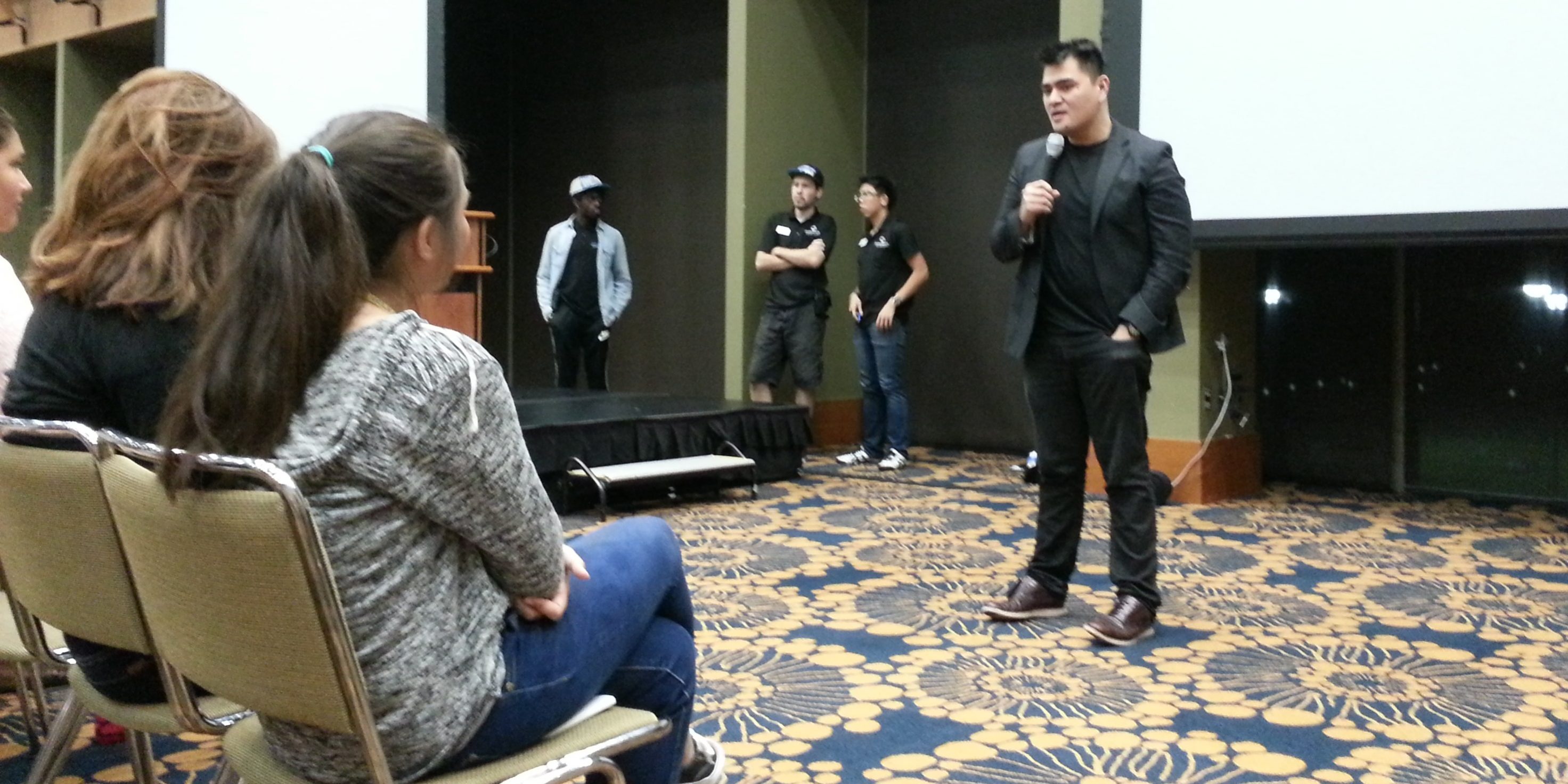 Pulitzer-winning journalist, filmmaker, and activist Jose Antonio Vargas attended a screening and Q&A for his documentary film, “White People,” in the Carnesale Commons Palisades Room October 15. The screening and discussion were part of UCLA First Year Experience (FYE) Office’s Art of Dialogue series as part of an ongoing effort to encourage dialogue about diversity and campus climate at the University of California, Los Angeles.

Born in the Philippines, Vargas grew up in northern California, and won a Pulitzer as part of the Washington Post team that covered the 2007 Virginia Tech shooting. As an undocumented resident, he has also become a vocal figure in immigration law advocacy. Vargas directed the MTV documentary “White People,” which premiered July 22, 2015, after three months of shooting and 50 hours of raw footage.

Vargas said he made the film because too often, conversations about diversity are frequently people of color talking about white people, and conversations about race exclude white people. The film also seeks to discuss what being white means, as Vargas puts it, “white is not a country.” Most of the 50 students who attended were students of color and had never seen “White People” before.

Vargas gave an introduction before the film, citing statistics about the growing numbers of Latinos and Asians in the United States. With this in mind, he said that the term “minority” is becoming outdated in communities such as LA, where white populations are beginning to dip below 50 percent.

The film starts with footage of Vargas approaching young, white people in the streets, describing his project as “a film on MTV on what it means to be young and white.” The film centers on focus groups encouraging young adults to speak openly about whiteness and race, and in-depth interviews with young adults and families.

Dakota, a gay white college student from South Carolina, attends a historically black college. He invites his black friends from college to meet his white friends from home. Vargas revealed during the Q&A that one of the scenes cut from the film showed Dakota’s white friend Miranda and his black friend Jazzmine talking about their heritage. Miranda describes her family as “Italian and proud of it,” but Jazzmine doesn’t know where her family is from. She said she tried to research her heritage, but couldn’t even find what country her family came from because her ancestors came to America on slave ships. Vargas commented during the Q&A that this illustrates the important distinction between forced migration and voluntary migration.

In a later segment filmed in Behnsonhurst, Brooklyn, the historically Italian neighborhood’s Asian population grew significantly in recent years. The Italian family he interviews expresses some frustration over the new language barriers and cultural differences, but the father of the family recounts how he was picked on by his classmates for being foreign and not speaking English when he moved from Italy to America at age five. Vargas says during the course of filming “White People,” he tried to get white people to realize that they were once immigrants too who experienced racism and culture shock.

Like many other white students across the country, 18-year-old Katy from Scottsdale, Arizona, felt that she was discriminated against in education because she felt that there were far more scholarship opportunities for people of color than for whites. Katy graduated at the top of her class, and was accepted into her top choice college, but was unable to attend because she did not receive enough financial aid. In reality, white students receive disproportionately more aid than students of color (though that doesn’t make the scholarship process easy for anybody).

In the Q&A, Vargas responded with an anecdote from his own family—his nephew was not accepted by UCLA and commented angrily (though wrongly) that it must have been because a black or Hispanic student was accepted in his place (he now attends UCSD). Many white students Vargas encountered also felt cheated, but Katy was the only one who was willing to speak about her experience on camera, according to Vargas.

Though critics of the film either say it’s an attack on whites or say Vargas isn’t critical enough of the people he interviews, student reactions toward the film were generally positive. Third year Alma Alvarado commented that she liked that there weren’t Latinos in the film because she felt Latinos are always shown as “the immigrant group.” Though third-year Jazmin Perez liked the film, she agreed with critics who thought Vargas was “holding white people’s hands” because people of color should also not be told how to react to issues concerning race.

During the Q&A, Vargas stressed the importance of empathy: “White People” is not about being racist to or attacking whites; it is about including everybody in conversations about race. As Vargas said, “Nobody wants to feel excluded for the color of their skin. By being direct, yet respectful, Vargas has produced a thoughtful film that opens up conversations for not only interviewees, but also viewers.”