Jade: a Color of Health, Luck, and Hepatitis B 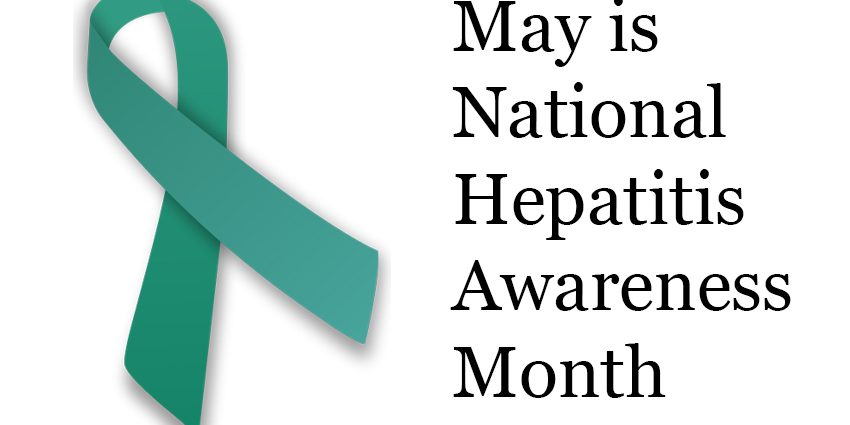 Like pink is to breast cancer, jade is to hepatitis B.

The color jade holds many symbolic significances to Asians, but perhaps most importantly, it represents hepatitis awareness. May is hepatitis awareness month, but organizations from UCLA, particularly Team HBV, are already preparing events to raise the disease’s awareness on campus. On April 21, Team HBV hosted a benefit concert to raise money for HBV outreach causes. In May, the team will be hosting their Annual Hep. B Awareness Week at UCLA. There will be carnival games, photo-shoots, and other various events. The goal is for students to get engaged, have fun, and learn about hep. B, says Hong Chen, Team HBV’s vice president of community outreach.

There are five types of hepatitis, yet hepatitis B is the most common and, possibly, the deadliest. Hepatitis B is characterized by a liver infection caused by the hepatitis B virus (HBV). Most often, carriers of HBV will exhibit no symptoms; the virus remains latent, and by the time symptoms are noticeable, the virus has already progressed too far, causing some sort of liver damage, according to a World Health Organization guide to hepatitis B. Based on a WHO fact sheet, one out of four HBV carriers will develop and die from liver damage, mainly liver cancer, or chronic hepatitis.

About 1 in 30 people worldwide are infected with HBV, yet for Asians and Pacific Islanders (APIs) specifically, 1 in 12 people people are infected. In just the United States, APIs “account for more than 50% of Americans living with chronic Hepatitis B.”

Asian Pacific Liver Center (APLC) senior nurse practitioner Mimi Chang calls hepatitis B an “Asians’ disease.” She also notes that the risk of developing liver cancer from chronic hepatitis B increases for APIs, jumping to 90 percent from the general 25.

Despite the high prevalence in APIs, hepatitis B is a highly preventable disease. In a 2013 physician’s guide to hepatitis B, the Asian Liver Center at Stanford University says, “The 3-shot hepatitis B vaccine series can provide lifelong protection against HBV, thus eliminating the most common cause of liver cancer … [The] vaccine is so effective at preventing HBV and liver cancer that the World Health Organization had declared it the world’s first ‘anti-cancer vaccine.’”

According to a WHO fact sheet regarding the hepatitis B vaccine, “The vaccine has an excellent record of safety and effectiveness…In many countries where 8–15% of children used to become chronically infected with the hepatitis B virus, vaccination has reduced the rate of chronic infection to less than 1% among immunized children.”

Considering there has been an extremely effective vaccine for hepatitis B since 1982, the prevalence of the disease in APIs is rather mysterious. Richard Liang, an assistant and intern for the Youth Leadership Conference on Asian and Pacific Islander Health, comments on this mystery, saying that cultural behaviors are a possible contributor. Asians typically keep information to themselves when it involves health issues.

There is a shame element to hepatitis B for infected Asians, so they remain silent, says Chang. “Many Asians believe there is a connection between IV drug [use] and hepatitis B. They think they did something wrong.”

Chen finds the silence over hepatitis B partly a result of historical discriminatory hiring practices in China, during which a job applicant that tested positive for hepatitis B could be rejected. In the 80s, the Chinese government required employers to conduct medical tests on job applicants, and based on the regulations and standards at the time, applicants with chronic hepatitis could not be hired. In the 90s, employment discrimination reached a point in which “provincial-level governments barred HBV-positive people from the civil service,” according to a study conducted by Yirenping, an anti-discrimination group that focuses on employment equality.

Despite current changes in hiring policies and lifts on restrictions, such discrimination remains. Yirenping discovered in a 2011 survey that of 180 state-owned enterprises, 61 percent still conducted HBV screenings and 35 percent would reject job candidates with HBV.

Because of these historical practices, the stigma of hepatitis B lingers intensely within Asian communities. Unwilling to risk becoming a weaker job applicant due to some illness, many Asians resort to lying or even cheating on the medical exams.

Mere unawareness and misinformation also play a part in the prevalence of the disease in Asian communities. Seven out of 10 people have hepatitis B but do not know about it, says Chang. “They may know about [HBV] but not the right thing. [There’s a] lot of misinformation.”

Many APIs incorrectly believe that HBV is spread by “sharing eating utensils, breastfeeding, hugging, kissing, holding hands, coughing or sneezing.” All in the while, they may continue to participate in activities that cause HBV transmission: contact with bodily fluids, which includes blood and semen; through sex; contact with infected blood on objects and during birth from mother to child.

“Out of ignorance, people don’t realize how people get hepatitis B. So [people living with hepatitis B] get that stigma that they got it because of their behavior choices. Rather, they were just born with it because those were just the conditions that their parents came from. Education needs to be out there,” says James Arima, a Japanese American Citizens League Seattle Chapter member.

The easiest way to resolve the health disparity is to get people talking about HBV, says Liang.

APLC is one organization that focuses on public education of and screenings for HBV. Typically, APLC organizes one to three health fairs a month at local churches in LA, targeting Asian communities. When people come, the volunteers try to grab them and get their attention to talk about hepatitis B.

Screening usually comes in the form of a blood draw. The blood sample is sent to a lab and the results are sent to the patients’ homes. However, the steps do not end there. APLC goes further.

“Not only [do we] screen, [but we] hold and navigate [patients] to care,” says Chang.

Chang expresses that APLC is very eager to help patients with or susceptible to hepatitis B and especially those who are financially troubled. “We offer one time or twice [without charge to check HBV] viral load, liver function and liver cancer.”

Team HBV does similar outreach and screening as APLC. At a typical health fair, Team HBV would first paper screen the patients by having them fill out a questionnaire to assess their risk for HBV. The information is entered into a database connected to the Asian Liver Center at Stanford University. If the patient is determined to be at risk for hepatitis B, they are screened via blood draw. The samples are sent to a lab, and the results are shipped to the patients’ homes.

Though the outreach programs are relatively localized, the expected results are still met. Patients come in believing they do not have HBV, but once they leave, their confidence changes, says Liang.

“I can see that people are more, more aware of hepatitis B. People call [APLC] to screen for hepatitis B,” says Chang.

Liang says people keep coming back to these outreach events to say “thank you.”

Every November, Team HBV volunteers at a health fair in the Monterey city hall. Chen notes that fewer and fewer people come for screening, not because the outreach program is failing but because much of the community has already been screened. “Once people are screened once, they do not need to be screened [again],” Chen adds.

Chang urges any Asians, especially from HBV-endemic countries — like Indonesia or China —, to screen for hepatitis B, even if they were vaccinated and screened in their homeland. Recollecting a patient case, Chang tells of a 20-year-old Vietnamese student who came to APLC with abdominal pain. She tested positive for liver cancer and hepatitis B. Though the student was vaccinated back in Vietnam, her HBV-positive mother was never screened or tested. The virus had already transmitted from the mother to the student at birth.

“It’s a big deal … Better to have checked than nothing at all,” says Chen.

For more information on the disease or for screenings, check Stanford’s Liver Center and APLC