Improving Community Health for the Disadvantaged, One API at a Time 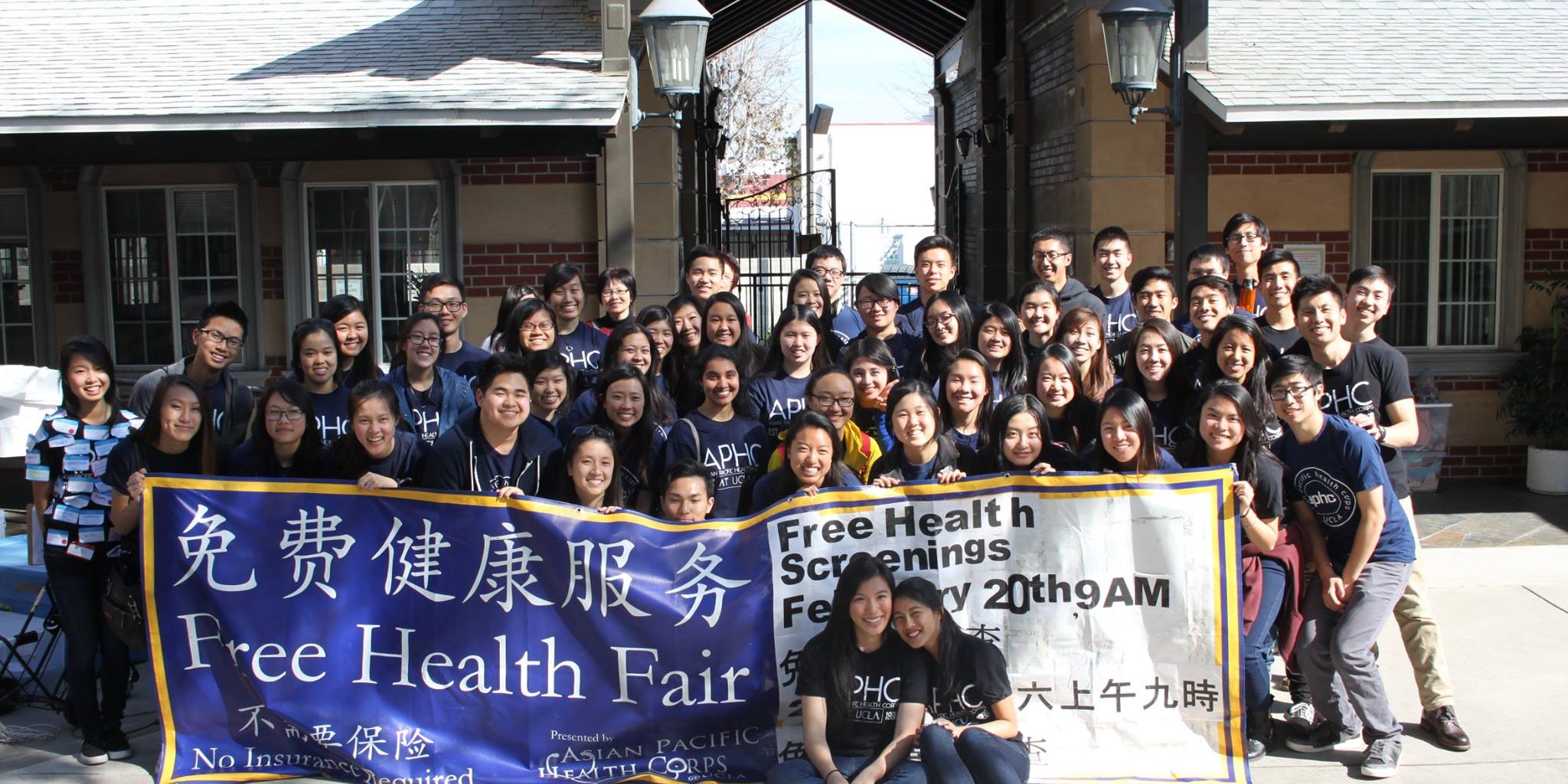 Founded in 1980, the Asian Pacific Health Corps (APHC) at UCLA is a student organization that aims to promote healthy lifestyles in Asian and Pacific Islander (API) communities. They serve disadvantaged APIs who do not have health insurance, do not fully trust their physicians, or cannot accurately communicate their problems.

Today, APHC offers educational programs and various services to combat risk factors for the two leading causes of death in the API population: cancer and heart disease. These risk factors include hypertension and high body fat percentage, for which APIs can get screened during health fairs, where APHC students make sure patients receive test results in their native tongue.

Raised in their clients’ communities,  some APHC members can teach their peers culture-specific manners and key phrases that these clients would understand. With the diversity of their volunteers, APHC hopes that they can provide their service recipients with a sense of comfort and lift the typical language and cultural barriers they face in their everyday life – even if it is just for a moment during their interaction with someone who understands their habits and background.

Starting this school year, APHC also raises awareness about current issues pertaining to API health by distributing relevant articles on UCLA’s campus. These educational pieces shed light on not only how API’s needs differ from those of the black, Latinx, or white communities, but also how API communities differ from each other in their susceptibility to particular diseases.

As Morgan Yee ‘19, an APHC article contributor, found during her research and writing, data from one API group often does not accurately represent all API groups. According to the California Department of Public Health, for example, heart disease causes 50% of deaths among the Hmong population, compared to 24% for the Chinese population, and 29% of the total population. Thus, APHC also strives to inform the UCLA community of such differences between API groups, like the Hmong and the Chinese communities, to prevent their respective needs from being overlooked.

“I was looking for ways to fight against legacies of racial injustice that APIs face today,” she says. “Since I was already interested in healthcare, I decided to look for organizations that address APIs’ need for health resources.”

At the Enormous Activities Fair, she found APHC and was thrilled that they were doing exactly that. Now, she is in her fourth year, and a leader of the APHC Programs Committee.

According to Yee, APHC hosts events with the dual purpose of teaching local APIs about community health and helping their own members with career development. To accomplish these two goals, they try to invite health professionals from a range of backgrounds. She has noticed that while East Asians are well represented in healthcare professions, other groups such as Hmongs, Cambodians, and Laotians are underrepresented, despite their growing populations in the U.S.

As APHC learns more about API health and API representation in the medical field, they hope to better understand their role in serving and representing these communities.

Currently, APHC is working on an educational video that reveals the challenges API communities face in accessing healthcare. “Our goal is to further explore the Model Minority Myth,” Yee says, “and how our misunderstanding of API communities manifests in unmet daily needs.”